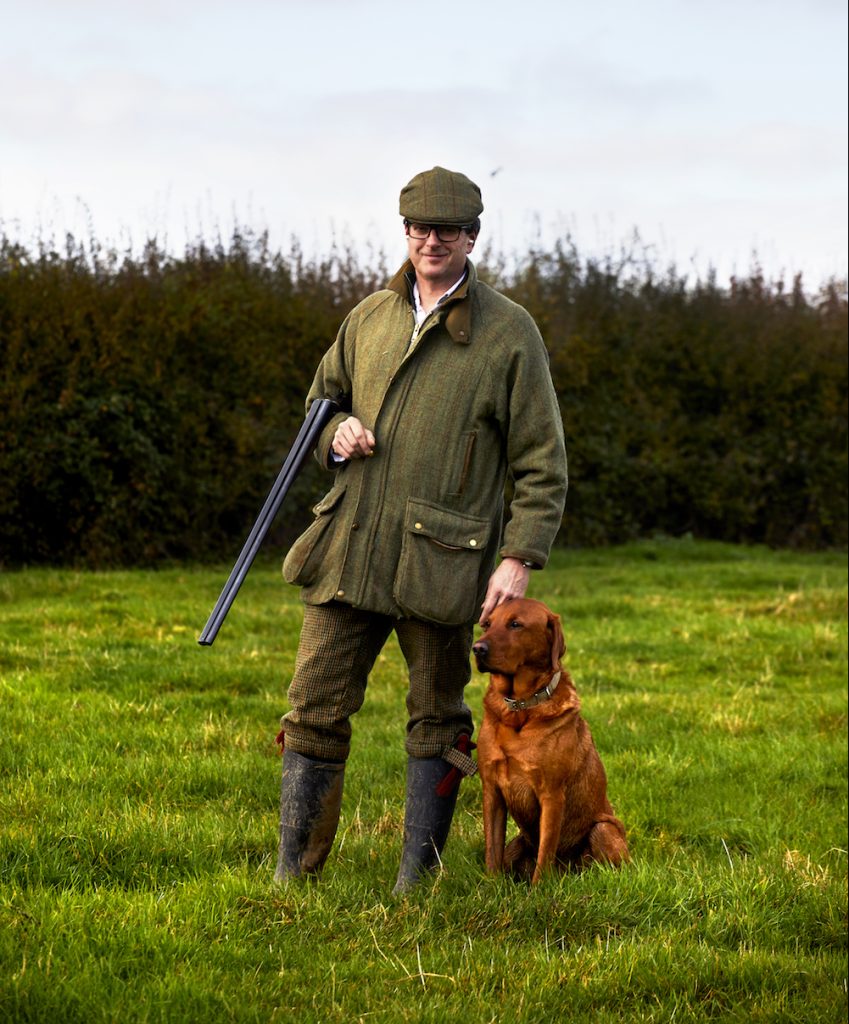 It is an issue that is hotly contested.

Some believe it is the guests.

Some cite the lunch, or indeed the dinner the night before.

I’ve even met people who think it’s the birds…

I can offer considerable insight into this issue because until recently I was the host of the world’s best worst shoot. You see it had so many of the elements that lined up to make it a contender as the greatest shoot. And when friends wrote their thank-you letters they often cited these elements as key to the wondrous nature of my shoot, or at least the day I took.

There was the location; a pretty rural spot slap bang in the middle of the country. Our home in Northamptonshire in fact once had a beech tree that my great-grandfather declared marked the centre of England. So we were accessible at an easy drive or train-ride from London, but could woo in friends from the north.

And the countryside, being gently rolling (which I, now living in north Somerset, realise is in fact simply flat) and green, and occasionally wooded and quite remote. The shoot that I took, around the tiny hamlet of Plumpton, was contained around a few acres which meant that we could actually walk between all the drives and get that unusual shoot thing called exercise. Although the lingering nature of my guests after each drive often meant that folk got left behind, or lost and the absence of a phone signal added more mayhem to the chaos.

We would walk from drive to drive and then pause at a cabin by a small pond for elevenses. And then walk for a further drive before stopping for lunch.

Lunch was at my old home Weston Hall. It was in our family since 1714 but we recently sold it as the advancing threats of tax and insurance proved its beauty could not balance the books. It’s now a fabulous memory of endless rooms, of centuries of English style, of a purple-walled dining room, a pink hall, grand portraits of ancestors and kings’ mistresses and wives, lacquer cabinets, beautiful commodes, four-poster-tapestry beds and a library deep in dark brown, leather-bound books.

But the low-ceilinged dining room was the centre of revelry. A rowdy dinner the night before, a perky breakfast and of course the shoot lunch.

I insisted on stopping for lunch at one. No shooting through for me. Lunch makes for a beautiful pause, and then the comedic haste with which friends must drink up so we can make a further drive in the afternoon.

The beaters would lunch down in the old kitchen, ploughing their way through cider and ale, their drinking having always started while we were still eating breakfast. The keeper Johnnie would be by his house, and our meeting point, from around 8am and dispensing sloe gin to his brigade.

The latter also being a key element in those thank you letters. One friend described the motley, bedraggled and quite often toothless crew as the scruffiest, most entertaining, and most rude collection of beaters he had ever come across. Who, as they dragged themselves and their spaniels through the cover, would jeer as my guns missed the birds they put up…

And back at the house, after that last drive, which often involved pigeons around some old farm buildings, there was always tea and cake in the hall. The fire would roar as it should, the central, round table covered in a flowery cloth and spread with a vast array of goodies.

Some would leave after tea, others would join me for a few whisky macs by the fire in the drawing room.

As I say, we had the elements to make it the finest shoot. Except there was another defining characteristic of the shoot, one reliable element, one unforgettable ingredient; or lack of. There were simply no birds, or very few.

Indeed one friend, a fine female shot, described it as ‘the shoot with no birds’. I would protest, because there was never no birds. There were just rather few of them.

My record, some six years ago, occurred when guests included Heston Blumenthal and Michel Roux Snr (I always liked to drop some cheffy legend friends among my oldest chums). I’ll never forget the day, a fine, crisp and cloudless day. The final drive was agonisingly beautiful. I stood at the bottom of a hill, cigar in one hand, gun in the other and listened as the chorus of beaters grew closer.

We were all lined up along a path and anticipated the glorious site of birds flying overhead for a clean shot against the deep blue sky as dusk gently approached. Closer and closer came the beaters, and then the glimpse of the odd dog came into view before being called back.

Any moment now, I thought, that glorious flurry, then a final few blasts, pheasants gathered, and back we would go for tea.

Except nothing rose from the ground, not a single bird ran forward, nothing flew, no shots were fired.

This was annoying because I was rather hoping we might add to the bag with this final push. Because the bag at the fifth drive had stood at three. Not three hundred, not even three brace, just three birds. And one of them I had shot between drives before lunch. There were so few around that as we walked to the next drive it didn’t seem such a sin to shoot a random pheasant that went over the heads of our party. Far from complaining, the keeper seemed relieved…

Still, we retired that day with what must be a world record. Six drives, three birds…

And believe me when I say I had some of the best, most generous and genuine thank you letters, and chums were queuing to be asked back the following year.

Other highlights over the years included a vicar friend, who didn’t tell me he had never shot, or that without his glasses (which he had lost) he couldn’t see anything, grappling with a shotgun, a then chief secretary to the treasury peppering the game keeper (who for once in his life actually lost his temper), Marcus Wareing shooting his first pheasant and being blooded, Johnnie accusing restaurateur Eddie Hart of hiding one of his spaniels in a feed bin (he hadn’t) and my friend Henry who, sussing the shoot, didn’t even bother getting his gun out of its sling during the drives.

Now we have moved to the South West I intend to achieve new records on our patch of land. There is a wood and a few acres and some pheasants fluttering around from neighbouring estates, some of which host vast shoots.

We’ll walk the land one way for a drive before lunch, then come back the other way for a second drive at dusk. That leaves time for a good lunch, a very good lunch. And that could simply make it the world’s best, best shoot. Who needs a mountain of quarry when there’s claret, casserole and the best of friends?