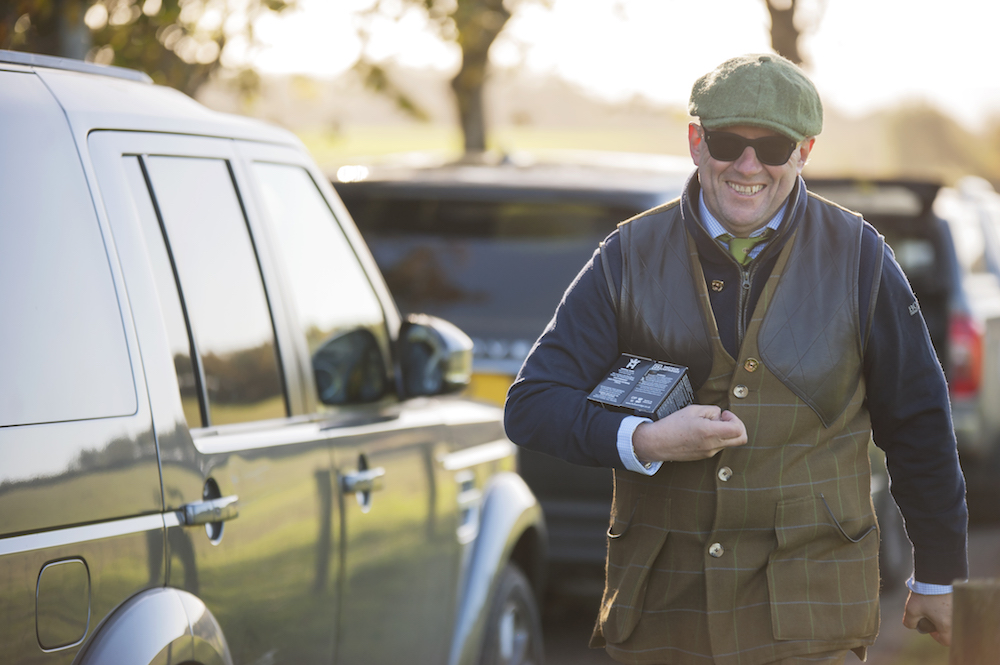 Founded in 1947, Hull Cartridge Company manufacture what are widely accepted as the finest shotgun cartridges available on the market today. Their award winning brands include the 2019 Game Cartridge of the Year, High Pheasant Extreme, and quarry specific specialist loads Driven Grouse and The Partridge Cartridge. Still a family business, now run by third and fourth generations, Hull holds a Royal Warrant for supplying H.M. The Queen.

As the shooting season starts in August it’s got to be a young grouse roasted, portioned and finally finished pan-fried with all the lovely trimmings. My worst recollection was staying at a hotel in Leicester and ordering partridge which had been hung for so long that it was inedible! But on a day-to-day basis, there’s nothing better than fresh breast of partridge quickly BBQ’d – absolutely scrummy.

And do you experiment in cooking with game?

As to experimenting with game cooking, I’m fairly traditional and not particularly adventurous when it comes to trying new things, and I do tend to stick to British species.

As a Yorkshireman, I’m really lucky to have fantastic shooting on my doorstep. I’ve hosted many shoot parties at the Black Swan at Helmsley. It’s ideally placed in the square, which is buzzing with shoot parties at 8.15 each morning. Bransdale Estate has its own shooting lodge and caters for private teams – it’s not far from Helmsley and is well worth a trip.

That has to be my first ever day grouse shooting with my father. I’d heard all about it and was thrilled to join his party. I remember thinking ‘Gosh that was easy’ and it’s been downhill ever since! Joking apart it is the most exhilarating of all bird shooting. To what lengths should shoots (and guns) go, to ensure as much shot game as possible enters the food chain?Let’s start with the Shoot Dinner the night before – game must be on the menu and I expect my guests to select that for either starter or main course. On the day, lots of my guests will ask the Keeper for extra birds. Hull Cartridge are supporters of both the British Game Alliance and the Country Food Trust. All shooters should be encouraged to eat their game through the year, so remember to get those freezers stocked up at the end of the Season.

Local restaurants in our area always have game on their menus, it’s so important that we eat what we shoot. I’m known for my banter on Instagram so for me it’s #eatwhatyoushoot and #fieldtofork. 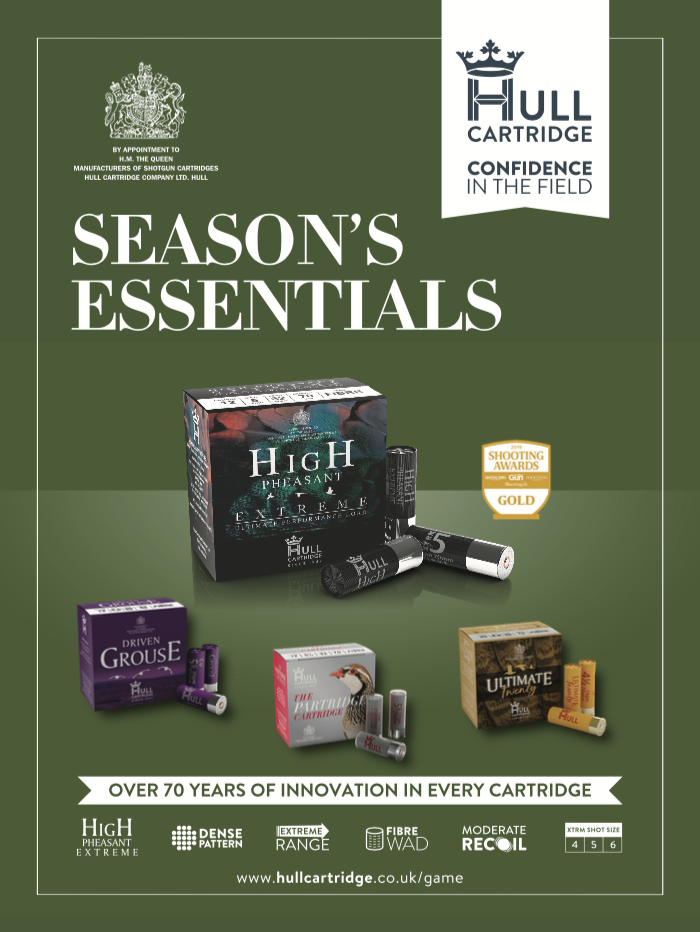 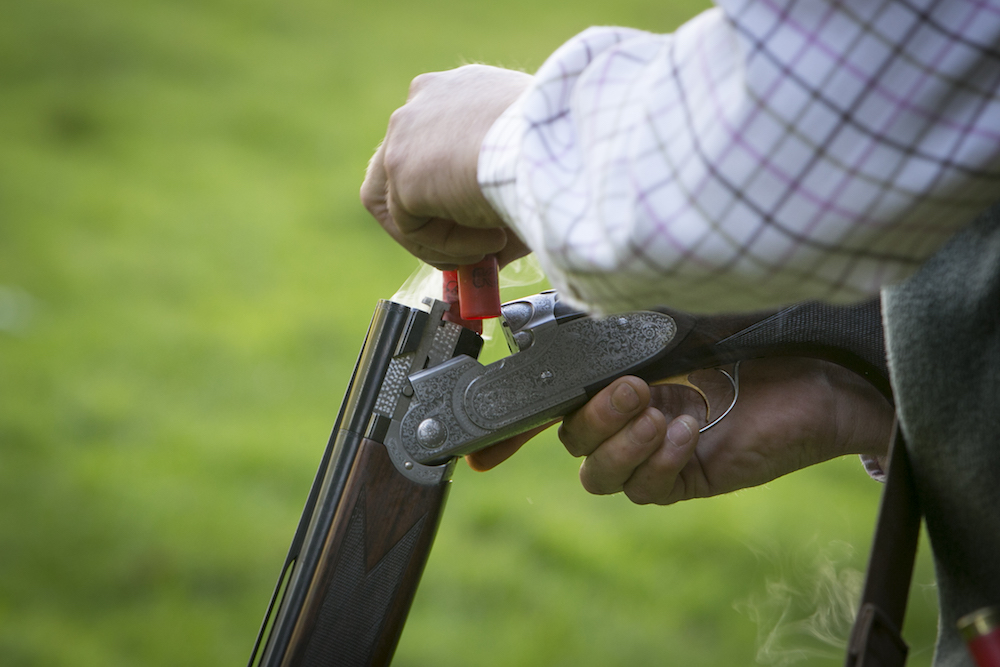 I am really only a bird shooter – I have shot in Spain on several occasions and being able to sit outside for lunch is something special in February! So I guess it’s tapas washed down with a nice glass of Rioja.

I’ve actually got 2 Teams. Hull is a family affair so let’s call them Team H – that’s my wife Patsy, my daughters Faye and Isabel, my son-in-law Sam and my sister Susan.

But lets talk about my B Team. DHB – Hull’s Shoot Captain. Robert Mountifield – never late, known to parachute in under the cover of darkness, special forces fit. Roddy Richmond Watson: always has a gleeful smile, a very efficient shot, likes to understate his achievements on the day. Huw Stephens – unassuming, a great shot, quietly nails them. Ed Solomons, coaching supremo with a razor sharp wit to match. Robert Everitt, my No2 in command – a passionate shot, likes to tell tall stories and will keep my team in order if I’m otherwise engaged. Never known to miss an opportunity. Daryl Greatrex, stalwart of the London gun trade, side-by-side or over and under he does what he must. Richard Jackson DL MBE, the master of ceremonies with many a tale to be told over drinks. And sorry, I need nine in the team for a day on the moor. Adam Calvert – he is Mr Grouse – if you need looking after he is the man in the UK.

And what would be your cartridge of choice?

Mmm, is this meant to be a commercial? My personal thing is low recoil, so for early season grouse it’s 28 gram 6: that means Driven Grouse to me. After that it’s 32g High Pheasant Extreme 5, a cartridge that will do the business anywhere.

You like cooking outdoors – what’s the most important thing to bear in mind when cooking and eating game in that environment?

I’ve been BBQing since the early 80s and there are two schools of thought – gas with a griddle hot plate, or the more traditional charcoal grill. If it’s lots of people it’s the hot plate, if it’s a small select band of people it’s charcoal. Pheasant burgers stuffed with gorgonzola cheese is a favourite, together with rabbit sausages which require just a hint of pork. I’m fastidious when cooking and handling game meat. It’s the flavour that needs celebrating – great wine – and of course, a fire pit. Finally, I love surprising and introducing non-shooters to game meat.