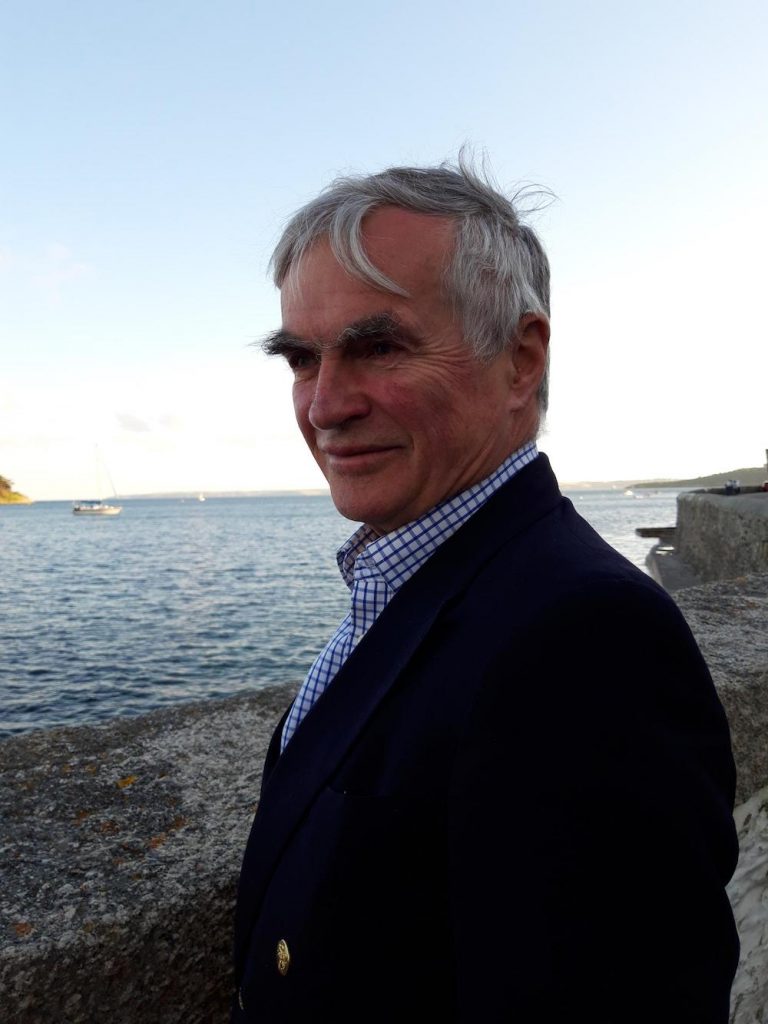 The saying “Do unto others as you would be done by” is a pretty good rule to run your life by but, of course, it has an obvious flaw. Not everyone has the same standards as you and many prefer to live their life by an alternative philosophy, abiding by the Darwinian theory of ‘The survival of the fittest’ or indeed subscribing to the proverb ‘Full speed ahead and the Devil take the hindmost.” If that is the case in life generally it is also regretfully often the case in the shooting field, where good manners are often forgotten or sometimes completely absent; not just by a fellow gun but by pickers-up as well.

But let’s start with one of my pet hates, the mobile phone. I mean really – are the people you are shooting with so unutterably boring that your telephone is more interesting than having a conversation with any of them? Well perhaps they are – goodness knows I have met some excruciatingly dull people out shooting and the odd thing is there is often a direct corollary between wealth and boringness. You might think it should be the other way round, and of course there are honourable exceptions, but as a rule of thumb it is pretty accurate. Following on from that, if we all agree that people using their mobile phones while out shooting are the pits; but are also, on the whole, rich; then the obvious solution is to institute hefty fines for the offence, the money, I suggest, to go to my favourite charity, The Game Conservancy. A hundred pounds seems about the right level to me; if they are in the middle of a ‘big deal’ – which is going to make them pots of money anyway – surely they will happily cough up the cash to be allowed to stay in touch with their ghastly office.

Now let’s turn our attention to the actual shooting. Firstly no one should use plastic wad cartridges. To do so is the height of rudeness. Would you like it if someone littered your garden with bits of plastic? Of course not, so don’t litter mine. Following on, do ensure you pick up your empty cases and either leave them in a neat pile, if your host has so instructed you, or put them in your pocket.

Actually I deplore cartridge makers who foist on us their wares in black or brown coloured cases, making them often virtually impossible to spot in long grass or vegetation. What on earth is wrong with red? 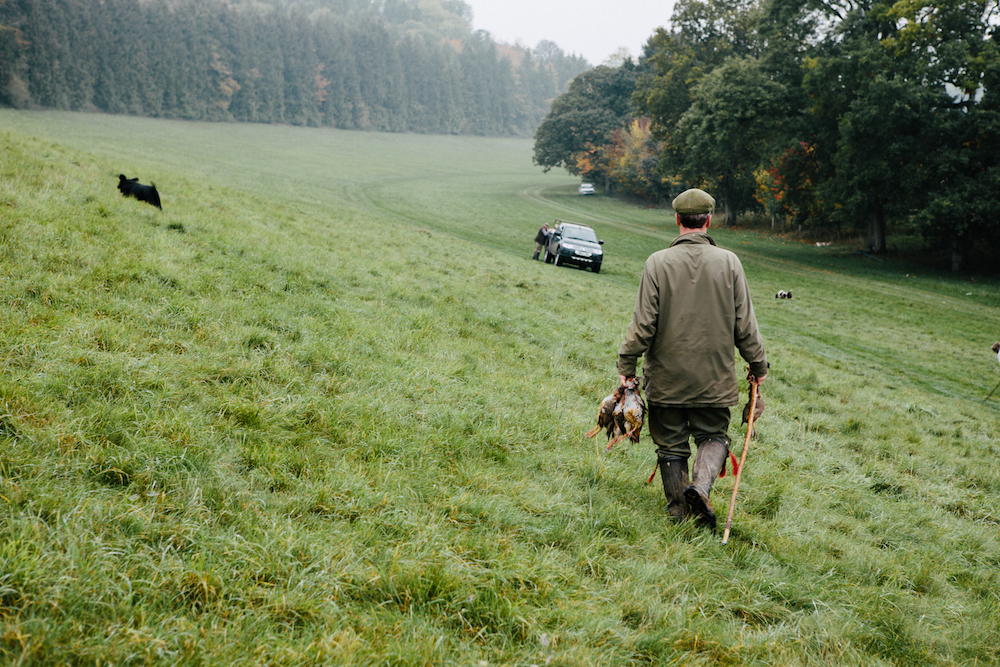 Francis Fulford gets it off his chest 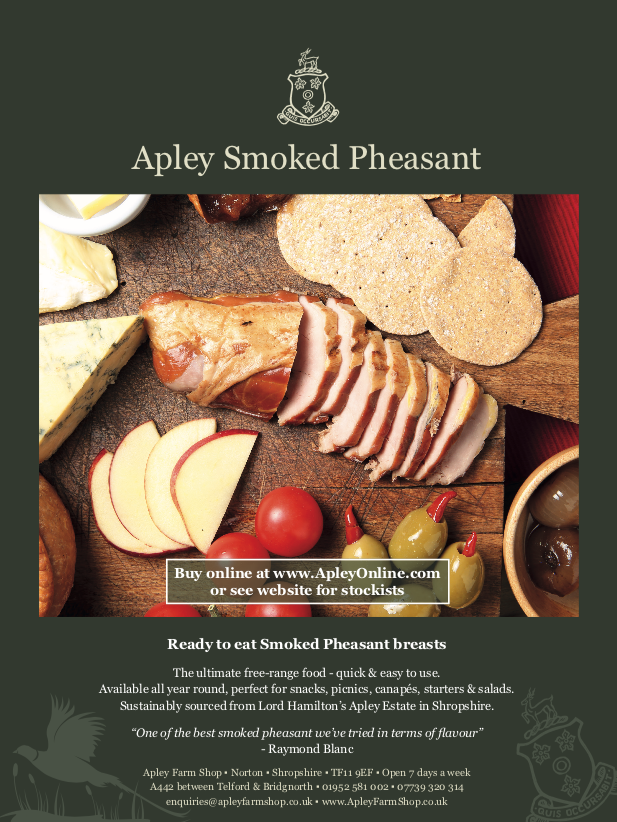 There has been a tendency over the last decade or so for keepers to place guns closer and closer together. The old rule of thumb that there should be a gunshot, roughly 40 yards, between each gun is now, for the most part, consigned to the history books, and today you are often not much more than twenty yards apart; sometimes even less. This of course makes it all the more difficult to ‘pick’ your bird, and makes it all the more easy for a selfish gun to shoot his neighbours’ birds. The first rule is ‘if it makes a better shot for him than you, leave it’; the second that if it is heading in your neighbour’s direction leave it, and certainly don’t shoot it over his head. Unfortunately there are some people who are just plain greedy and will disregard these niceties. If you are next to such a one do try and retaliate, though sadly that is unlikely to have much effect as such people are, annoyingly, invariably very good shots.

Back in the not too distant past there was no such thing as ‘leaving a low bird.’ My father indeed would have been incandescent with rage – and when he did lose his temper it was spectacular – if someone had left a bird and at the end of the day we had just missed out on getting the magic hundred. Those days are of course over and now, spoilt as we are, we all can and should leave what I call boys’ birds (unless told by our host not to).

Being deaf I have another grouse and that is being told that the drive will begin or end with a ‘blast on the whistle’ which normally means some pathetic high pitched squeak. What is wrong with a horn: much better, especially one with a low pitch.

But it isn’t just guns who need to mind their manners. I have been on shoots where the pickers-up were nothing short of a disgrace. Firstly they often stand far too close to the guns, virtually breathing down the back of your neck. This is not just disconcerting, it is incompetent picking up; they should be well back from the line of guns where they can be most useful in getting wounded birds as the dead ones can be safely left to later. As for bad manners the picker-up who lets his dog run round picking up dead birds during a drive is infuriating enough, but it is totally off the Richter scale of rudeness to do so when a gun has his own dog sitting patiently by his side waiting for his moment of glory at the end of the drive. The picker-up can clearly see the dog, so why behave like a complete imbecile? Once when I remonstrated with one such she said; “But we are told to pick up everything during the drive” To which I told her stupidity was no excuse and that if I had paid good money for this day her behaviour would have meant that I would have never ever come back. A friend of mine, who like many of us in Devon lets his shoot, was upset on his ‘owners’ day when a picker-up, not knowing him, behaved in such a manner. He said to him after the drive “You might have left a couple of birds for my dog”: the picker-up took two birds off his arm and chucked them on the ground, saying “here you are, two birds for your dog”. He never worked on that estate again.