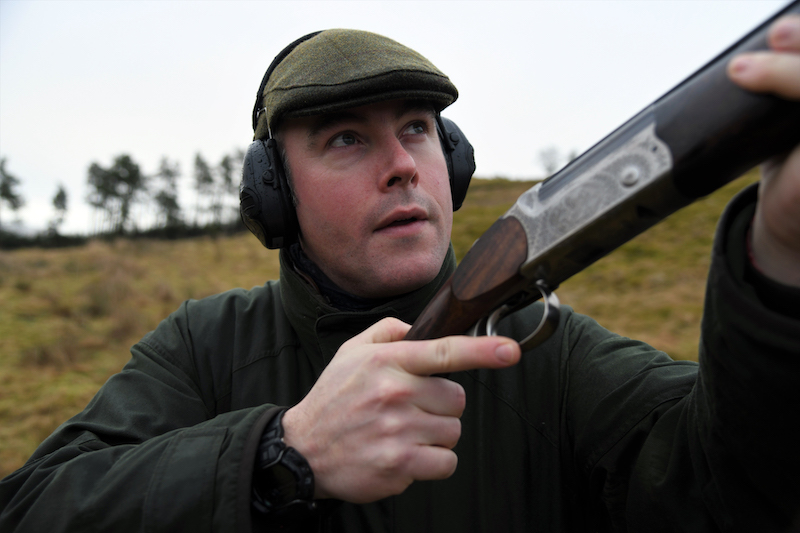 He lives in Royal Deeside, Aberdeenshire and has participated in country sports since childhood. Like many people engaged in rural life, Eoghan is concerned that society’s increasing urbanisation leads to misconceptions about how and why the countryside is managed, land use and particularly the provenance of food. He has a keen interest in addressing such misconceptions through education and engagement, thereby reducing the potential for division and conflict in future.

Eoghan is passionate about introducing people from all walks of life, especially young people, to country sports as an enjoyable, integral part of the fragile countryside fabric. He is particularly focused on promoting the critical role shooting plays in conservation and the production of wild, sustainable food.

Best is Clarissa Dickson-Wright and Jennifer Paterson’s (The Two Fat Ladies) whole partridge braised with savoy cabbage, paprika, cream and juniper berries. It is easy, so delicious and I can’t get enough of it. Worst is probably one of the ‘experimental’ mixed game stir-fries I imposed on my fellow students at university. Thankfully my cooking has improved a little since those days!

Not really, although I’ll admit to not being the world’s greatest fan of wigeon. I find there is a faintly earthy flavour which leaves me slightly ambivalent about it. That would be clutching at straws, however, as I definitely do eat it. The best shooting property you’ve stayed in? Gallanach Lodge on the Isle of Muck, all day long. Owned by Toby and Mary Fichtner-Irvine, it’s a purpose-built lodge for guns on this accomplished, exhilarating shoot in the Small Isles. The views from almost any part of the island are breathtaking, but none more so than the vista from the terrace over the southern peaks of the Rum Cuillins and the Isle of Skye. The interior exudes classic country style and comfort, whilst the facilities are uncompromisingly modern. A very warm welcome and world-class hospitality are ubiquitous features of any sporting holiday here, with seafood and game dishes to die for. Having to leave for home is a seriously bitter pill to swallow!

Philippa Davis, whom I had the good fortune to meet at the 2019 Game Fair. A BASC Food Ambassador, her recipes are vibrant, imaginative and appealing to anyone who loves good food, not just game aficionados.

Mike Robinson’s prolific use of game and venison in his own cookery and his promotion of British game are inspirational in equal measure. Annette Woolcock of BASC’s Taste of Game initiative is really making waves in the sector too.

Additionally, with a few exceptions, pretty much every major supermarket and fast food chain in the UK! From overstating the case for vegan ersatz products to selling water-injected, factory meat packaged copiously in plastic and so often imported from as far afield as New Zealand – there are fewer more compelling arguments in favour of eating British game.

During the COVID-19 pandemic, I have rarely had to set foot inside a busy supermarket, thanks in no small part to the excellent stock of game in my freezer. Something for which I have never been more grateful!

I’ll probably trip myself up here or offend someone as there are quite a few to choose from. I think it would have to be the day’s walked-up grouse I took at Tillypronie Estate a few years back. It was owned by Philip Astor in those days and the grouse keeper, Derek Goodwin, was magnificent. During what was already a thrilling day of grouse in some of Britain’s finest countryside, he took the line over the summit of Morven. As little white missiles exploded from the rocks around us, we realised he hadn’t been joking that morning about the possibility of shooting ptarmigan! Every gun in the line shot at least half a brace of these most enigmatic and sporting of birds. We still talk about it as though it were some figment of our imaginations. Eating grouse is special enough, but ptarmigan for supper is a rare and sensational delicacy. You are given a day’s shooting absolutely anywhere in the world, all expenses paid for you and seven guests.

Where would you choose, with whom, and what would you eat and drink for lunch and dinner?

At the risk of sounding like someone who never leaves Aberdeenshire let alone Scotland, probably a day on grouse at Invercauld. My team of guns would include my wife and six of my oldest sporting companions. Taken on the hill (it is a sunny day), lunch would consist of cold cuts of grouse, washed down as specifically recommended by the inimitable Hugh Johnson OBE: with a glass or two of mature vintage champagne! In the evening, we would repair to the splendid Fife Arms in Braemar. After reminiscing about the day over a crisp pint of Schiehallion craft lager in the Flying Stag bar, we’d move through to dinner. To start, I’d have chicken livers sautéed with sage, onion and bacon. Sounds simple, but it is one of the establishment’s many triumphs. The chef being willing (of course he is), I’d make a special request for loin of roe venison, cooked rare, with a goodly jug of béarnaise, truffled chips and creamed, nutmeg spinach on the side. Accompanied probably by a Pomerol or Pauillac of some distinction! Then, almost completing the box-set of clichés, Tarte Tatin with a lovely glass of Sauternes. This being my party and being partial to cheese and port, a delicious wheel of Stilton and a 1977 Fonseca to round things off. At which point I am wrenched kicking and screaming from my daydream!

Shot game entering the food chain is the prerequisite for all game shooting and why this remains a conundrum for some beats me. Many shoots have taken the admirable step of offering oven-ready and processed game. The convenience factor definitely increases uptake and far more guns and their families are learning to embrace the brace again. For those who remain reluctant; letting go of myths and childhood experiences of game hung until green and then cooked to parchment would be a good start!

Cooked sympathetically, there is simply no better quality meat. We’re not talking Sunday roasts either. This is as versatile as meat comes.

Of course, shoot organisers have a part to play too by feeding the guns game at lunch. Happily, many do so as a matter of course. Lunch at Findrack Estate in Aberdeenshire, for instance, is a masterclass in how this is done properly. Innumerable delicious pheasant dishes ensure that conversation is all but drowned out by the sound of appreciative mastication. “But I don’t eat pheasant!” isn’t, oddly enough, a cry often heard amidst the scramble to get to the table.

Game is also a desirable, marketable product and it is right that those outside the shooting world should have access to it. Shoot membership of the British Game Alliance (BGA) is well worth exploring. The BGA provides a comprehensive game meat assurance scheme and therefore significantly broadens the horizons of the domestic and foreign markets for British shot game. Some entrepreneurial shoots will also package and market their own game locally. My local estate, for example, sells all manner of its shot game via its farm shop and tearoom. The key to retail, I think, is to move away from the sale of game as an exclusive, luxury product. It can be everyday and should be accessible to all.

Transitioning away from lead shot will, inevitably, also make the product all the more attractive to the modern consumer. BASC and all the major UK shooting organisations have publicly stated that this is their aspiration for all game shooting within the next five years. As new shotgun ammunition continues to be developed, we are confident that this will have a positive impact in a number of areas, especially the food chain, wildlife and the environment.

The appeal of British game can be extraordinary, but it will reach its full potential only if those who harvest it believe in it as steadfastly as they do the sport and its incalculable benefits to the countryside. // 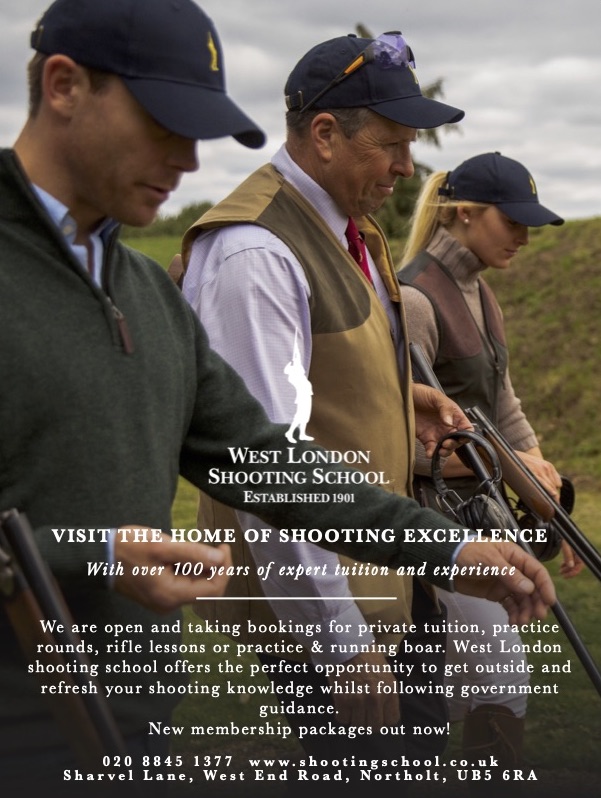