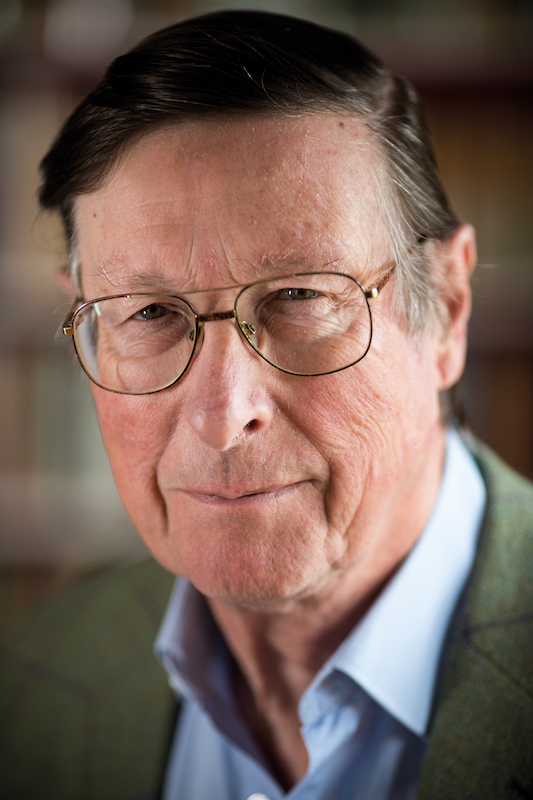 I have been shooting for maybe sixty years, in my younger days amidst assorted colonels and moustachioed squires while myself not yet into shaving. I thought: when I get to be as old as them, and get as much practice as they do, I shall shoot that well. Sorry, everybody. It did not quite work out that way.

Yet even if I have not much improved my aim in the interval, the sport has changed almost out of recognition. This is mostly a matter of scale. My father and his friends considered 150 birds a seriously good day, even on a relatively big estate. After Christmas they shot cocks only, and not many of them.

Even in the south of England, on countless acres between big shoots there were small farms where only rough shooting happened, and jolly good fun it was. Looking down at the end of a day at our pretty modest mixed bags, laid out on a barn floor, we used to tease each other: ‘Never have so many walked so far in pursuit of so few’.

Unless one is hopelessly old and infirm, it is great sometimes to have a chance to walk, rather than always to be wafted between pegs by Range Rover. That is an experience many people now miss out on, with the near-disappearance of rough shooting, except for landowners and those lucky enough to inhabit the wildest corners of Britain.

In times gone by most of us plucked our own birds, skinned our hares and rabbits. I once sat by the dustbins of a castle on a hot August afternoon, before the disbelieving and slightly contemptuous eyes of staff peering through the kitchen windows, and plucked seventeen grouse because the alternative was to let them rot. I cannot say that I enjoyed the experience, but I was quietly proud while doing it then, and of having done it now.

Nostalgia is a foolish vice for both people and nations. We must live towards what is coming, not what is gone. Nor would I idealise the sporting past. Some of us were stupid enough to kill stale salmon, and to think that it was funny to take undisciplined dogs out shooting. For ten years I ran a little syndicate in the Midlands, and friends still remind me of the occasion on which I shouted: ‘whose is that bloody dog buggering up the next drive?’ I blush to remember the whispered response: ‘Yours, Max’.

I am an expert on shooting etiquette, because over the years I have committed almost every possible crime, starting with poaching – shooting a neighbour’s birds. Sometimes pegs are so close together that it is hard to know to whom a bird properly belongs, especially if it is curling across the line. A mistake is always forgiven if one says sorry afterwards, but seldom if one makes a habit of it.

I have noticed that some of the best shots are also among the greediest. I occasionally stand next to a man who claims to shoot 90 days a year. A year or two ago, after seeing me miss a long succession of grouse in front, he began anticipating that outcome, which he did with brilliant success. Now that he knows my form, or lack of it, he does this whenever we are neighbours. His policy is understandable, because otherwise those birds would live to a ripe old age, but it is not lovable.

The essence of a good driven day is that there should be no sense of ‘us’ and ‘them’, instead a feeling that we have all been in it together – guns, beaters, pickers-up, keepers. Keepers are busy men, but it is great to have a chance on a shooting day to catch the impresario – which is what he is – for three minutes and ask a few questions, offer a few congratulations.

Most pickers-up are wonderful, and likewise deserve warm thanks. Only a few forget who is paying the bill for it all. I once remonstrated with a dog handler on an Isle of Wight shoot, who picked up during the drive behind a spaniel that I was training. He responded contemptuously: ‘I don’t come here to watch you shoot, I come to work my dogs’. After the keeper laughed off my protest, I never accepted another invitation there. But that sort of thing only happens at the wrong sort of shoot.

It is painful to hear of, and occasionally to see, a line of overweight bankers who, at the end of a drive, simply hand their guns to a loader and waddle off to the drinks wagon without troubling even to collect the birds around their pegs. They regard it as being the job of the pickers-up to perform what they see, entirely wrongly, as menial functions.

One of the biggest problems is rich men’s expectation that they should be able to shoot big bags up to the last day of the season. This has prompted a big increase in rearing – and added costs to shoots – and seems seriously mistaken. The back end should be recognised as the back end.

The sporting gluttons are only a minority, but they pose a threat to everybody who likes to take out a gun. More birds are being shot than there are mouths to eat them, since the near-collapse of continental demand for British game – or rather the expansion of East European shoots that are flooding the market.

All of us who shoot have a part to play in addressing this, by accepting a responsibility for taking home game and eating it. Individual guns, as well as individual estates, must play our parts in disposing honourably – a pompous word, but you know what I mean – of what we shoot. It is shameful that so many people nowadays wave away the offer of birds at the end of the day.

I am too old to keep plucking at the kitchen door, but I tell keepers that I am happy not only to take away, but to pay for, up to twenty birds plucked and dressed. If they are oven-ready, it is never difficult to find friends happy to take them.

In our family, we aim to move a hundred birds a year through the kitchen. My wife, like quite a few wives, is not herself keen on eating game, but has perfected a domestic production line for soup based on pheasants or partridges, which we eat all winter. She is also terrific at making pheasant casseroles with calvados and mascarpone, which are hugely popular even with non-game enthusiasts. When she goes to London – a place for which, like many women, she has a weird enthusiasm – I often roast a brace of grouse for myself and eat them at the kitchen table.

There was a time when I could manage three at a sitting, especially on the birds’ home turf in Scotland. This habit posed no problem when we were shooting our own little rented hill, but became an embarrassment when we were visiting. Once, a house party in which we were staying moved en masse to another lodge for dinner. At the door we were greeted by a hostess who said, only half apologetically, ‘we were going to have grouse, but then we heard that Max Hastings was coming and would expect three, and we didn’t have enough, so you’re getting chicken’.

Greed apart, and being serious again, I suggest that nobody has any business today to be shooting game unless they are willing to help eat the bag, or get others to do so. I admire the many responsible shoot owners who are exploring all manner of new ways of processing, cooking and marketing game. Only a selfish minority shrug and mutter, ‘oh well, the old way will see our time out’; they continue to let huge driven days; refuse to get birds plucked and dressed; dispose of bags in ways we should not ask questions about.

Game shooting can have as wonderful a future as it has a past, if everybody does their bit to keep it on the rails. Those who decline to do so should turn to shooting clays; take up golf; start a sushi bar. The only moral justification for shooting a living creature is to eat it, or see that somebody else does.

“Nobody has any business today to be shooting game unless they are willing to help eat the bag, or get others to do so.