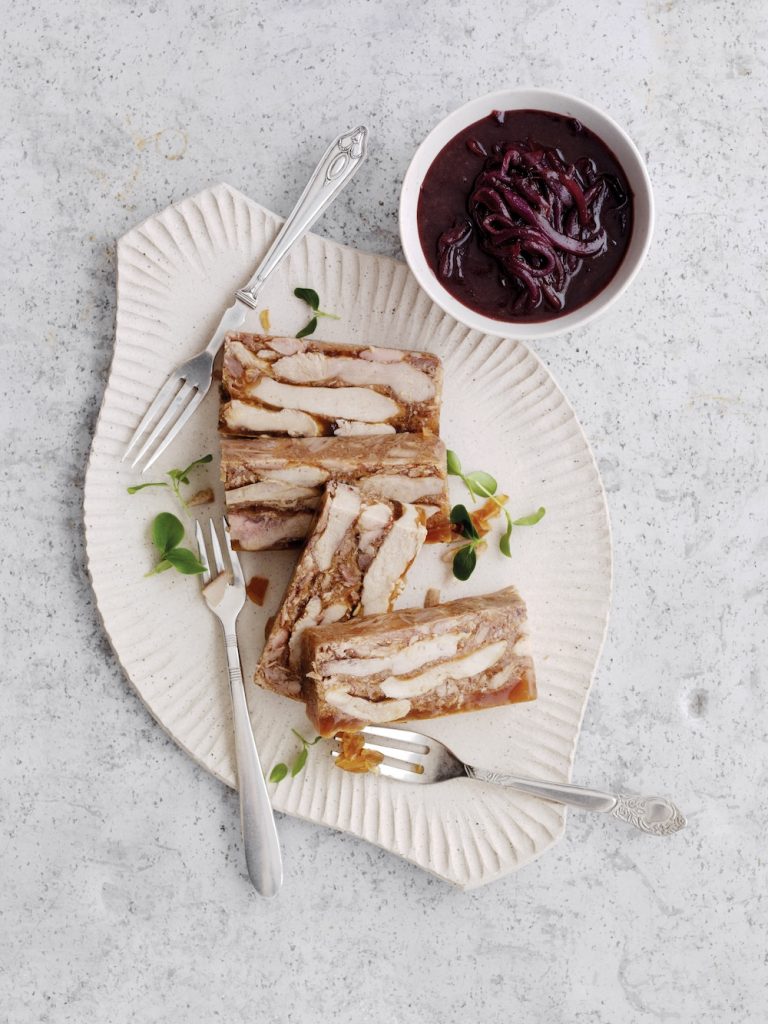 An impressive starter, the process is easy but requires to be prepared a day in advance.

Mix the star anise, zests, salt and sugar. Rub the mix over the pheasant legs, then leave to marinate for up to an hour. Wipe off the coating and cook the legs in the simmering duck fat until the meat is falling off the bone, then flake off the meat. Season and pan-fry all the breasts for a couple of minutes on each side, the set aside and allow to rest.

Soften the gelatine leaves in cold water, then remove excess water. Bring the madeira and stock to a simmer together, then take the pan off the heat and stir in the gelatine until it dissolves. Allow to cool, but not thicken completely, then stir in the flaked pheasant leg meat.

Seal the top with the cling film and press the layers with a weighted tray. Chill in the fridge overnight then remove from the tray and slice into portions. Serve with red onion marmalade.