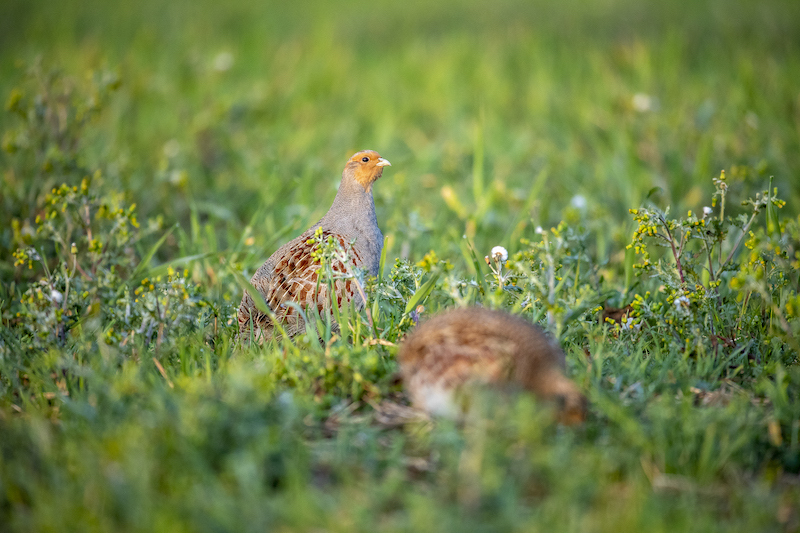 Perdix perdix, the Grey partridge, was once the most widespread game bird in the UK, its natural preference for grassland allowing it to exploit a landscape shaped by enclosed estates and arable farmland. Between 1870 and 1930 upwards of two million Greys were shot in the UK each year, a staggering number that had little or no impact on the overall population.

A population that peaked in around 1930 is now sadly a thing of the past, and while the species has declined across Europe the UK has seen one of the most dramatic downward trends. What had been a stable and successful population from the late 18th century until 1950 suffered twenty years of rapid decline. Grey numbers plummeted by around 80%, and from 1970 a slower, more gradual decline followed across much of the UK.

The first population crash was primarily due to chick mortality caused by increased use of agricultural herbicides, insecticides and fungicides. Prior to 1950 only 7% of crops were sprayed with pesticides; by 1965 this had increased to more than 90%. The chemicals destroyed preferred plant foods such as chickweed and black bindweed, and above all removed the insects on which the chicks depend. Furthermore, traditional habitats were also lost during this period with hedgerows and unmanaged land – essential protection from predators for Greys – disappearing as farming practice intensified. This further depleted food sources, exacerbating chick mortality rates. As succinctly summarised by James Common in Bird Conservation, Ecology in April 2016 “the way we managed our farmland prior to 1970 was irrefutably to blame for the decline of P. perdix.”

Managed shooting also played its part in the decline. Pheasant and Greys share a common parasite, the caecal nematode, which has little effect on the former but affects the health and breeding success of the latter. The release of Red-legged partridge also meant wild Greys became caught up in drives, leading to unsustainable levels of adult mortality. However, it appears that the continued decline since 1970 has had much more to do with the effect of increased predation on an already perilously low population.

Changes in attitudes to gamekeeping predator control led to a resurgence of corvids, mustelids and foxes and a corresponding decline in nesting success due to the loss of eggs, chicks, and incubating hens. In a healthy population such losses can be sustained, but when numbers are low they can be critical. Clearly Grey partridge benefit significantly from predator control, with a study in 1996 showing a 350% increase in numbers on a site where predators were intensively managed. But as always with game management, balance is all.

Thus three strands combined to cause the decline of the Grey partridge – habitat loss, ecological damage, and uncontrolled predation – and all three play their part in the Grey partridge restoration project under way at the Temple Estate at Rockley, near Marlborough in Wiltshire. One of the team at Temple’s proudest achievements was the prestigious Purdey Gold Award won by the estate’s owner Count Konrad Goess-Saurau in 2013. The prize was in recognition of the “transformational conservation work” at Temple Shoot since the Count bought the estate in 1985, his long-term vision and investment having transformed the landscape of what was a prairie style arable farm with few habitat benefits for wildlife, with a million trees and 28 miles of hedges planted and nine dewponds created to help support a healthy population of roe deer.

An earlier Grey partridge restoration project had been discontinued because of the proximity of other large red-leg shoots, and the estate instead focused on increasing habitat benefits for other benchmark farmland bird species. Planting game cover, over-wintering stubbles, and determined vermin control have paid off: at the time of the award the now retired head keeper Phil Holborow declared “The RSPB nearly wet themselves when they counted 115 lapwings in addition to stone curlews, yellowhammers, turtle doves, tree sparrows and skylark”, and numbers have increased over the following years. However, the last few pairs of wild Greys at Temple were last seen in 2017, but in late 2019 Phil’s long-cherished ambition – “I’ve been planning this for fifty years” – to restore the bird to Temple began, and is now being carried through in partnership with his successor, Kat Hutchinson. » 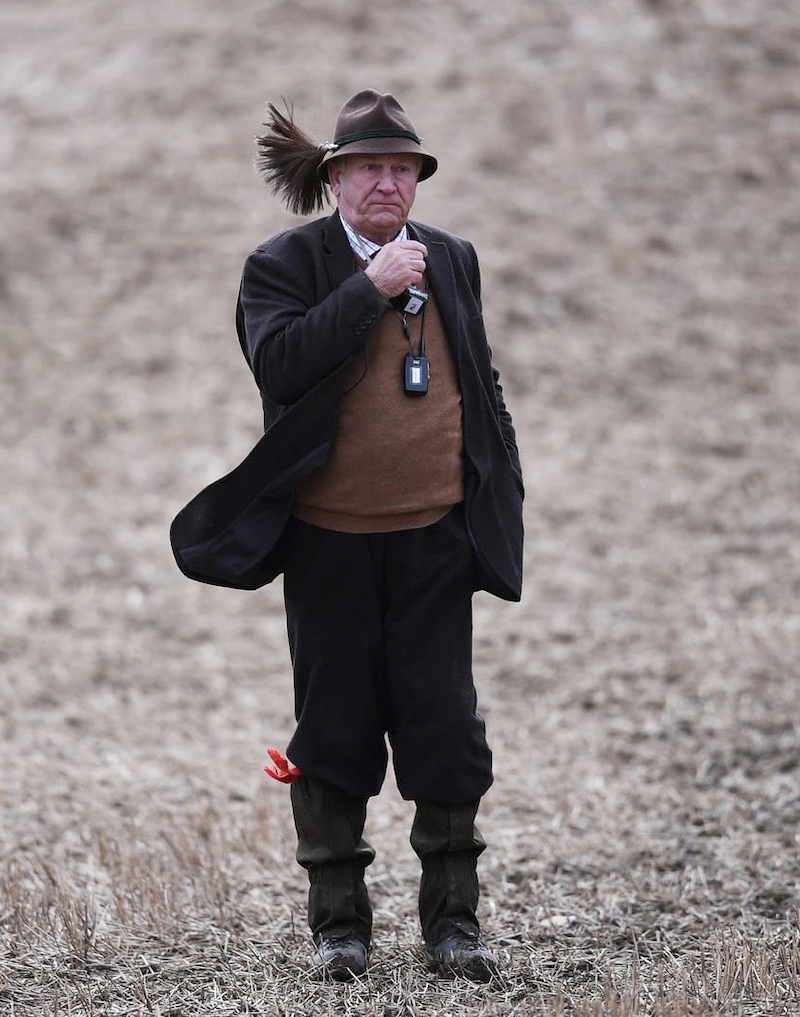 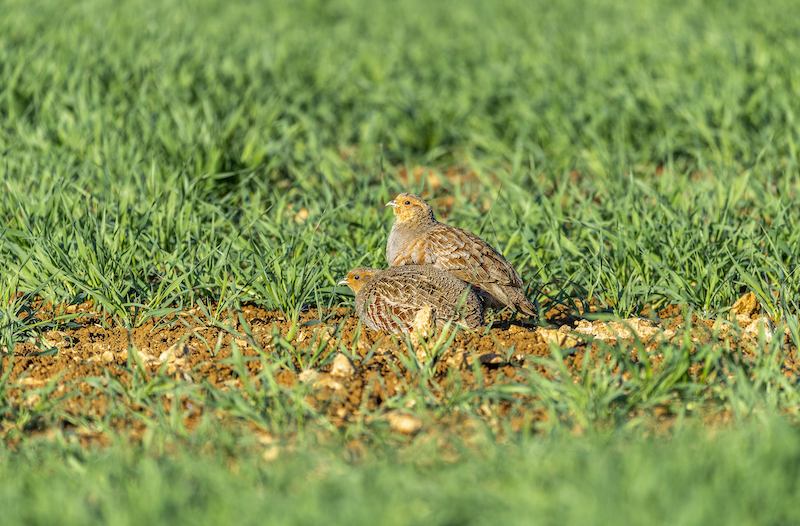 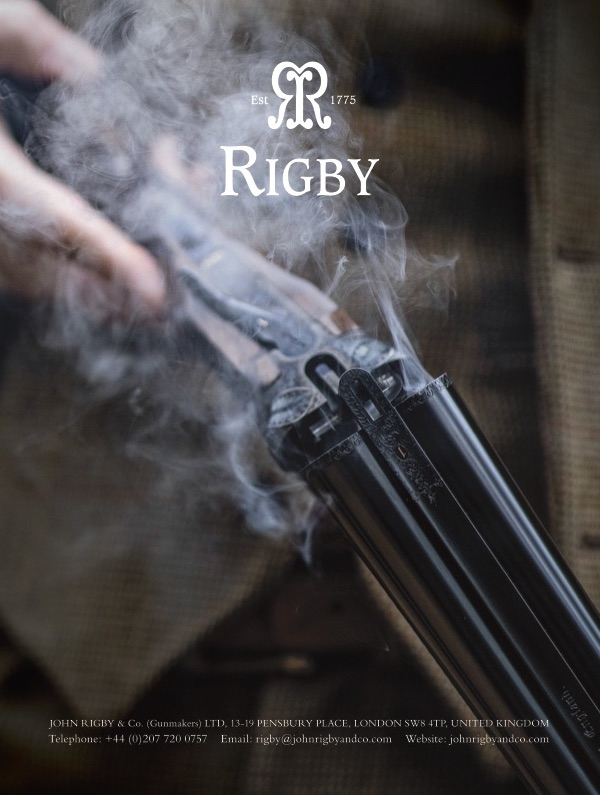 The process begins with the eggs provided by three pairs of Greys capable of producing 70 eggs a year each per pair. These are kept for up to two weeks until a clutch is ready for incubation. Each group of up to fifteen hatchlings is then placed with a foster mother, matronly bantams that perform all the duties of care and education required to give the chicks the best possible start in life. The growing chicks stay with their bantam mother for ten weeks, after which they are relocated to rearing pens and the bantam gets ready to receive a new brood. Greys are intensely territorial, so the 10×10 pens into which they are moved are placed in carefully chosen and maintained remote locations, each a good distance apart and – crucially – away from any of the estate’s shooting drives.

The plan is to release one bird per day to get used to their surroundings until a full covey has gathered in their territory and the pen is taken down. Hitherto the eggs and chicks have been kept safe and secure (give or take the occasional accidental excursion, over which we’ll draw a discreet veil to protect the guilty party) so it is at this point that the birds are most vulnerable to predation. At this stage of their development the main dangers are from foxes and mustelids, with rats, squirrels, and corvids posing

more of a threat to the eggs and young chicks that Kat and Phil hope to see in following years.

The estate’s hard won and important ecological accreditation prevents the use of pesticides or poison, so despite being officially retired Phil gives Kat his full support in the trapping and shooting of predators that is undertaken without let-up throughout the year. This concern for environmental quality, so important to the ethos of the estate and beneficial to all its wildlife, also ensures the best possible supply of insect and plant food.

Together, the pair are now well into a five year programme that aims to release ten coveys – “around 100 birds” – in its first year, increasing the numbers released by a further five coveys a year for four more years while hoping that the wild breeding stock also increases. Both are realistic about the challenges that face them and aware that the learning curve is steep, the path ahead uncertain, and above all that the materials they’re working with are wild animals that don’t always perform as planned. But if experience, knowledge, enthusiasm, and a willingness to treat each setback as an opportunity to learn count for anything, they’re well on the road to success. On one thing both Kat and Phil are determined: the Temple Greys will never fly over guns. // 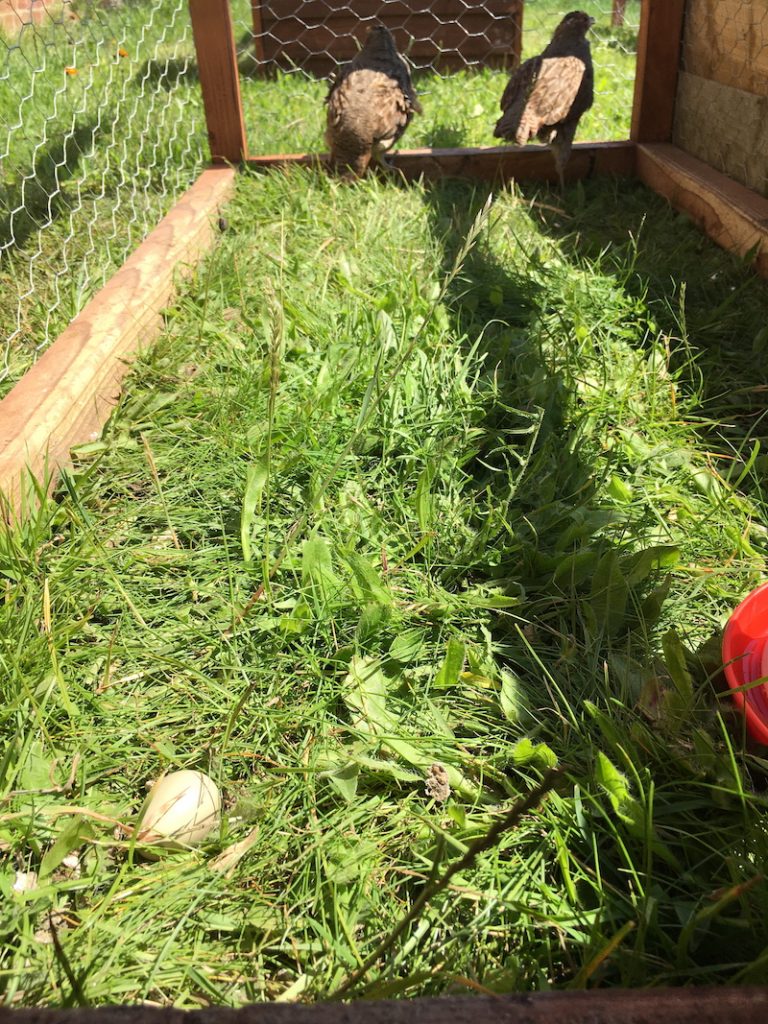 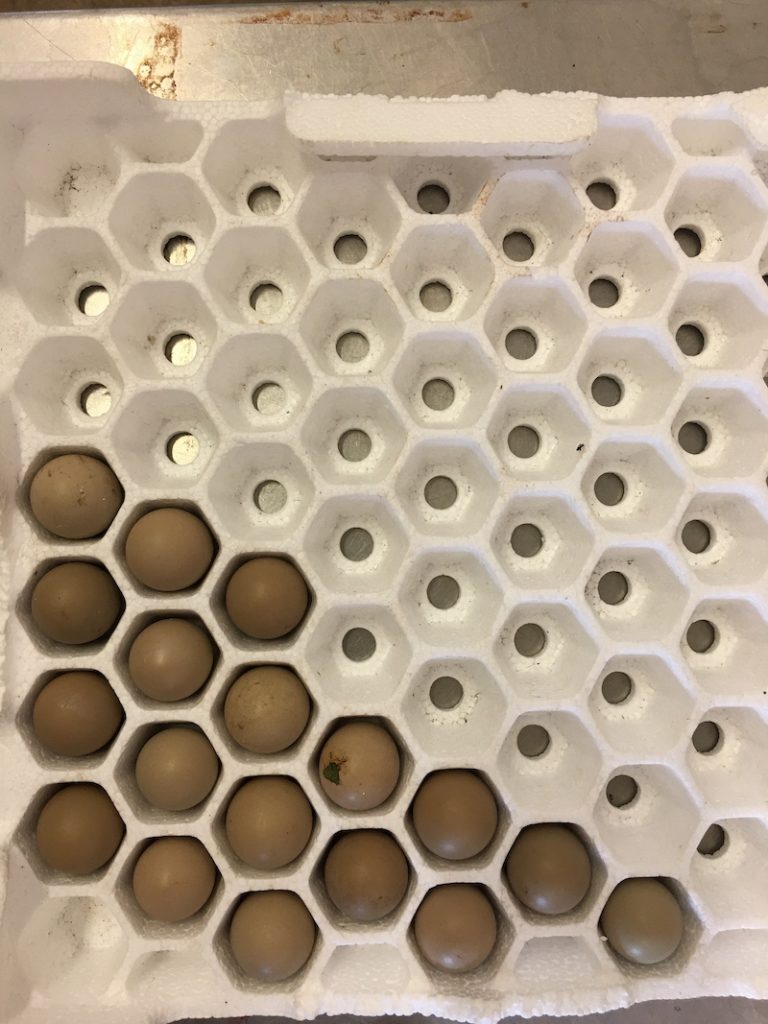 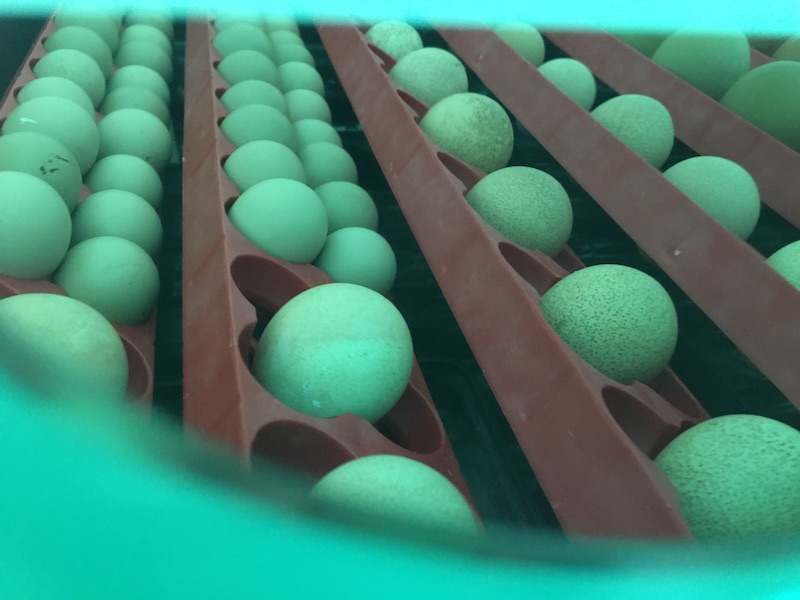 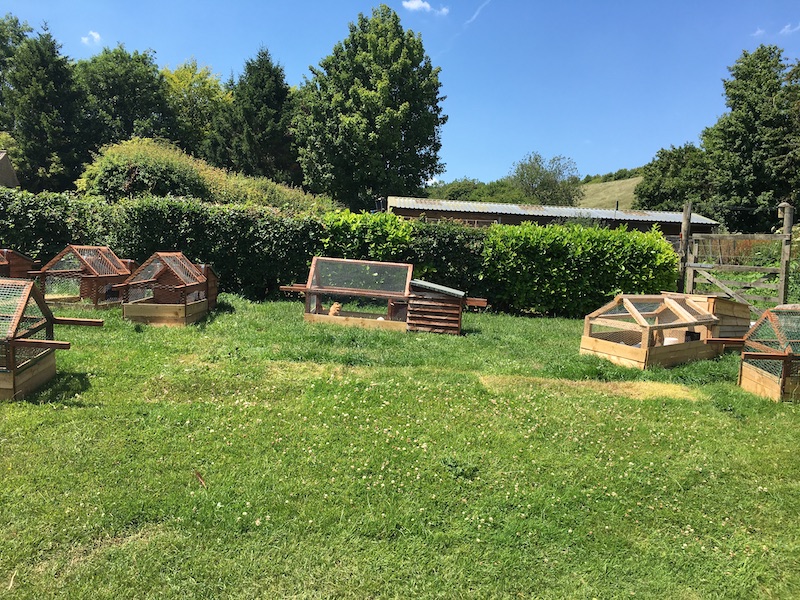 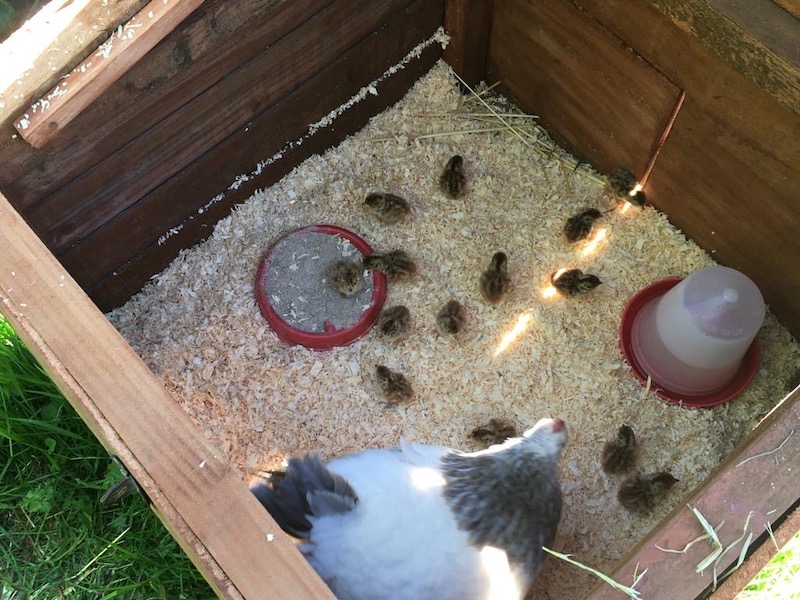 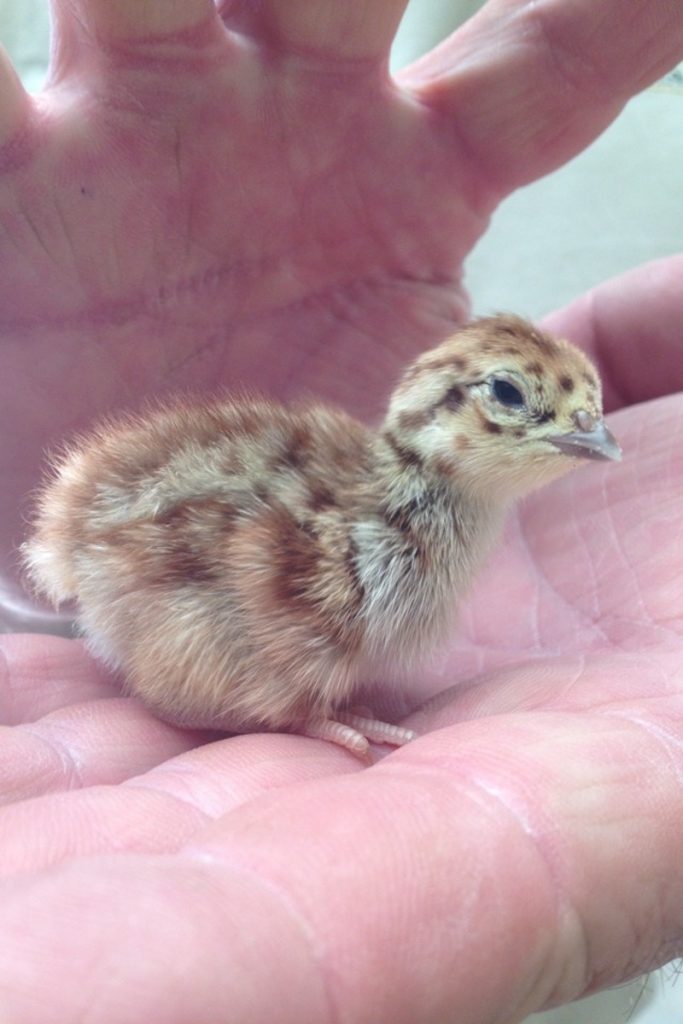 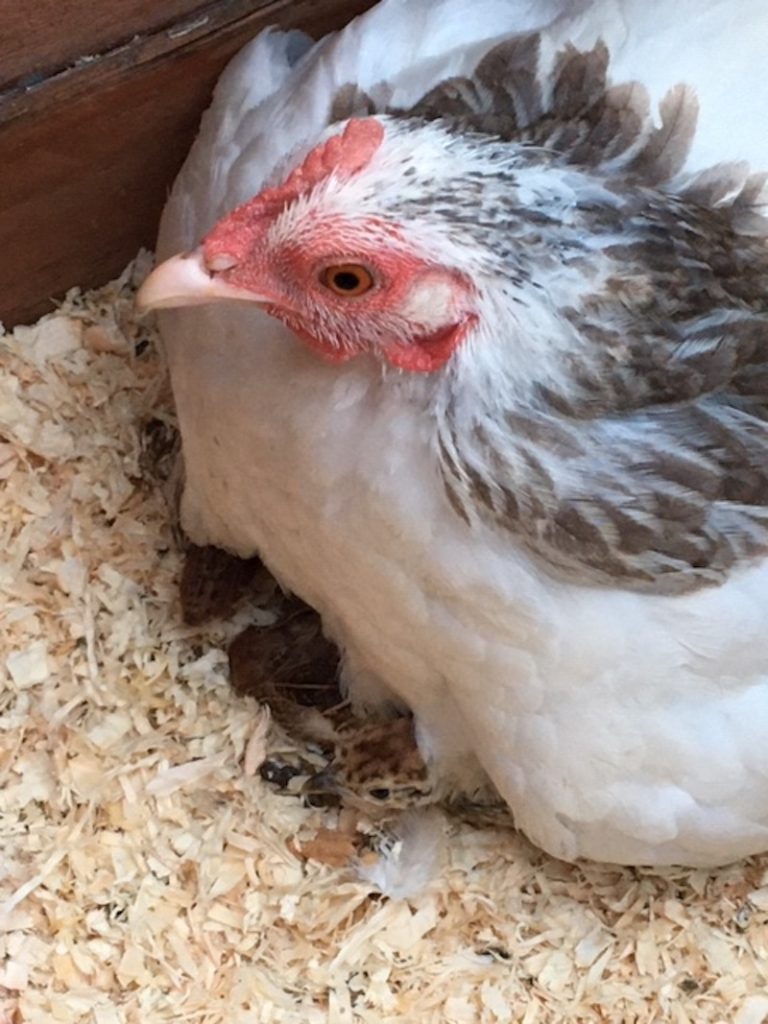 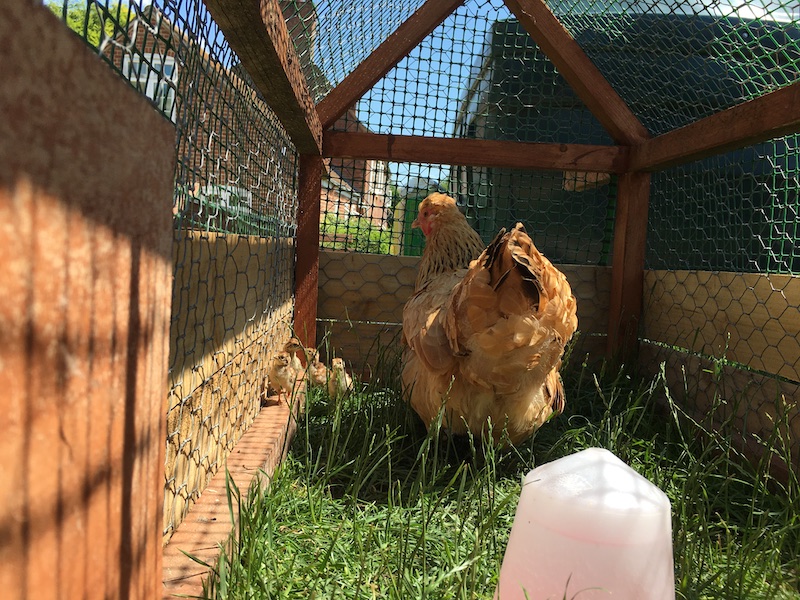 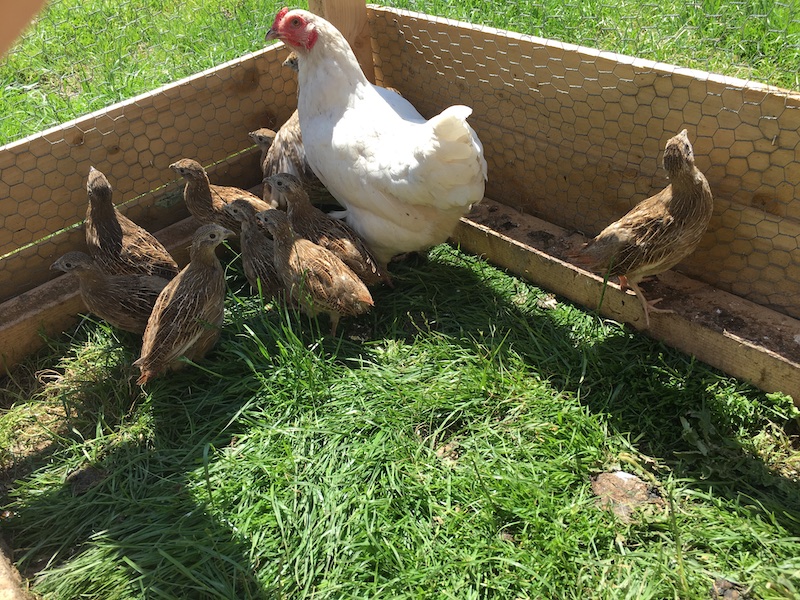 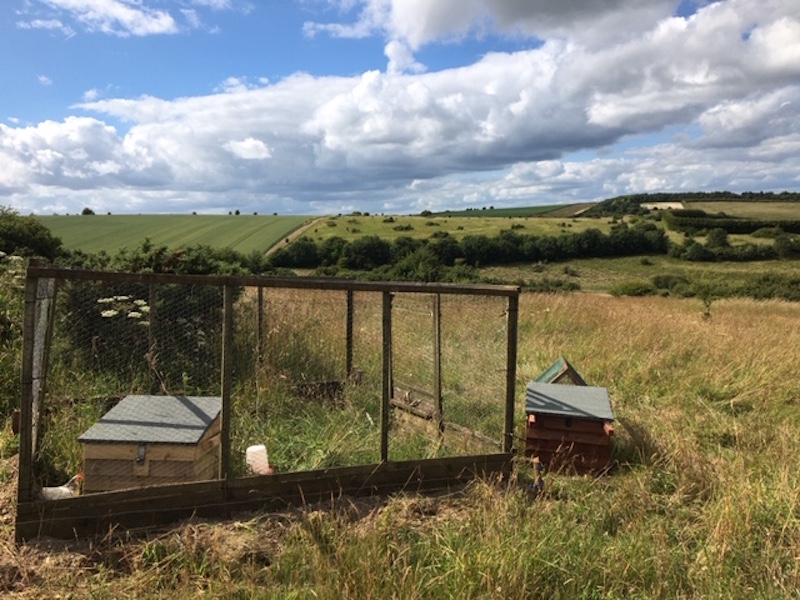