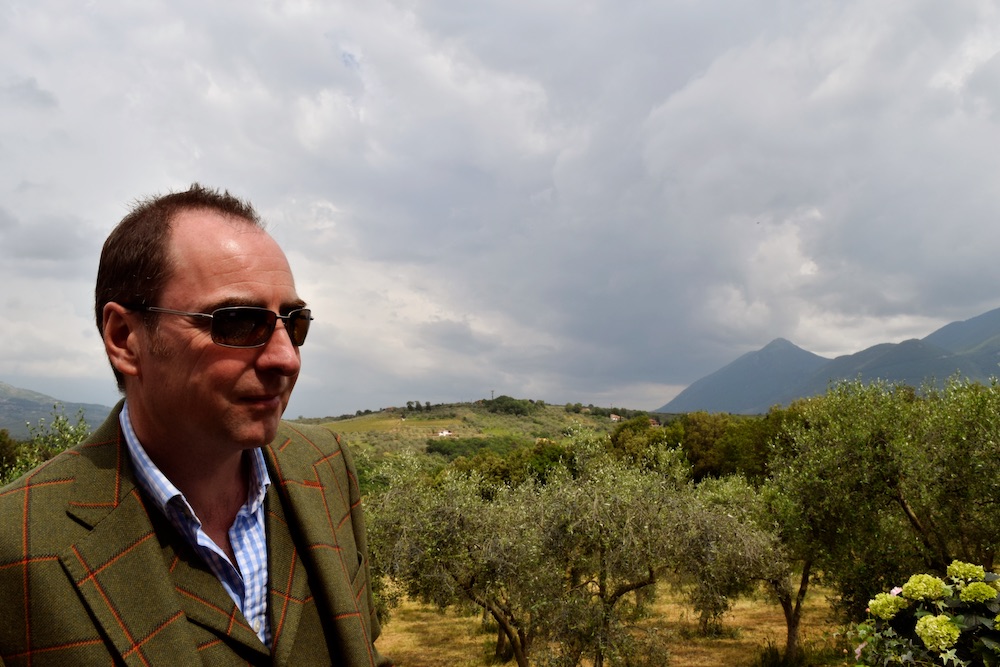 Jim Hook served a full career in the Army before setting up a high-tech development company focused on surveillance systems which now has a global customer base. His passion for field sports has been with him from an early age, but he only became more actively involved in the industry over the past decade. He founded Fayre Game Pursuits to promote, through video, audio and other dynamic media platforms, the use of local, seasonal, sustainable and ethically sourced food for the table.

That’s a difficult one. I think I’d have to go with grouse breast as the best. It wasn’t anything fancy but it was the result of a hard day’s walk up with my, then young, cocker Murphy. He flushed it, I shot it, he retrieved it (from an inaccessible gully), and I then cooked the breasts in nothing more than some butter when I got home. Sublime. As for the worst, it would be venison liver. I shot a young red stag early one morning so we decided to have a hunter’s breakfast in the field using the liver. To be fair the heat from the coals didn’t last long so cooking it became a little challenging, but I have to say it took me back to my school days where liver on the menu was seen as a bad meal day. It hasn’t got any better!

I’d try anything once. You can’t knock it until you’ve tried it. I’ve eaten most game meats found in the UK along with some more obscure whilst travelling abroad. I do steer clear of any game that is under pressure (such as Woodcock at times) or where the provenance isn’t clear. Neither will I eat farmed salmon.

I’ve been fortunate to shoot in some lovely locations and estates, one of those being Drumlanrig. On many of the occasions I’ve shot there we’ve stayed at a neighbouring estate, Dalswinton, where we were hosted by the family. It’s a truly magnificent house but more importantly we are treated as close friends throughout our stay.

Equally, I’ve stayed at a fantastic little B&B in Cornwall when shooting at St. Germans which most people would drive past without a glance. Unfortunately, I think its stopped trading now.

I haven’t really had the opportunity to try too many chefs. That’s not to say I don’t eat out, far from it, but I won’t know who the chef is. When I’m travelling, I always search out restaurants that sell, or even better focus, on game food.  I’ve visited some great establishments along the way including the famous Harwood Arms in Fulham. I don’t think Mike Robinson was cooking that evening but the grouse starter and venison main was divine.  However, if I was to name a Chef then it would be Tom Dixon who is the head Chef at Odettes in Primrose Hill.

If I were to pick just one then I’d have to say Mike Robinson. Having just won Champion of Champions in the Eat Game Awards he deserves my choice based on that alone. However, it’s his near daily cooking demonstrations on Instagram that I think are fantastic. I would like to choose a second person however, and that would be Mrs Sue Verspyek, who teaches students at Harrogate Grammar to cook game through the Schools Game Changer Project. I think that’s possibly a brave undertaking as my experience of the UK education sector is that there is an anti-shooting undercurrent in modern schools and Universities, yet it’s the future generations who we need to reconnect with what they eat to help ensure shooting continues.

Shooting days are all about the craic which is created by the company on the day – the guns, the beaters, picker ups, hosts etc. I would struggle to think of a 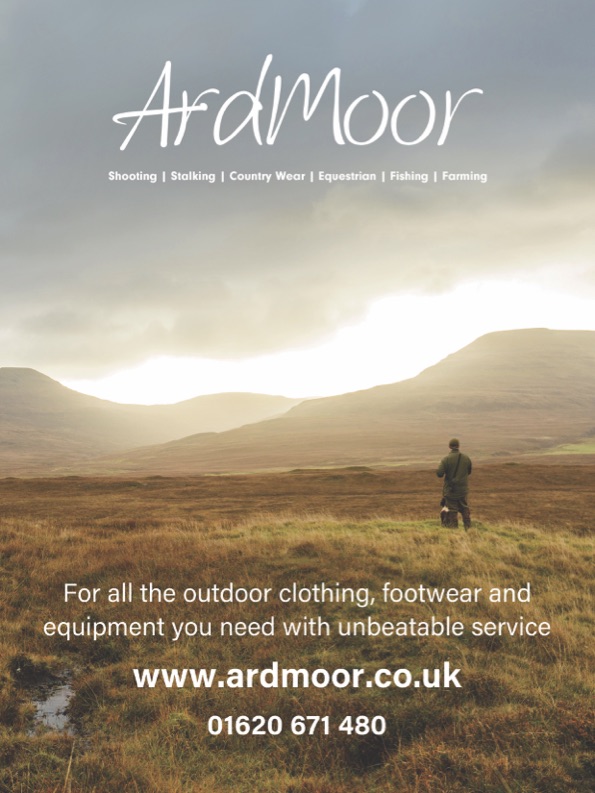 day that wasn’t good but obviously there are some that stand out as better or less good than others. The most memorable however will be the day I had to do the ‘walk of shame’ past the line of guns as I had to abandon my peg to go in search of my beloved, yet errant, cocker Murphy. Fortunately, it was the last drive which meant the team of picker ups and beaters were all happy to assist in searching for the elusive chap, but even with everyone doing their best we had to give up after about an hour. Robert, the very understanding gamekeeper promised to call me when Murphy finally made an appearance. My son was tearful as we jumped into the trusty Defender to head home but as I was driving down the driveway, I spotted a very dirty lemon coloured ball of fur chasing after us. I don’t know how he knew we were about to leave but he had obviously had enough fun by then and decided to come home with us. Robert has never let me live it down and is always checking to see if Murphy is accompanying me whenever I return to his shoot.

Wow. That’s a hard one to answer without possibly upsetting someone by leaving them off the list. Taking the question in stages, I’ll go with location first as that’s easy for me. It would have to be the UK. Having been fortunate to travel the world during my working life, for me there isn’t anywhere greater to be. I’ve only had limited field sports experiences abroad but enough to know that the UK does it the way I like it to be done. So, to answer the location part it would be Drumlanrig. I think the shooting there is just fantastic. Its everything you want it to be, from quality of birds, professionalism of those who make it happen, to the down to earth and easy-going nature of a day that runs like military clockwork and precision. Rab Clark is the sort of head keeper other keepers most likely aspire to be, so being on a shoot that he is delivering is a real privilege.

Guests would span across the two halves of my life to date, but all would already be active field sports enthusiasts. Half would come from my past military service, and the other half would come from my later civilian life chapter. Whilst they are two different manners of people, they all share a love of the outdoors, respect for the quarry and nature, are experts in their fields of endeavour, and are people I call true friends.

All cuisine on the day would have to be game. I would like to see feathered game canapés mid-morning, a light lunch of furred game, possibly rabbit, and then venison tenderloin for dinner. I would like the venison to speak for itself so no rich accompanying sauces or other strong-tasting accompaniments.

I rarely drink alcohol during a shoot day but in the evenings at and after dinner I’m constrained to Prosecco. It’s a standing joke within my circles, but it’s the only drink I’ve got a chance of getting away without suffering a migraine. Don’t ask me why, it just is. For everyone else, I’m not a wine connoisseur, but I’d ensure there was a good Burgundy to accompany the canapés, a hoppy real ale to go with the rabbit, and then Shiraz to join the venison. Knowing my friends, I would have to have a reservoir of quality gin and Irish whiskey available throughout the day and night.

In short, I think it’s their duty to do so. Not to maximisethe conversion is self-destructive. We live in a world where the minority shout loudest, and the term silent majority has never been truer. Anything that can be used to stir emotion through subjective rhetoric can and will be targeted. Maybe it happens within every generation, but I see people who can’t wait to be offended by anything and everything. The democracies we fortunately live in, through their very nature, then allow these perceived offences to be projected out to the wider population. Our press and media see an opportunity to maximise distribution as nothing generates sales more than a divisive and emotional topic. Once the argument is raging, it’s easier for politicians, supported by the media, to take the moral high ground and ignore reality. After all, how can one not take the side of the person advocating life over death? It’s easy to ignore where your dinner has come from if you never have to see the animal that provided the meat. Shooting, hunting and even fishing, are all targets of perceived cruelty towards animals and we can’t escape that regardless of the truth. Therefore, it is incumbent on all participants within the field sports sector to link the act of killing to the generation of food. Failure to do so is not only self-destructive from an industry perspective, but plainly wrong as shooting merely for pleasure can’t be justified by anyone. // 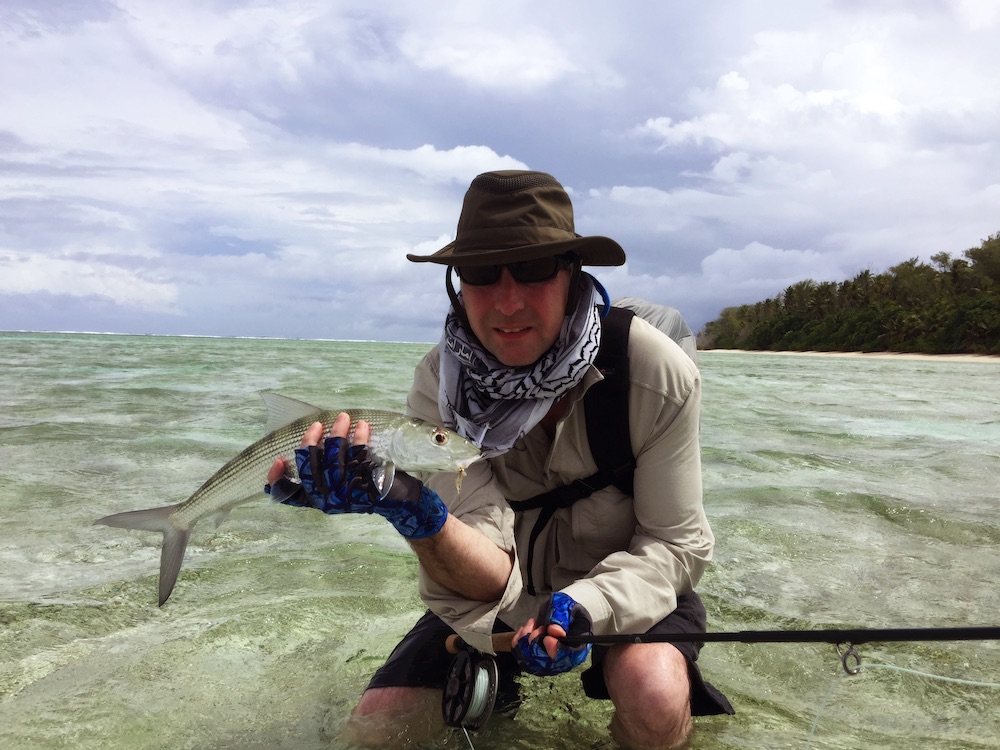