When asked by the Editor to write about ‘etiquette’ I wondered if he had called on the right person. I have never quite worked out why there has always been a bit of an obsession about it on the shooting field, with an emphasis on clothing, elevenses, tie or no tie, colour, cut or material. Where eyebrows rise because of perceived poor form, derived from an historical practicality that someone hasn’t quite understood, but passed into indignation by a desperate desire to be thought of as an old hand. 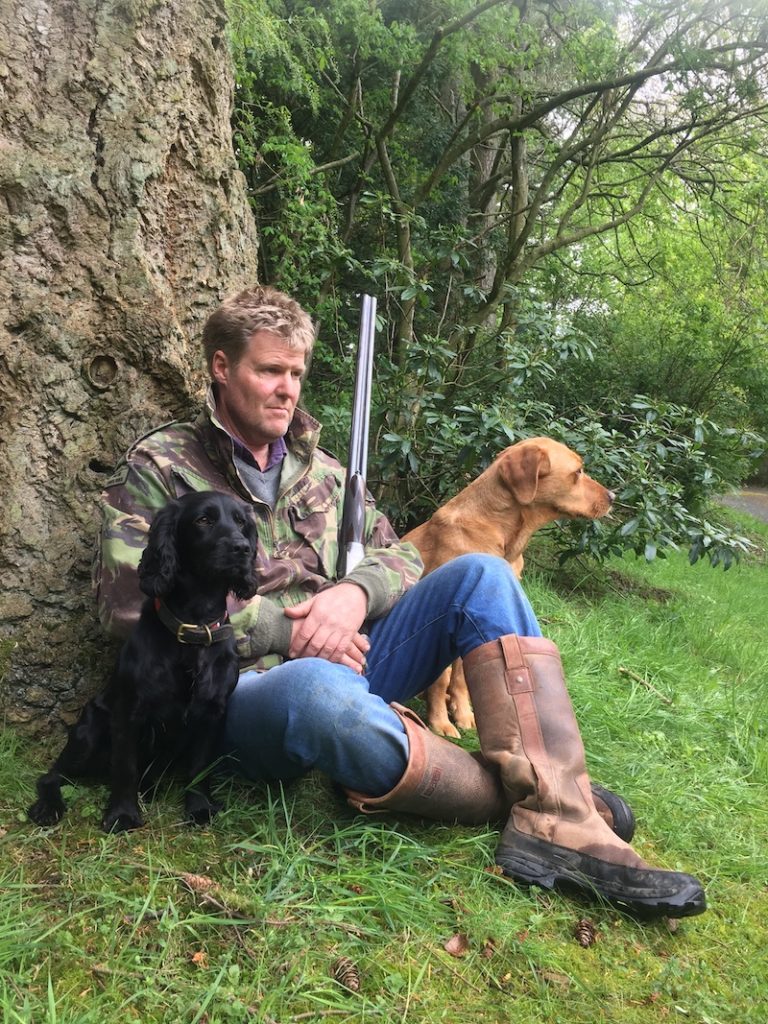 Sometimes it is a little like the smart golf club, where, unless you are in the know, you might commit some terrible crime like sharing a set of clubs or kicking your ball to get a better lie that gets reported to the Secretary by a very important member resplendent in diamond motif jersey, and you get a frightful dressing down on the 18th hole.  (I removed my trousers on the 10th at Royal Nairn. It was roasting hot, might have been cooler on the greens, but my ball never made it to one of those and it was 90 in the bundu, and neighbouring fields close, and at right angles to the tee. The fuss! You would have thought the world had come to an end.)

Whites Club in London: venerable, steeped and very proper of course. Last year a few of us went for a game of billiards late one evening after dinner. A little later a new member came in and became slightly agitated, looking as if he wanted to say something. Eventually he plucked up the courage to address four rather hairy Northumbrians and said “You know you are supposed to take your jacket off when you are playing snooker”.

We looked at each other, rather incredulous. I replied, more politely than I felt, as actually I wanted to ram the yellow down his throat, that the rule was that you ‘may’ take your coat off when playing snooker, you don’t ‘have’ to. I don’t know whether this is right, nor particularly care, but clearly the practicalities of cueing across the green baize gave rise to a concession to the club rule of coat wearing at all times. Our new boy hero just figured it was ‘etiquette’, and presumed to tell us. So I am not quite at one with etiquette, especially when appears to go against good manners and common sense.

I used to work for Barbour, and a million times was asked, “What should you wear out shooting?” I used to try to explain that it is not a fashion show. Simply wear what is practical and in keeping with your surroundings and sport in terms of colour, cut, weather, and temperature, and what you feel comfortable in. What became de rigeur was borne out of practicality, function not fashion (that may come later, like Kate Moss and the Hunter welly). Ideally one’s gear needs to be clean and reasonably tidy and clearly there is no point turning up in your Asics gel cross trainers for trudging across a muddy field – not because of etiquette, but because your host has invited you to a special day, at great expense, and it is your duty to be properly equipped and not let yourself or the others down by getting wet feet by 10am and bleating that your feet are cold and your coat isn’t waterproof. Then you become a liability to the day, and rude to your host because it would appear you couldn’t be bothered to get kitted out for the job in hand. What would Roger Federer think if you turned up to play doubles with a badminton racket and a pair of wellies?

“A shooting day is about the coming together of like-minded folk, from all walks of life, where everybody plays their important part. 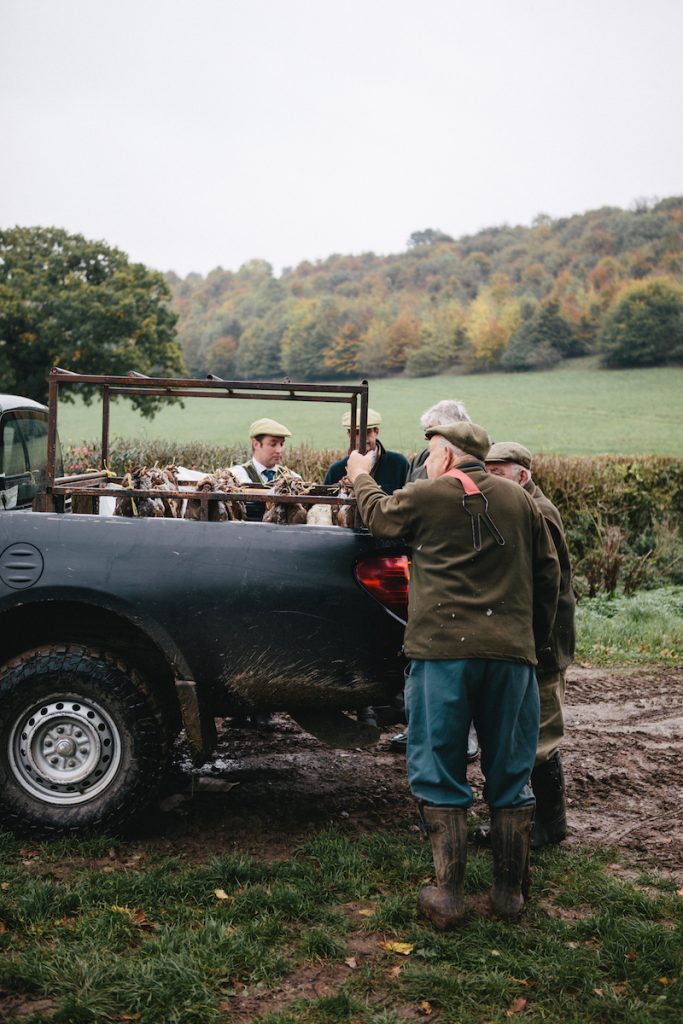 There are of course plenty of things which might be a bit, you know, ‘Charlie’. Yellow stockings with “Bang Bang Bugger” knitted in – hmm. Brand new spotless Range Rovers with a brand new smart driver/loader, but that’s possibly because secretly I would like one, though it would have to be well muddy (the car, you understand, not the bloke). And those motoring caps with a button on the top, unless you were once a racing driver, in which case absolutely fine. Over and Under guns – it is of course still a good rib to say “pull” under your breath and mutter about so and so going to the dark side! They might not be pretty, but they are damned effective weapons, they don’t break and are entirely practical, so what’s the problem?

The direct translation of the ‘E’ word – French clearly – is “label”. So if you are concerned about labels, and being seen to do, wear, keep up with the Jones’s then etiquette might be a worry. There is nothing more important in the shooting world than safety, that is a given, but there are other things that one now sees more frequently than back in the day that are less about being birds of a feather and more about awareness, appreciation, respect – or lack of – for the quarry, your neighbour, the keepers, your host. A bit of a tangent, but the Europeans have a tremendous celebration after a day on wild boar with speeches in honour of the gift of the game, the woods and the earth, and blowing of the horn and so on. It is never something we Brits have gone in for, being a reserved bunch, but that continental tradition marks great respect, and is a good thing. 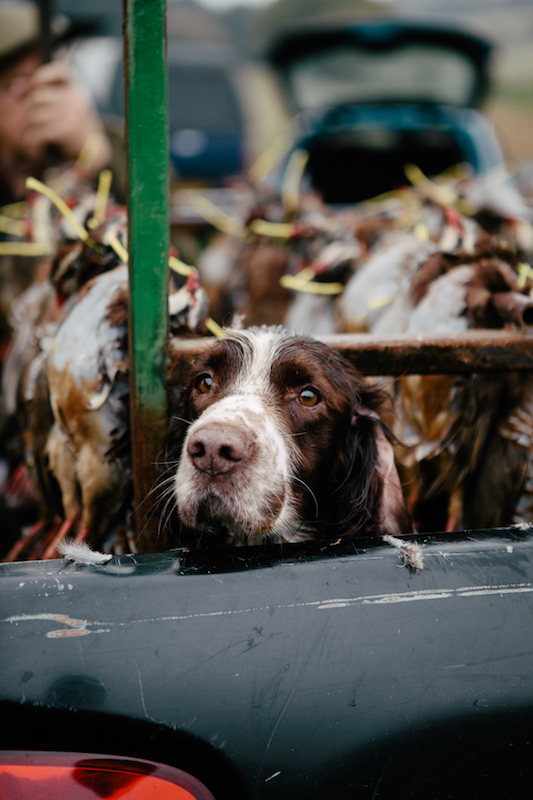 It was only after having had a bit of a dig at the more frivolous side of dress code etc. that I realised that the Ed was really on about the importance of how country sports are perceived from outside, and the conduct of those from within. Bad manners and unsporting behaviour are rare, the vast majority of keen sportsmen impeccable in their knowledge and experience, politesse, decorum and sensitivity but there are certainly a few bods out there not so swept up in manners – or safety for that matter. Strange thing is, they don’t actually realise. Take ‘poaching’ for example, the term used to fire at birds that are clearly heading for, in front of or over another gun. It’s just damn rude, the perp clearly not properly brought up, a display of greed and competitiveness that demonstrates a lack of awareness and unsporting behaviour.

Flicking birds with one barrel and not attempting a clean kill with the second is a major bête noir (just to overkill the French theme, what with Brexit and stuff). I watched a man do this last season several times on the trot. How could he not see that what he was doing was just unbelievably poor form? Word was that he had figured it was the thing to shoot on a high bird place, but his ability was poor, his awareness nonexistent and lack of respect for the game very evident. Whooping and shouting is another shooting field occasional I can’t really deal with, and guzzling champagne between every drive another. Apparently one place even plays music. Really? Call me old fashioned but showing off is altogether very unkey on the shooting field.

If I had to pick one thing above all others, it would be that every single person who is lucky enough to lift a gun on a shooting day understands that it is absolutely imperative that every attempt is made to pick every bird, that they engage with the pickers up to ensure that this is the case; that blazing off a bag of shells in a drive and walking off straight after is just not on. A shooting day, beyond the romance and tradition, the excitement and skill, the emotion and wonder, the camaraderie and craic, produces game to eat. A harvest has been taken, sometimes modest, sometimes less so, and that harvest needs to be handled, processed, presented and delivered correctly, like any other source of food. Then of course it needs to be cooked perfectly – not just a roast, but as the delicious, nutritious and varied foundation from which to build some of the most delicious food in the world: crispy aromatic hoi sin grouse, pheasant spring rolls, partridge schnitzel, game carpaccio, crumble, pie, potted, baked, curried – anything you like and all fit for a king. Mind you, straight up roast grouse, bread sauce and gravy…

It is vital that we celebrate the eating of game at every opportunity, and introduce as many folk as possible to the endless possibilities, the good wholesome protein from lean white and very cheap meat. A couple of amateur statistics – if everyone who enjoys shooting had one more dinner party a year for ten people, or simply ate ten more game birds a year,this would create a demand in place of a surplus. If we all shot ten less birds a year, and ate the ten more birds, this would double the impact in favour of demand. If the combined number of released birds was trimmed by 10%, and we ate a few more, and let another ten go by in a whole season then the whole issue of game surplus at certain times of year would be turned on its head. There is nothing like a demand to create a supply, the trick is managing that supply, and its quality to maintain the demand.

A shooting day is about the coming together of like-minded folk, old friends and new, from all walks of life, from a duke to a dustbin man, tycoon to a tailor, where everybody plays their important part. Where people take trouble to speak as equals, to thank and take an interest in each other, the place, the woods or hills, the beaters, the guns (small g please), keepers, pickers-up, flankers, the guy who drives the game cart, the wagon. Oft told stories, “mind that was a good ‘un”, “by hell there were some grouse in yon drive.” The smell of powder on a frosty day, of leather, gun oil, dog shit, tobacco. A great pick by your faithful hound at a key moment in the day, young keepers proud as punch in their estate tweeds, a life ahead of them, should they choose, away from cities and crime. A personal choice to live and love in the countryside that your ‘outraged at everything that doesn’t quite suit’ lot are continually trying to destroy. But that is a whole other story. 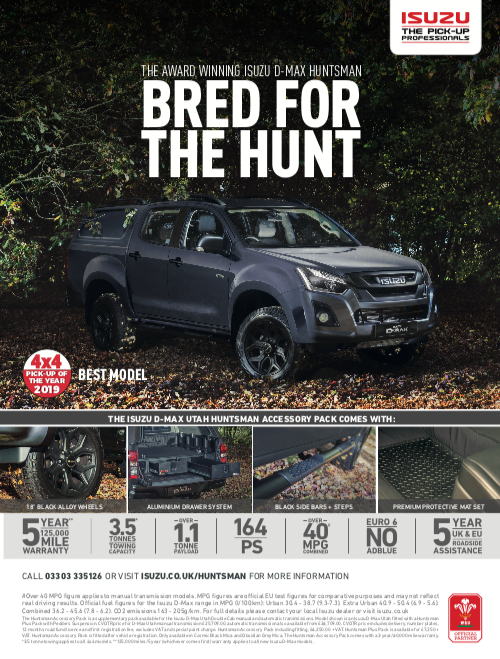