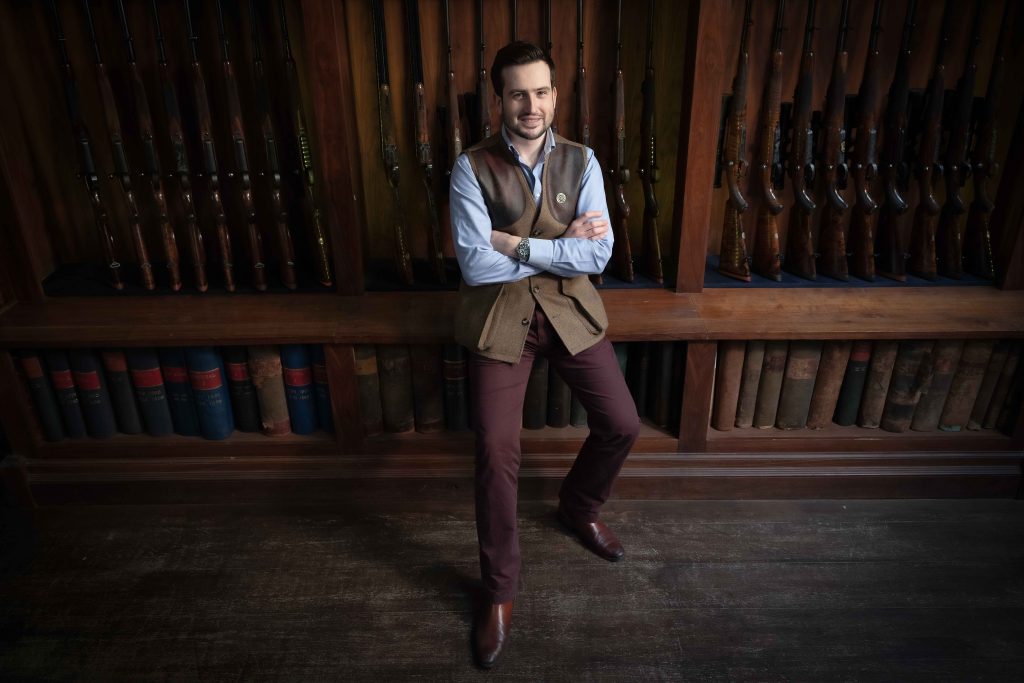 Marc Newton tell me about Rigby and where you fit in.

“Rigby is the third oldest gunmaking company in the world. It was founded in Dublin in 1775, then passed through several generations of family ownership. The company made its reputation producing reliable, high-end firearms including dangerous-game rifles. Rigby’s real flair has always been for rifles, but we still make high quality shotguns, and historically were also known for a variety of guns, including fowling pieces, duelling pistols, match rifles and just about everything else in between.”

It goes without saying that Rigby is steeped in history, with a story that spans the best part of 250 years. How important is that heritage to the company today?

“Rigby is one of a select group of companies for whom honouring the past is a vital part of the way we do things in the present; it’s not just a marketing gimmick or indulging in a bit of rose-tinted nostalgia. The ideology and achievements of the first John Rigby and his successors underpin our core values and technical and business decisions today. Rigby has always been run by people who combine vision with a great talent for innovation. Its success came from having new ideas and always pushing the boundaries of gunmaking and we’re making sure that ethos continues today.

“Thanks to a lot of hard work, we’re now back to producing 200 to 300 guns a year, which is similar to output during Rigby’s golden age before the Second World War. Over the past nine-or-so years, we’ve grown from a one-man team to an organisation comprising 24 people. We love giving opportunities for creativity to young craftspeople and have made a conscious decision to encourage new talent. That’s not to say we don’t have more senior people, but – in guntrade terms – we are particularly progressive in encouraging our younger colleagues to push those creative boundaries, just as our predecessors at Rigby did.

“Traditionally, Rigby owners have had a similarly youthful spirit of enterprise and adventure. We made guns for royal families around the world and the upper echelons of British society, but we were also selling a lot of kit to British Army officers and to that vanished class of adventurers who travelled the world.” 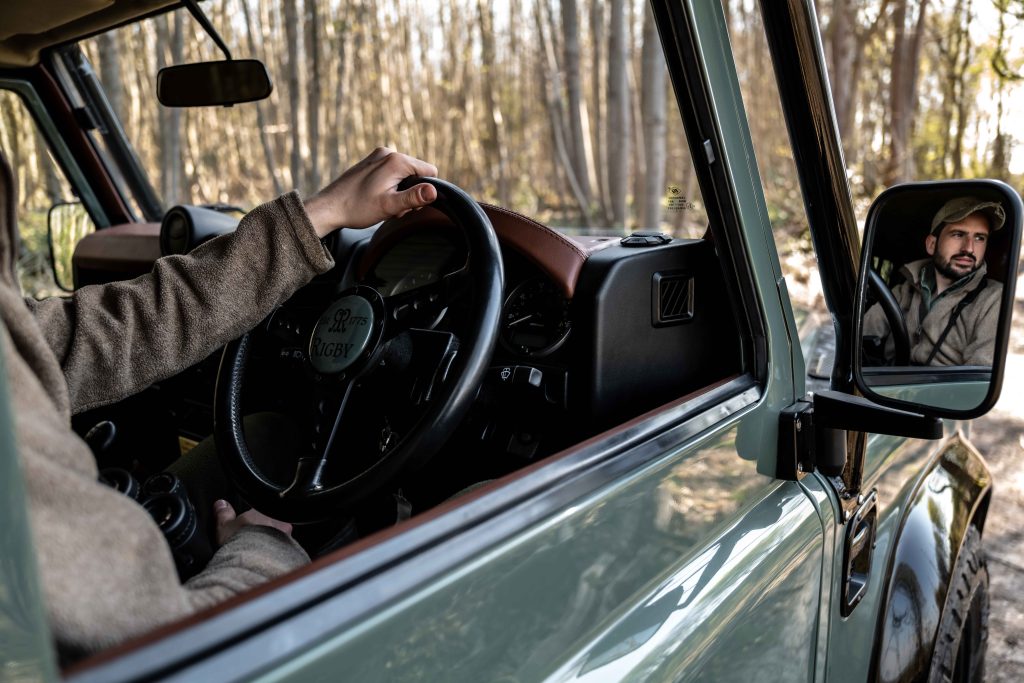 That’s rather neat. But where and how did you come in?

“I get asked this all the time. The honest answer is that I found Rigby – or Rigby found me – by happy chance. I certainly can’t take credit for any sort of plan! I flunked my A levels and left home at 18, then went to work for a fly-fishing company in London. I’d never even been to London before, so it was an exciting time in all sorts of ways, but Rigby still wasn’t on my radar as a career option. Fate took a hand, and I was introduced to a man called Paul Roberts, to whom I owe a huge debt of gratitude.

“When I met him, Paul had been in the gunmaking industry since starting to work for his father in his early teens, more than 60 years ago. He had an encyclopaedic knowledge of high quality gunmaking and had owned Rigby in the 80s and 90s. Paul took me under his wing and it’s thanks to his mentorship that I am where I am today. Back then, I didn’t have any grasp of gunmaking, but I did have plenty of enthusiasm. I wanted to learn as much as possible. I also had a passion for rifles, fieldsports, travel and adventure, coming from a family in which shooting, stalking and fishing has always played an important part. Paul saw that I had potential and built on it. I also owe a great deal to Patricia Pugh, who had been a director of the company when Paul owned it. Together, they taught me everything about Rigby and gave me a rock-solid grounding in gunmaking. Crucially, they also taught me how to sell things. Too often in this industry we get so focussed on making beautiful firearms that we forget we need to make things work financially too. I couldn’t have asked for better training.

“When I was 25, I was approached by the German owners of the Blaser group. They told me they were going to buy Rigby and said: ‘We know you’ve been mentored by Paul Roberts, and we would like you to make it a success.’ They gave me a blank sheet of paper. From there the whole thing just snowballed thanks to a bit of luck and a lot of hard work. I had Patty on board as finance director and, as we needed to grow the team, the right people turned up at the right time, and Rigby was back on the rails.” 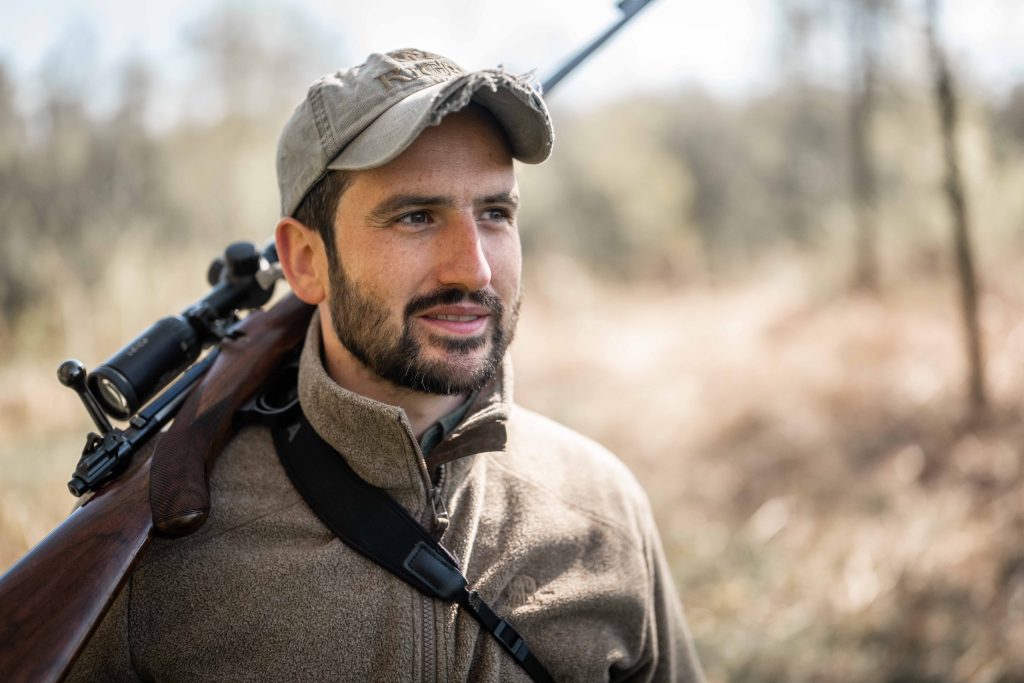 Just to backtrack a bit: you were brought up with hunting, fishing and shooting. Which is your primary passion?

“It’s always been deer stalking, but I appreciate it in a different way now to when I was younger. I still absolutely adore it and love to go out with my brother and father and – most of all – my daughter. As I’ve got older, however, the desire to be out all the time has evolved into a desire to help and teach other people.

“For me, stalking has always had an important link to my family’s past and I’m increasingly determined that it will have a link to our future. I stalk on a piece of ground close to my house where, around 80 years ago, my great-grandfather was gamekeeper for the estate owner. Our family has been associated with this bit of ground for the best part of a century and that really matters to me.

“I take probably five or six bucks a year there. One of my favourite things about it is being able to bring the carcase into work and to divide it up among the troops. I love giving people game to eat, which is why I believe so strongly in the fabulous work that your magazine does. We should be eating what we kill. It’s all well and good being passionate about shooting and getting out in the field, but the eating is as just important as the harvesting.”

“I think it has improved. TV chefs seem to have done a wonderful job of making game more accessible to the general public in the past 15 years. If you’re not brought up around game, I imagine it can be quite an alien concept. Magazines like yours, which I think are phenomenal [why thank you] play a big part in helping with this. I suppose game has an unfortunate hangover from the past: there are too many old wives’ tales still about, such as hanging birds until their heads fall off. But the simple fact – as you and I know – is that wild game is some of the most fabulous produce that can be found in this country. It’s no harder to cook a pheasant than a chicken. It’s also cheaper, healthier, better for the environment and – crucially – tastes better.” 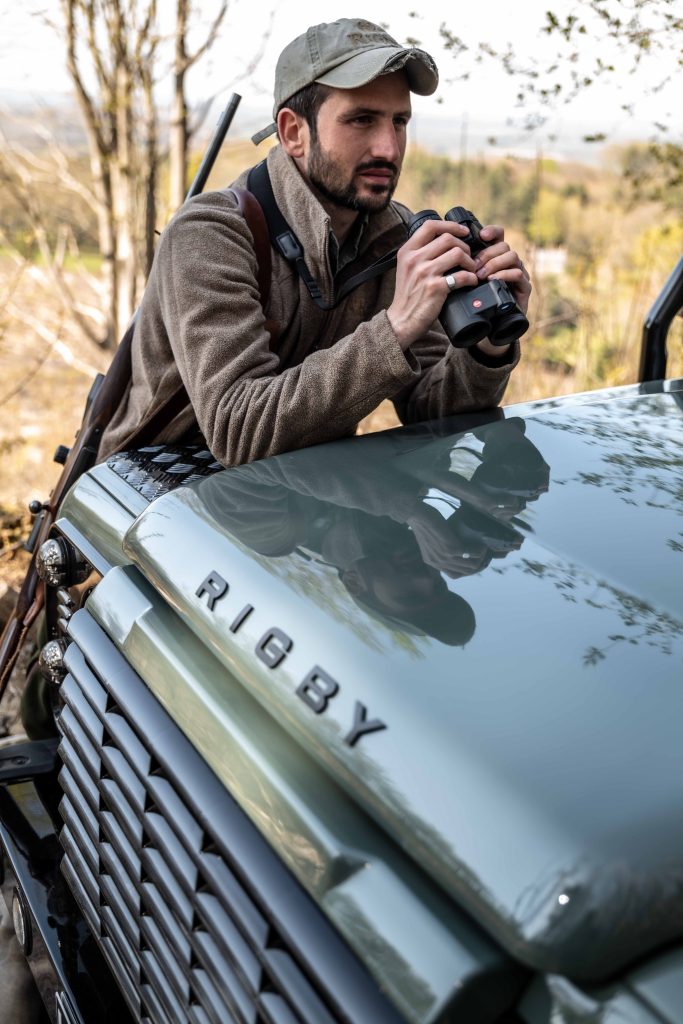 How can we encourage younger generations just getting into shooting to be a little bit more adventurous with their game eating or cooking?

“By setting an example. I can’t speak for everybody, and everybody’s free to make their own choices, but I’ve decided I will no longer attend a shoot unless I can buy as much of the bag as possible to take home – and I’m happy to pay whatever the price is. Just taking the basic two birds at the end of the day doesn’t sit right. We’ve got to be doing more. We’ve got to be eating more of this wonderful meat and leading by example. Bringing children up not to be scared of game is also fundamental: we can show them it’s natural for meat to come with fur or feathers rather than shrink wrapped in plastic.

“At home we really encourage our daughter to get in there with her hands, to explore and really understand what meat is. She knows that this stuff isn’t scary, that it tastes great and is better for us. Eating game fits so well with the environmental and economic challenges we’re all facing: right now we have a huge opportunity as an industry and as a community to promote shooting and the harvesting of wild food in a way that makes popular sense. The bottom line, however, is that we need to set an example. If we’re not eating game, we shouldn’t be shooting it.

“We’re lucky enough have a surplus of some incredible game species in this country and they deserve our respect. This applies in death as well as in life. It’s our duty to utilise shot game in its entirety and not to abuse or waste it. It’s all quite simple stuff: people just need to open their eyes and face up to the facts. Stories about burning or burying birds make me feel ashamed to call myself a countryman.

“Respect for quarry and doing things the right way is something I am passionate about for hunting across the globe, not just at home. Rigby has recently launched an initiative to help buffalo hunting in Africa evolve in a way that focuses on herd management and scientific research rather than trophy size. It’s called the Dagga Boy Award.

“A ‘Dagga Boy’ is an old bull who’s past breeding age and been kicked out of his herd. He’s typically very bad tempered, has broken horns and is losing his hair. He’ll be around 10 – 12 years old and is looking at a pretty horrific end in the wild, gradually wasting away before the lions and hyenas rip him apart. The Rigby Dagga Boy scheme offers an award for the gnarliest, oldest buffalo taken during an ethical, open area, fair chase hunt. Entrants must submit photographic evidence of compliance with the rules, plus photographs of the animal’s molars. The prize is a Rigby rifle and will be awarded every two years. We’ve partnered with Dr. Kevin Robertson, a specialist vet in South Africa, who will use the entries to collect important data on the part these veteran buffalo play in the ecosystem.

“The message is that trophy size is not more important than age. Hunting is natural to us as humans, and these old beasts, which are extremely exciting to hunt – you can easily end up in a hair-raising situation chasing them – are the ones we should be going after. The carcases are also fully utilised and are eaten by the local community. While humans have the desire to hunt, and I think they always will, it’s for the betterment of the buffalo species that we’re not taking out the virile breeding bulls.” 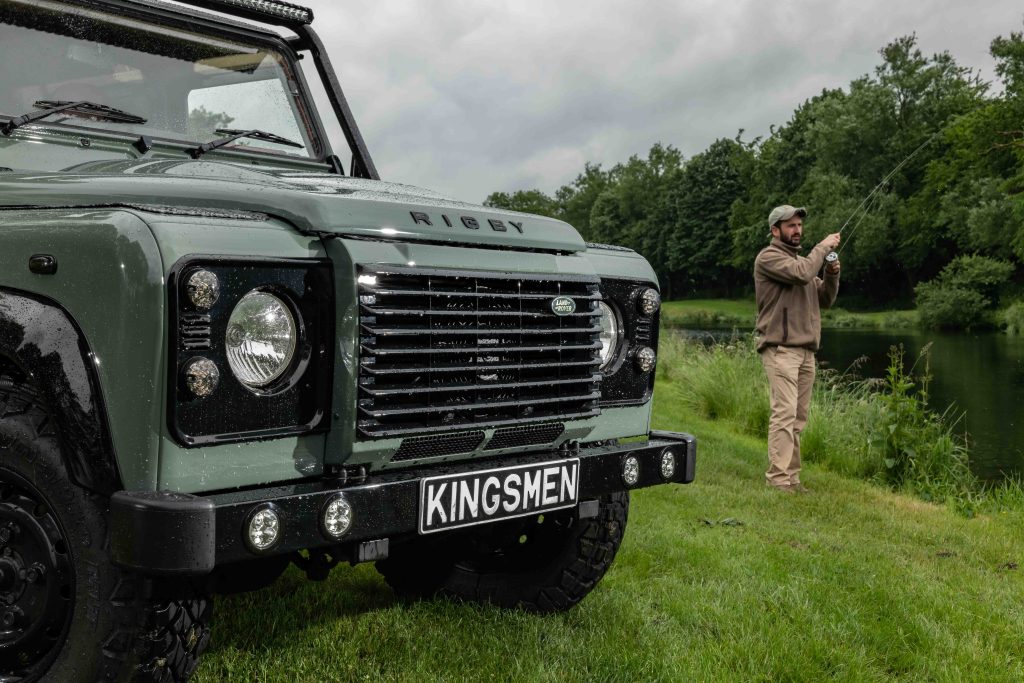 And finally, your nomination for the Most Badly Behaved Dog Award?

“There are two actually. First, myself and my two-year-old spaniel, Spot. We absolutely adore him and he’s been completely spoiled by our daughter. He gave a textbook demonstration of unruliness on the moors during our family walked-up grouse days in August. I’d say he’s the best ‘worst dog’ in the world!

“Spot has stiff competition from my friend Monty’s spaniel though, who gets my second nomination. Monty’s an ex-army officer, but that counts for nothing with his dog. To be honest, I’m tempted to deny ownership and association when both spaniels are present on a shoot – charging about, apparently deaf to all commands… but, for me, shooting is about being out and enjoying the day with the family, even unruly four-legged members, so they’re always forgiven in the end.”