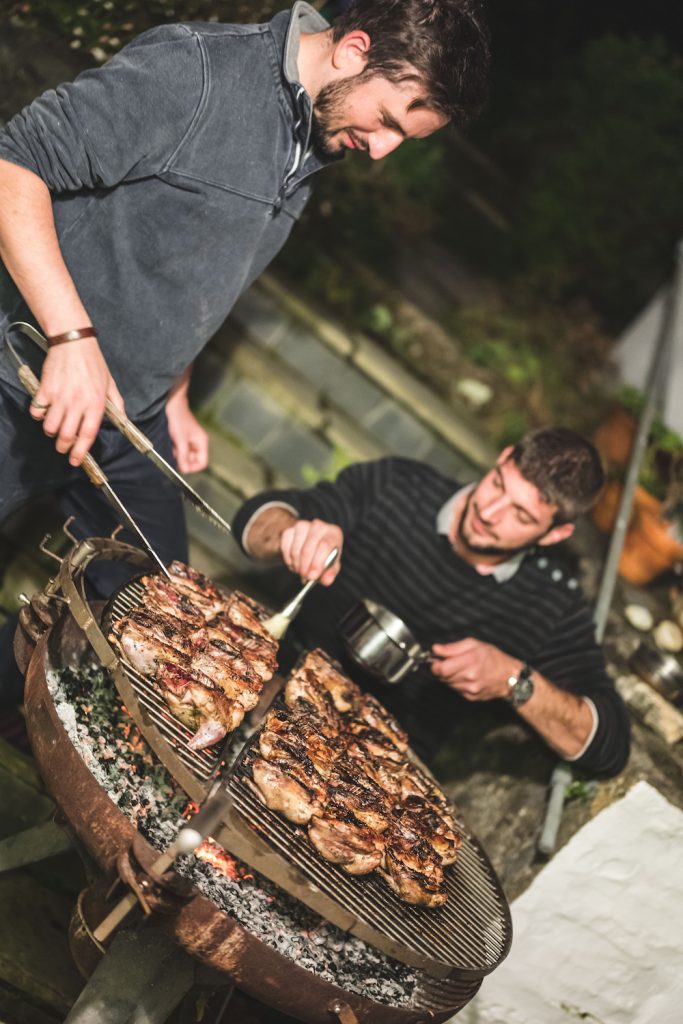 Marc Newton has presided over Rigby’s return to the top of the London gunmaking world since John Rigby & Co. moved back to the city in 2013. Marc’s passion for both hunting and gunmaking has led the company to produce bespoke London Bests, as well as the first Rising Bite double rifles and shotguns to be built for more than 50 years, and a launch of the Big Game and Highland Stalker bolt-action rifles which won awards in both the US and the UK. His passion is not only for the future of the firm: he has acquired some amazing pieces for the company’s London museum, including the legendary .275 Rigby used by Jim Corbett.

The best, without question is wild game cooked in the outdoors: braai in Africa. I feel incredibly privileged to have hunted in Africa several times, nothing quite beats enjoying fresh meat, cooked over wood, with an amazing view. If I had to pick, I’d say eland was the best of the wild game over there – it’s very beef-like, just a bit more gamey – similar to moose. A close rival is a roast grouse though. The worst – that’s harder. I think it is when the game has been overcooked, or when the dish is very fussy.

I’ve shot most types of game and I wouldn’t shoot anything and not eat it. It’s a huge part of the ethos of hunting for me – eating game is all part of the respect that we show the animals. A life is a life – and I feel strongly that if an animal is killed it should be eaten.

The place that gives me the most memories is my father’s hunting and fishing lodge in Scotland, Edradour. It’s spectacular in its setting, and there’s so much sport to be had, including stalking, fishing and walked-up shooting. You can’t beat it.

That’s a hard one – I’ve got amazing memories from all my trips, but I’d have to say that it was a day’s walked-up grouse shooting last year at Edradour. My wife came with me and had our eight-month old baby strapped to her chest. It was the combination of a day on the hill with my family that did it for me.

My mantra is: If you don’t eat it, don’t shoot it. All the birds shot during a day’s sport should be used. I always take at least a brace but more if I can and we as a family eat as much game as possible. I often give game to people I know, who don’t have access to it themselves, for them it’s worth its weight in gold. They really love it. I also give quite a bit to our local vicar who then passes it on to families who are struggling in the village. It’s a great way to share what we have. Of course I understand that some guns just don’t have the facilities to hang and pluck game, but I think if you can, you should always take game home with you after a day’s shooting. I know some shoots have prepared birds to give to the guns, but I enjoy the whole process of dressing birds. There’s something not quite right about meat coming out of a plastic packet.

If I could choose anywhere at all – and perhaps I’m stretching it a bit with this one – I’d go back in time. I’d love to experience a day’s shooting a century ago with some of the great Rigby adventurers of the past, like Karamojo Bell and Jim Corbett. I believe a day’s shooting should be about the company and conversation, rather than focusing on the bag total. We’d have a picnic lunch, with venison sausages, a jar of mustard, some pickled onions, and crusty bread, and we’d drink Champagne and sloe gin. The beaters and the guns would all join in. For dinner, I’d always choose roast grouse and a decent bottle of claret. I’d sit back, relax and listen to everyone’s tales. You learn an awful lot about people when you spend the day shooting with them.

And what would be your gun of choice?

It would have to be the Rigby Rising Bite sidelock ejector. No question!

You like cooking outdoors – what’s the most important thing to bear in mind when cooking and eating game in that environment?

I love cooking outdoors and we do a lot of it at home. The fire shouldn’t be too hot or too cold, you need good quality wood or charcoal and the meat should be marinaded and then basted. You need a good glass of something while you are cooking, of course. As a result of cooking outside at least four or five times a week, my wife and I decided to get rid of our TV so we could enjoy real life experiences. It’s fantastic. Not much can beat a bit of smoke, wine, meat and conversation. 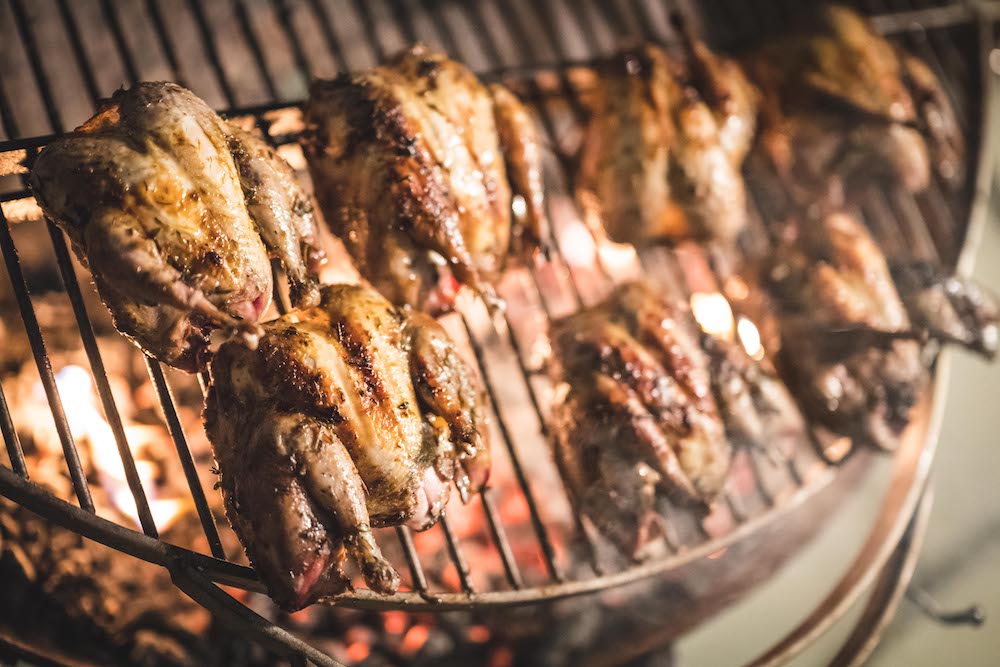 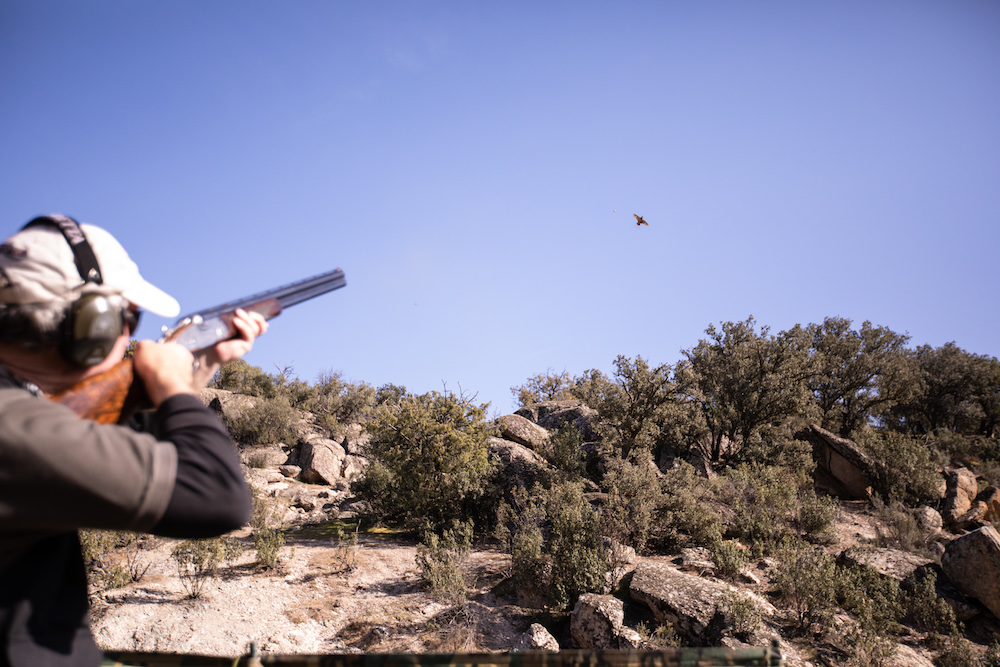