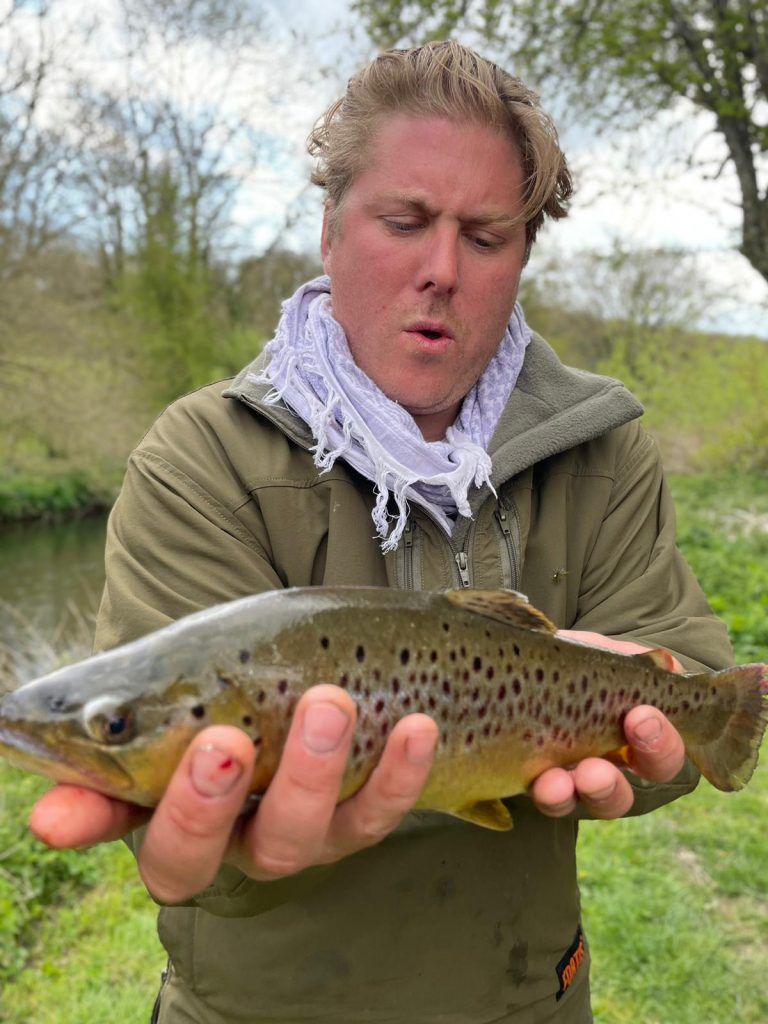 Operating under the nom de cuisine of Gamey Jaimie – not a reflection on personal hygiene, rather on the culinary preference and status that have made him Game Chef of the Year

Jaimie Haselock has been working in the upper reaches of the restaurant trade for well over fifteen years. I caught up with him by phone, he in his car on the way to Bideford in North Devon. It turns out he was acting as support for his brother who was running the coastal path ‘for fun’ (it takes all sorts), plus doing a bit of coastal cooking and fishing….

Having spent the majority of his career based in London, in the process building up an impressive roster of loyal clients and an enviable critical reputation, by 2019 Jaimie was ready for a return to his roots.

“I came back down to Taunton to reopen. What with one thing and another that didn’t work out as planned, so I basically went back to private cheffing. I’d spent a number of years in London, working privately, travelling the world, seeing Africa, and I brought my little black book back to the west country.

“I’d found the location, all was moving along well, then covid came. So that’s had to be put on hold, and of course the private dining work has been totally non-existent. Call it an enforced break. Now I’ve always wanted to make a cookery programme and write a book, and covid’s given us the time to do it. Thing is, I’ve been getting increasingly annoyed by the number of really boring cookery shows out there. I reckon it’s time to bring some rock and roll back into cooking. The likes of Keith Floyd, Marco Pierre White; let’s drink, let’s smoke, let’s make a bit of noise, go and meet some real people, lobster pot men, the gamekeepers that really look after and care for their venison; let’s talk about trout with people who know and understand them. I’ve got a new business partner, we’ve filmed a pilot, and it’s going to be presented to major TV companies. Ranald (Macdonald), who owns the Boisdale, has been a great supporter. He’s offered us the restaurant for the evening when we launch in the autumn. 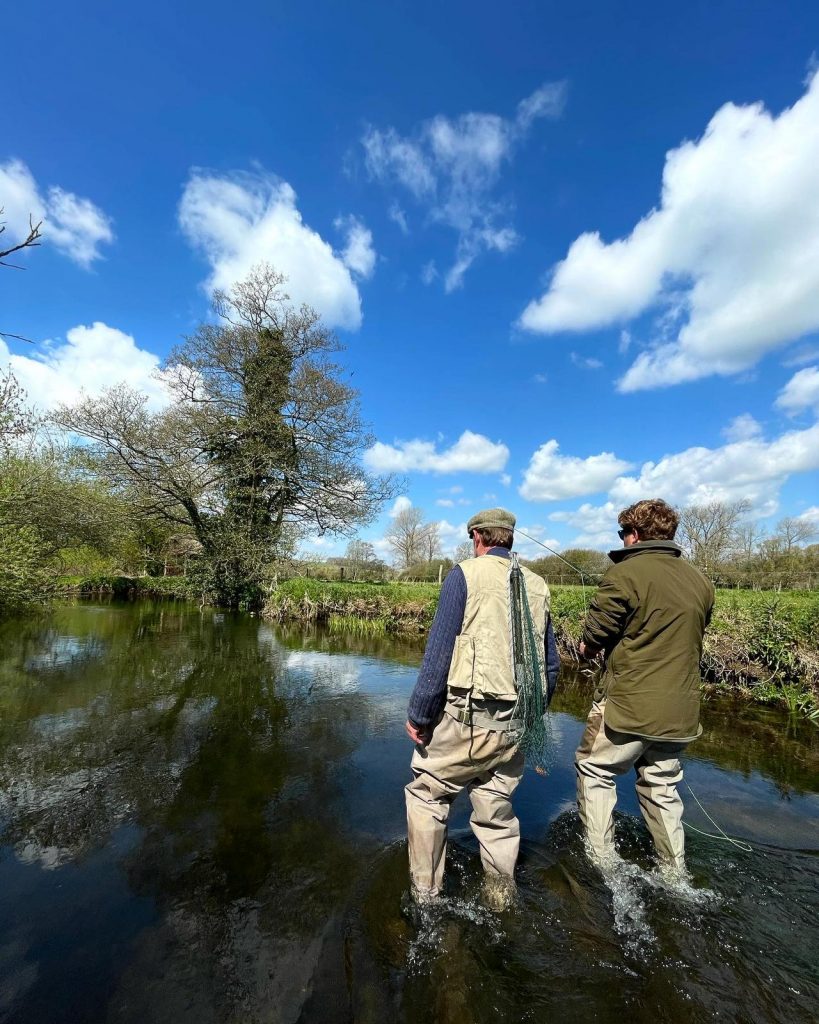 “Everything we talked about while filming – everything we cooked, foraged, and drank – was local. It’s called The Wild Scoundrels Eat The Country. Obviously early days, but the dream is to do something along the same lines as Anthony Bourdain. The Wild Scoundrels Eat the North of England, The Highlands, Dublin. Not so much the Hairy Bikers, more Two Fat Ladies with cigars and whisky. So people can connect, have fun, while hopefully celebrating local food rather than drooling over pomegranates flown in from South America.”

Peter O’Toole and Richard Harris on a cookery tour? “Ha! You know what? If only he’d been a chef, my food hero would have been Oliver Reed. Someone once described me as the Oliver Reed of the culinary kitchen.” A sobering thought. Undoubtedly exciting, if not for the faint-hearted.

The downtime enforced by covid has brought another, unexpected, by-product. “Over the past god knows how many months I’ve become an expert in social media, which I absolutely bloody hate. It took me a good while to learn about it and find out how to use it, and now I spend yet more time setting up cookery scenarios, creating recipes and designing menus. I’ve got a lot of time to do that at the moment, but hopefully by this time next year I’ll be able to employ someone to do it for me. Because as I said I really, really hate it. Christ, I’ve been told to get on to TikTok; apparently you have to be on TikTok, it’s a monster. I refuse to do it, partly because I simply don’t have the time of day, but mostly because as far as I’m concerned there isn’t enough space in the world for TikTok. 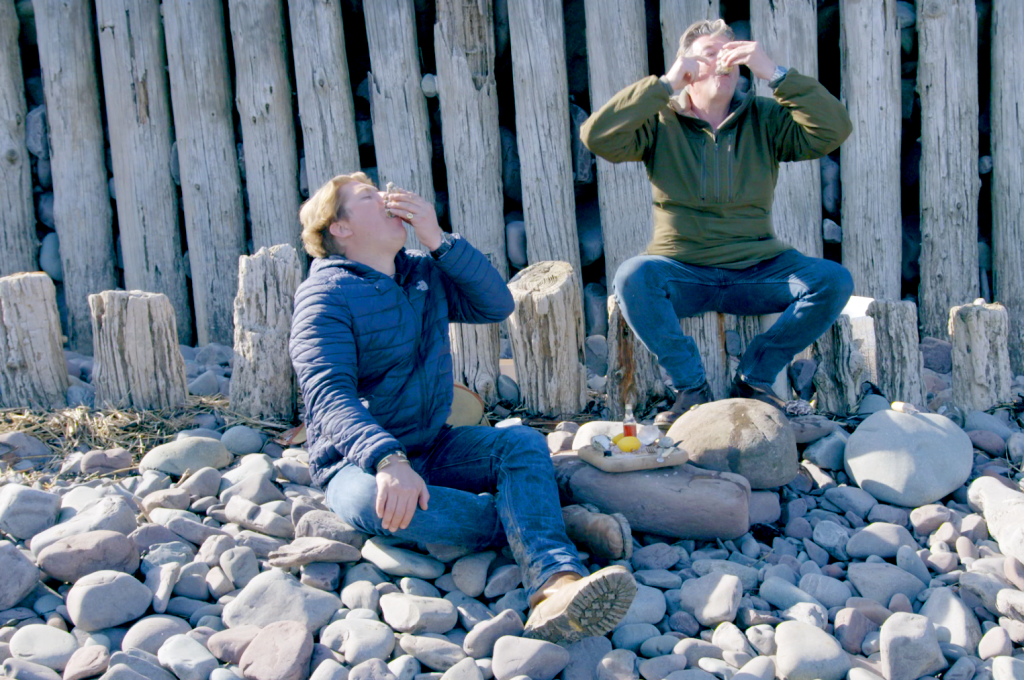 “Then I talk to people who say ‘You haven’t got 10,000 followers, why should we work with you?’ It’s insane. Because I have skills, talent, can do stuff? If they’re prepared to pay me to be on Instagram, I’ll give them 40,000 followers.”

Despite the good humour with which he relates this sorry tale our debased times, it’s clear this seriously irritates him. So, I tactfully ask, talk to me about trout; speak to me of your deep and abiding relationship with this noble fish.

“I call them the princes of the river. Such a humble, stoic fish, gliding through our chalk streams. There’s simply something so romantic about fly fishing on a trout river. I don’t want to sound like a hippy, but you really do feel at one with nature.” Well, maybe you didn’t want to – but then I too am off, burbling about a sublime combination of the senses or some such nonsense. 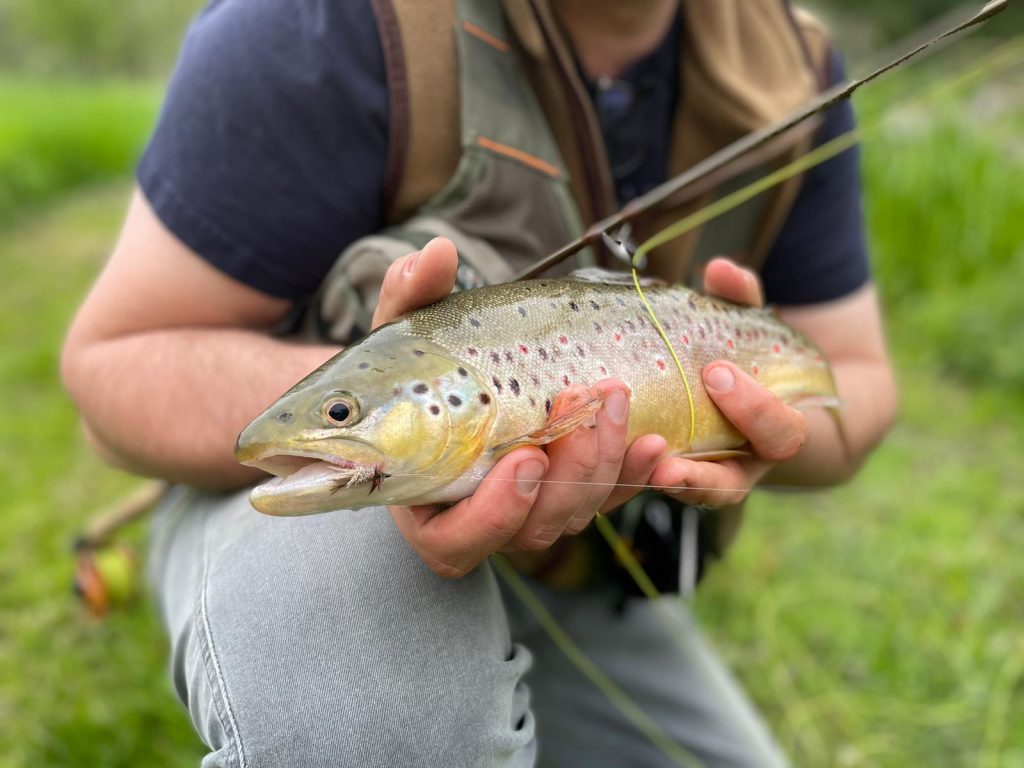 “Exactly!” Phew, got away with it. “It’s like being in a string quartet, that harmony, and it has little do with whether you catch anything. You can see the little buggers, dancing around kind of giving you the finger, which of course makes it all the better when you do land one. It’s just very magical, kind of Wind in the Willows. I like to go out with some gin, limes, and a nice cigar, get quietly mellow on my own while playing with a fishing rod. Beautiful.

“The last place I was at was Wracklesford Estate in Dorset, the most westerly chalk stream in the country, and it was just so calming. Unbelievably clear water, so many fish, but all so clever. A lot of people spend a fortune on therapy. Get yourself onto a river for a day or two. And if that doesn’t solve your problems you’re in real trouble.”

I mention A River Runs Through It. And of course it turns out to be one of Jaimie’s favourite films, precisely because of the way it captures this therapeutic serenity. We move on to specifics. I’ve been mucking about with ceviche for a while, and idly contemplating knocking one up using a freshly caught fish on the riverbank. Is trout a suitable candidate?

“Oh yes, it is indeed. But even better in that line is a gravlax, it’s one of the recipes I’ve been working on recently. A trout gravlax with wild garlic pesto. Or you can cook the trout wrapped in garlic leaves: beautiful. Generally I don’t like to muck about with fish. The fish is the flavour. All you really need is salt, pepper, olive or butter, and garlic. Maybe lemon. Use lemon to cut through and bring out the freshness, butter to enhance the richness of the flavour, garlic for explosions on the tongue. Don’t bother with paprika, fennel; you want to taste the wild fish. Unless I’m doing a ceviche or a gravlax. Gravlax with a dill and wild garlic cure is just sensational. In fact I firmly believe gravlax trout to be much better than salmon.”

We leave it there, after Jaimie has told me he’s off to Nice for the summer to cook for a music producer. I think of the Rolling Stones, of the wild rumours that swirled around the making of Exile on Main Street. A very suitable location. 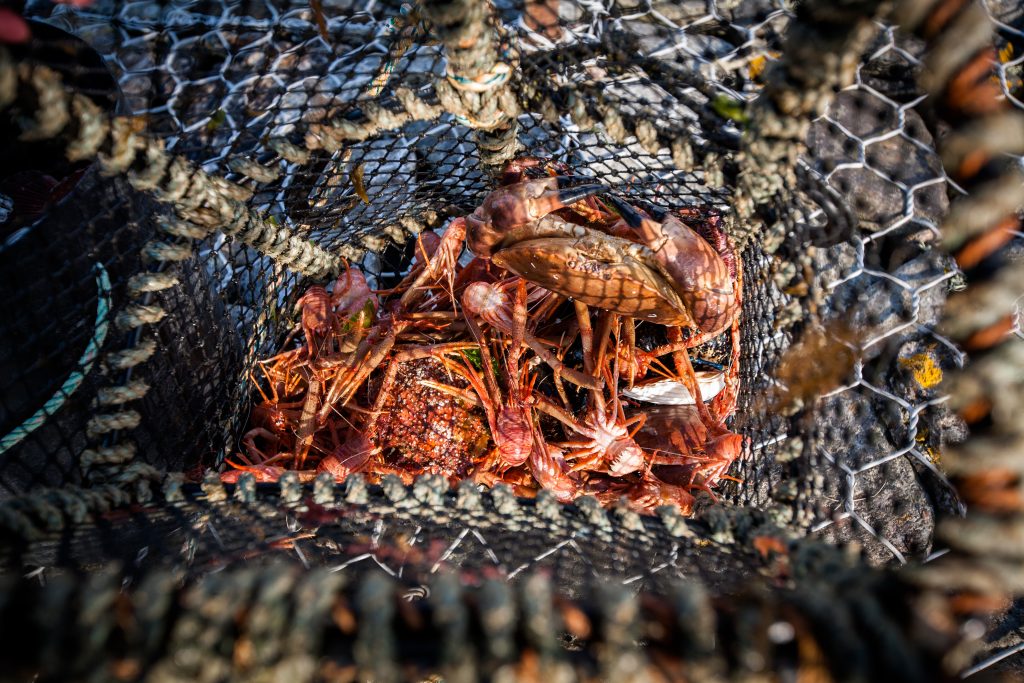 Jaimie’s recipes are delicious and simple, follow the links below to explore and try.

Potted shrimp with champagne and a few extras

Poached and steamed, glorious sea bream from the Dorset coast 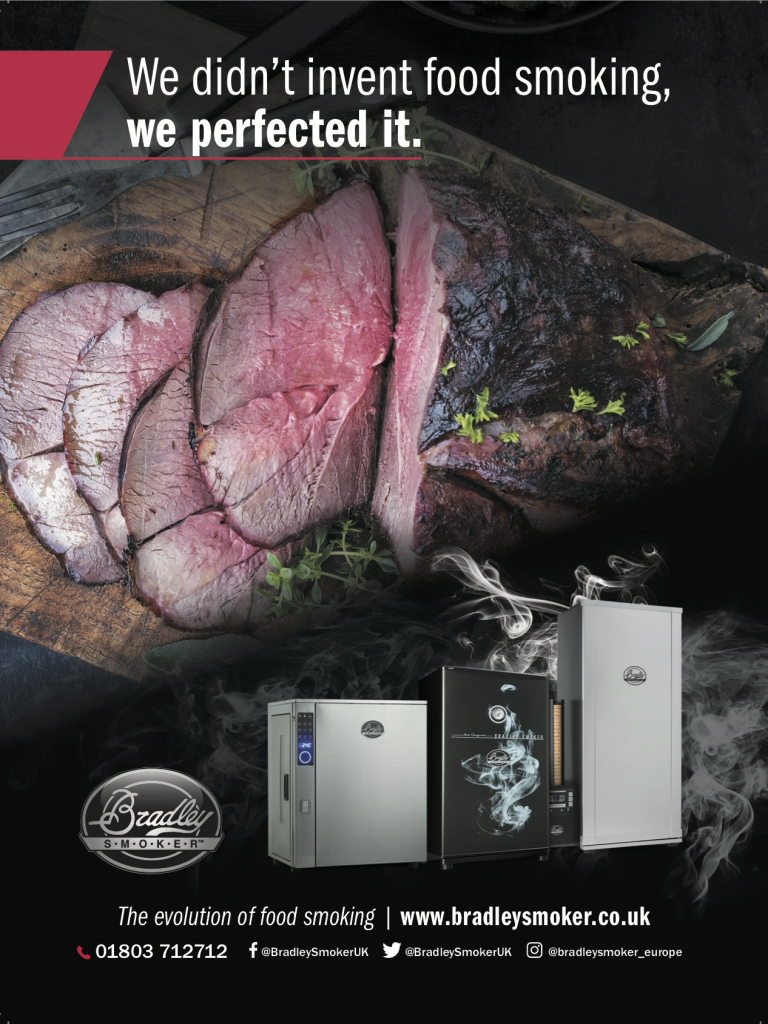 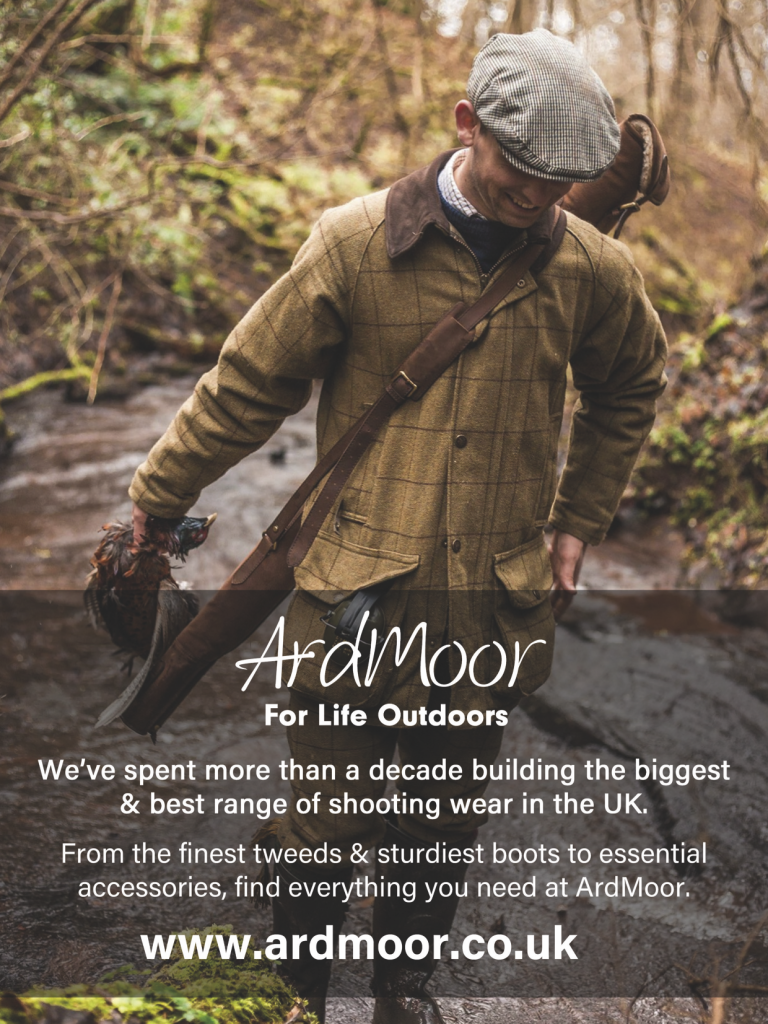 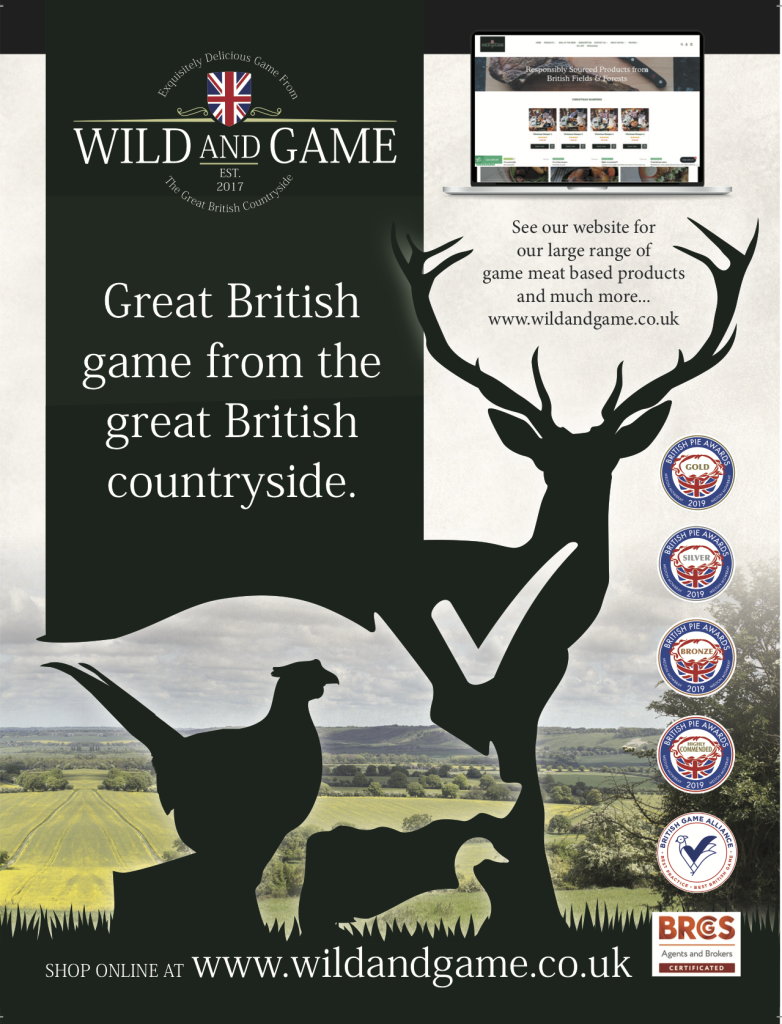