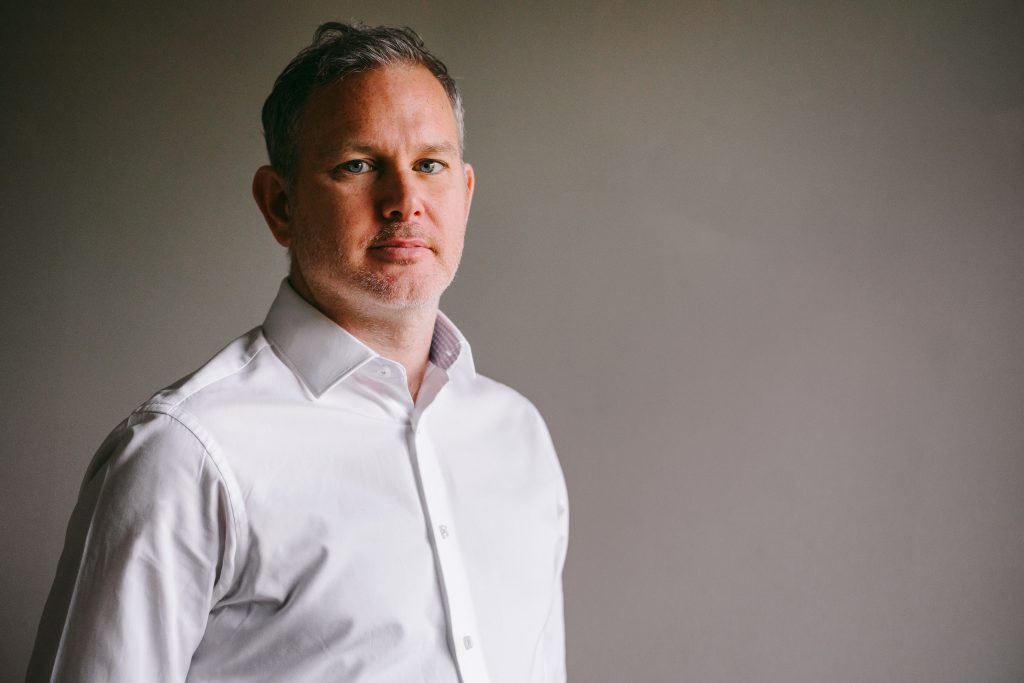 Let’s understand a little bit more about you and what you’re about.

‘Axis is a land promoter and developer. The purpose of our business is to help landowners achieve planning permission for residential and mixed-use schemes for housing, including affordable housing. So we’re helping landowners capture value from their land, but also contributing towards solving some of the current housing crisis in the UK.

‘We work closely and in partnership with landowners. Often the land has been in their families for generations, or perhaps is part of a historic trust. They identify with their land. We aim to deliver something that they can be proud of as a legacy with a really sustainable future, making sure that we provide the building blocks to create something in terms of new communities that going forward they can be proud of, and that provides for future generations.

‘At the same time we are very conscious of the environment that we are working in and create. It’s a complex process, and if you go into it without your eyes wide open it can be very expensive. We like to think that our expertise in this area helps guide the landowner: they can be involved as much or as little as they want, then once we achieve planning permission we take the site to house builders.’

You mentioned that you bring in the environmental side of things when looking at new projects and plans. Have you found that people are becoming more conscious of their environmental footprint when it comes to developing big land areas?

‘Often we’re dealing with landowners who have been farming for an eternity, so actually they’re pretty much at the forefront of understanding how their land and environment is affected in terms of biodiversity, ecology, the impact of pollutants et cetera. So actually it’s a really good set of people to work with, who are probably even more educated and informed than some others. But consumers have also changed their attitude towards these issues, and for them it’s really important that the environment they’ll be living in is going to be a positive now and in the future. New developments tend to attract first time buyers as well as people moving to their second homes, with growing families. The influence of younger generations is is making everyone wake up, it’s welcome, and it’s something we need to act on now.

‘We used to say we’re going to create a community, but I don’t think you can create a community. Communities create themselves. What we want to try and establish is the foundations and building blocks that empower people who move into new developments, to go on and create that community organically thanks to a congenial and healthy environment.’

So land development and planning aside, do you ever shoot and fish?

‘I’m a relatively new shooter so I’m still learning the trade, but I find it immensely addictive and very, very enjoyable. It’s also extremely frustrating, because right now I can’t hit a barn door. I love fishing but I don’t get to do as much of it as I’d like to. Growing up, I would regularly go fishing with my dad, and brother up to Scotland every half term in October.

‘But from a young lad I’ve always enjoyed the outside and outdoors, which also then introduced me to eating game, and venison in particular. I absolutely love it, and the versatility and healthiness of it is good as well. I’m always very keen to try new recipes.’

So what’s your favourite game dish to make when you’re trying to impress someone or you’ve got people coming over for dinner?

‘I did a wintery dish, pan-fried pigeon breasts with lovely seasonal greens and a red wine jus, and it went down alright. I was very worried about it, but I managed to cook the breasts just well enough: I was very cautious not to overcook them.  ‘; or I’d have to say just a really nice rich venison steak simply served. But I’d love to be more adventurous. I’m very lucky that we have a game dealer in our village here in Cambridgeshire, who’ll give me lots of little tips and hints. So, armed with a Talking Game magazine, I’ll be looking at what he’s got in his game counter. And then I’ll try to convince my children that it’s just because it’s not beige,  it should be eaten.’

Do you think people’s attitudes are changing towards eating game as well?

‘I think there is a shift. I’ve certainly noticed it appearing more. I think part of that is the healthy side of it. If you compare some of your  run of the mill sausages, beef steaks and things like that, the game side is much lower in cholesterol. It’s a slow shift but it’s nice to see that different types of game coming into supermarkets, and I think this is where Talking Game can be really helpful because I think what’s stopping most people is not knowing how to cook it. And I’d really like to see more variety of fish in shops too.’

You said you spent your holidays as a child fishing up in Scotland. Where did you used to go?

‘We would always go to Dumfries and Galloway: we’d often stop off in Dumfries and if we were lucky watch the salmon leaping up the river. Then we would travel around to a little town called Dalbeattie and stay on the coast at Sandyhills, we’d drive out each day to different places and lochs around the area. I was a bit young to flyfish but what kind of put me off was the biggest catch my Dad ever landed on a fly: himself. I remember he and my mother having a bit of a ‘debate’, with him saying “Don’t be daft, all I need to do is just push it through and whip off the barb and it’ll come out”. Anyway, we had to rush to Dumfries hospital to have the fly removed from his eyelid. Luckily it didn’t damage his eye, they managed to get it out, and yes the doctor did just push it out and whip off the barb. I’m trying to get out to do more coarse fishing though  salmon fishing in Canada is on my bucket list.

A quick one to round off: describe the way that you felt when you caught your first fish.

‘I was absolutely ecstatic, so excited that I yanked so hard on the rod that the fish came flying out of the water and landed on the grass beside me. I just stood there absolutely frozen, not knowing what to do. But it was the most addictive thing ever. Right then I wanted to go back and try and catch a bigger one. So, you know, I’ve got to book some time in at some point and take my son and daughter and get them as excited as I was.’

And what’s the biggest fish you’ve ever caught?

‘A 24lb pike. I was pleased as punch until about ten minutes later, when dad caught a 30lb one.’ 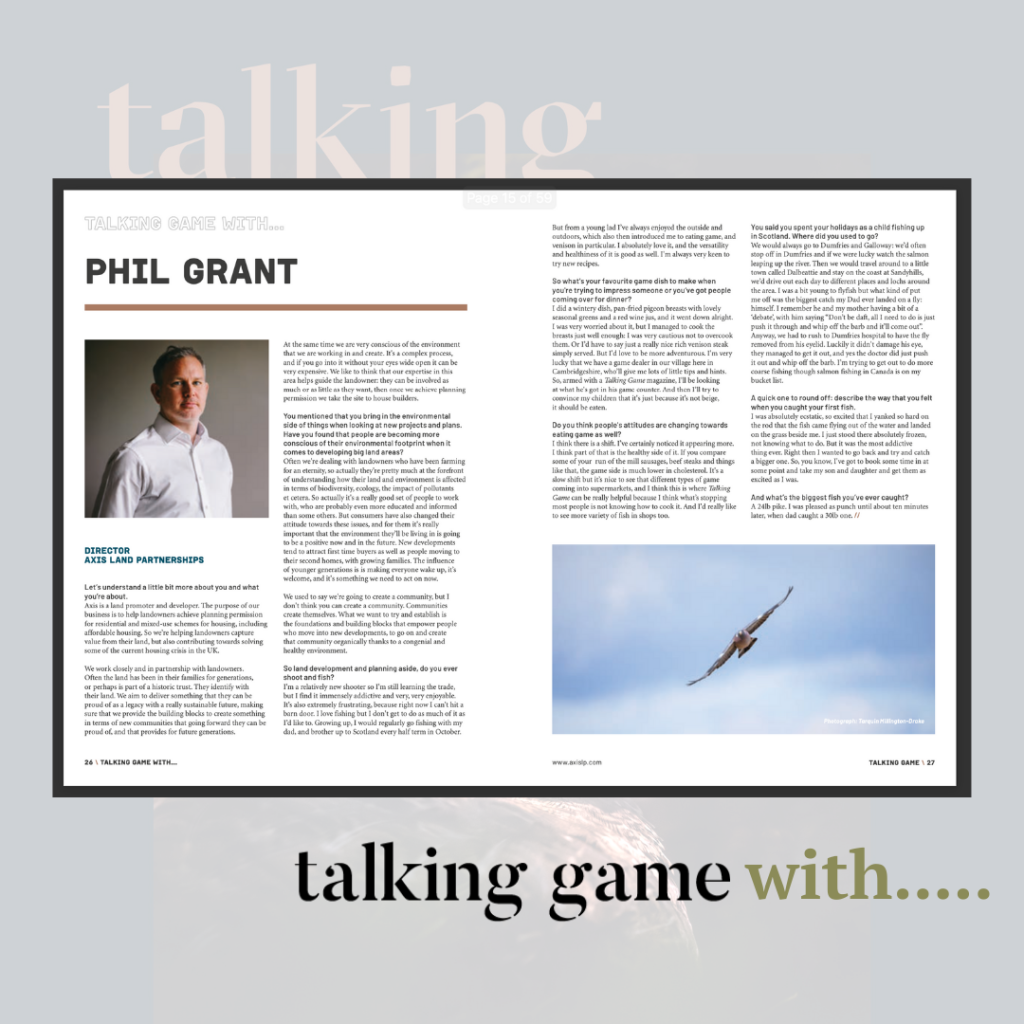