What set you off on your current path?

It’s the ultimate cliché, but it all started with my nan, who was an amazing cook. Nothing fancy, just good wholesome food but transformed into truly epic meals. Mainly using the cheaper cuts: I’m talking collar bacon, and brisket way before it was trendy as it was one of the cheapest roasting joints you could buy. I can still recall her bacon and mash. On paper it’s not the most fancy dish, but it was made with real old-school rind-on bacon, and potatoes from the garden. The bacon was dry cured so the only thing to leech out of it was the fat, which was drizzled over the mash: just heavenly. Then, growing up, my mum was and still is a great cook. I don’t think we ate one ready-made meal from the freezer. It was freshly prepared every day, and we always sat at the table. I was brought up on good meat and veg: again not the expensive cuts, but meat from the butcher, every day, and this continued when I became a butcher.

In my teens I watched a lot of food programmes and started to collect cookery books. In those days, you had Rick Stein, the brilliant Gary Rhodes, the Two Fat Ladies and of course my absolute favourite, the late great Keith Floyd. Keith may not have been the best chef, but his style and personality had me hooked; plus, he would cook with ingredients others would not. It’s through him that my appreciation for cooking game started. Watching him cook rabbit, pigeon and venison was a real eye-opener. Because of him I’m proud to say I’m not so much a chef, but a cook with a few moves.

Being a butcher and a cook, I love that I am able to complete the circle. I do a lot of field to fork, from an animal standing in the field right through the entire process to the finished dish on the plate. And after sectioning a carcass or bird, translating the result into yet more dishes. Nothing gives me more pleasure than butchering a deer into select cuts, then turning the trim into wonderful sausages or burgers. Nice and simple: but delicious, all made by hand, and by me.

Do you have a favourite game ingredient?

Most definitely. The humble pigeon, and hopefully that won’t need to change. For me it’s one of the most versatile meats going, and cooked right – i.e. hot and fast – will give any steak a run for its money. Then there is the whole roasted bird, pigeon pies, and exceptionally good sausages. 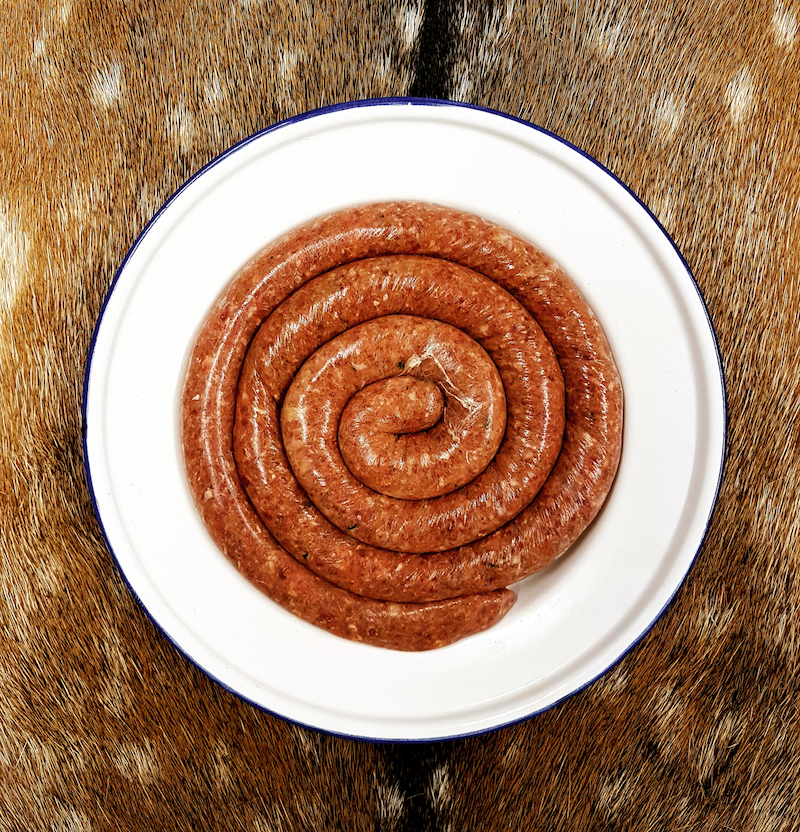 The most important thing is to not overcook it. It’s an oldie but a goodie, and doesn’t mean that it has to be almost raw. But always, cooking game a little under is when you will really be getting the full potential, flavour and texture-wise. If you haven’t got one, invest in a meat probe to eliminate guesswork. Cheap as chips, always useful, and the only reliable way to cook to your preferred ‘doneness’, be it rare, medium, or dare I say it well done.

What’s the most important thing to bear in mind when preparing game at home?

Being a butcher for 32 years it’s safe to say I know a little about hanging meat. We all have our preferences, and we all know Old Billy who hangs his pheasants until “maggits is falling from ‘is arse.” It’s a school of thought, but not my bag. With pigeon, I’d have the breasts off as soon as it’s cooled correctly, and rabbit the same. 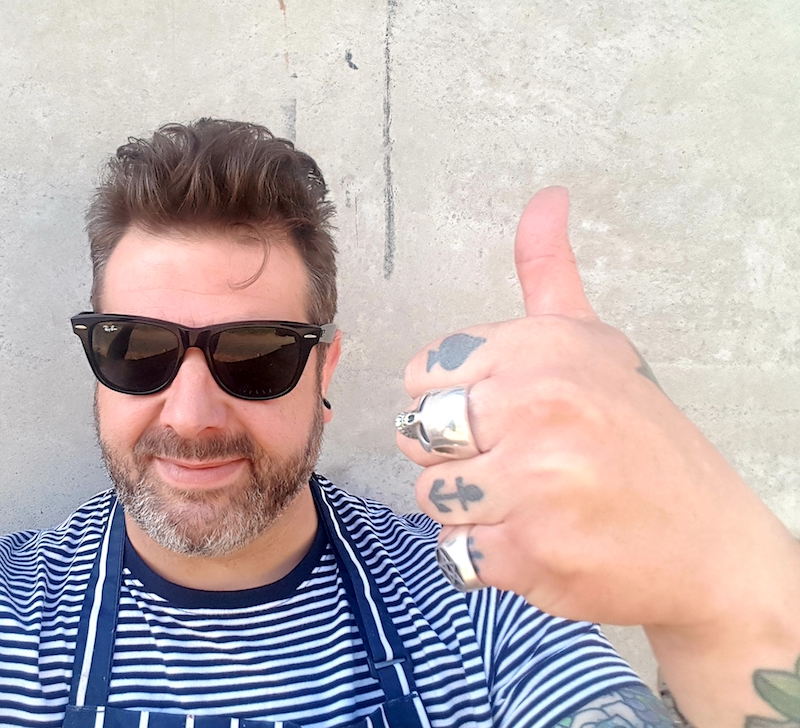 A hare I might leave for 2 to 3 days, and a pheasant – which can anyway be a lottery from a driven shoot – no more than 3 days. There’ll be people who read this and scream ‘not enough!’ but you go your way and I’ll go mine. As for venison, which I butcher and cook a lot, anything up to a week depending on size and species to let the meat set correctly for butchering, but most of all to develop flavour. But it is a bit of a double-edged sword, we all know about that dreaded word “gamey”… but to be honest, after decades of butchering and cooking I’ve yet to come across meat that was too gamey, so I guess I’m doing something right. 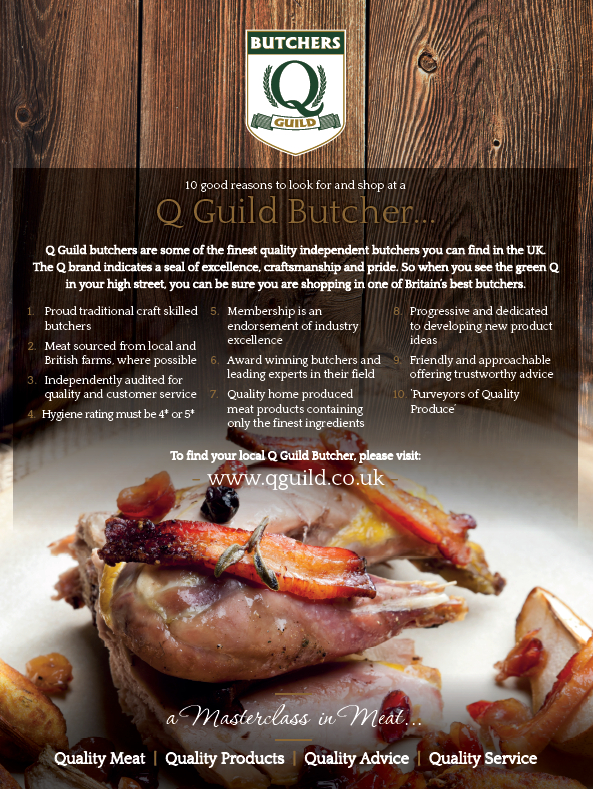 You are cooking for a dinner party at home with game as the primary ingredient: what would you serve for starters and mains?

Here’s one I did not so long ago, all based around venison. It started with wonderful hand-rolled venison samosa and a cucumber raita, followed by pan seared venison loin with sautéed cabbage, fondant potato and shiitake mushrooms with a red wine pan sauce. And it was very nice, thank you very much. So, something a bit like that I guess…

How can we make game more widely eaten?

Your question assumes that game is somehow ‘different’ to other meat, and that’s a big part of the problem. Many people have never cooked any game because it simply wouldn’t occur to them – it’s ‘not for me’. I don’t mean this in any derogatory way, it’s just that still, to this day, people think it’s elitist, aristocratic, out of reach. Plus people think, because of the mystique and supposed hassle about plucking and hanging, they wouldn’t know what to do or be bothered with it. Which is why, unforgivably, so many pheasants end in a big hole in the ground after a day’s shooting. The way I see it, the only way to get more people eating game is to erase the notion that game is only for the privileged, or for the 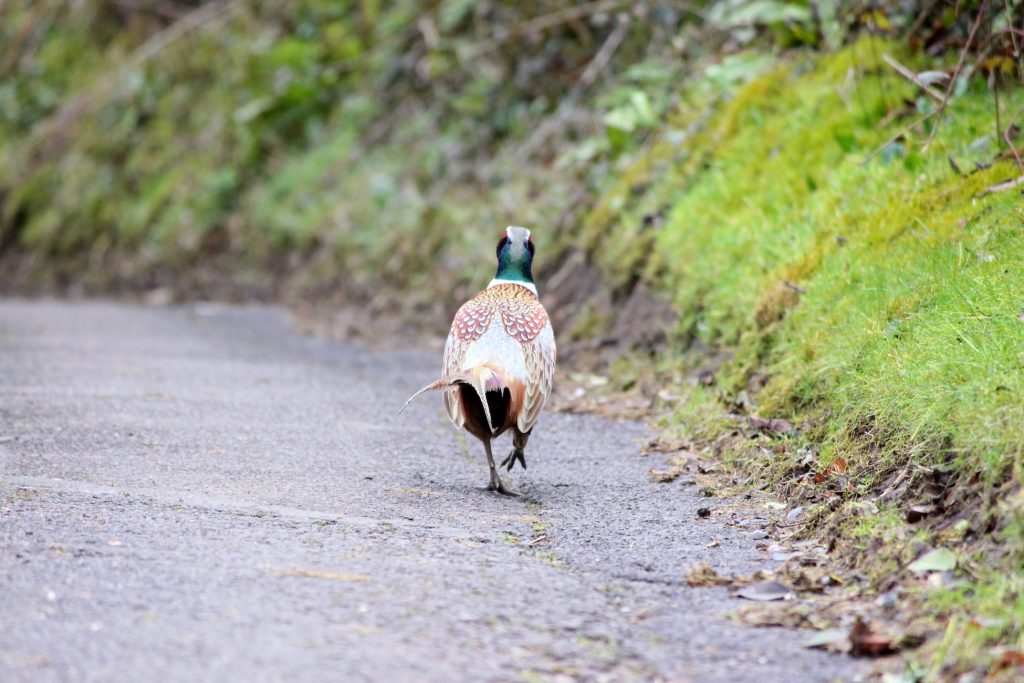