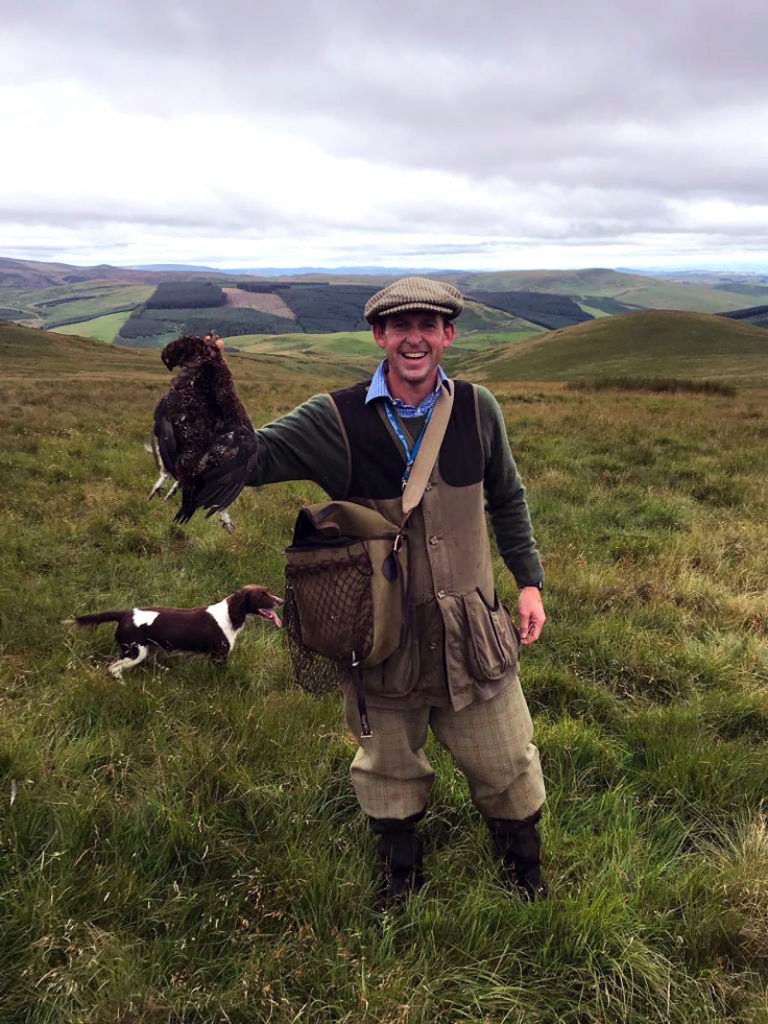 Simon combines his role on the main Board of Lycetts with being Managing Director of Lycetts Financial Services. A qualified Chartered Financial Planner, Simon also takes an active role in providing advice to private and corporate clients.

When I was a student at Newcastle University a good friend of mine used to invite a fun team to shoot with him at Kilfinan in Argyllshire and I remember a particular starter of pigeon breast and melon, which was truly out of this world. 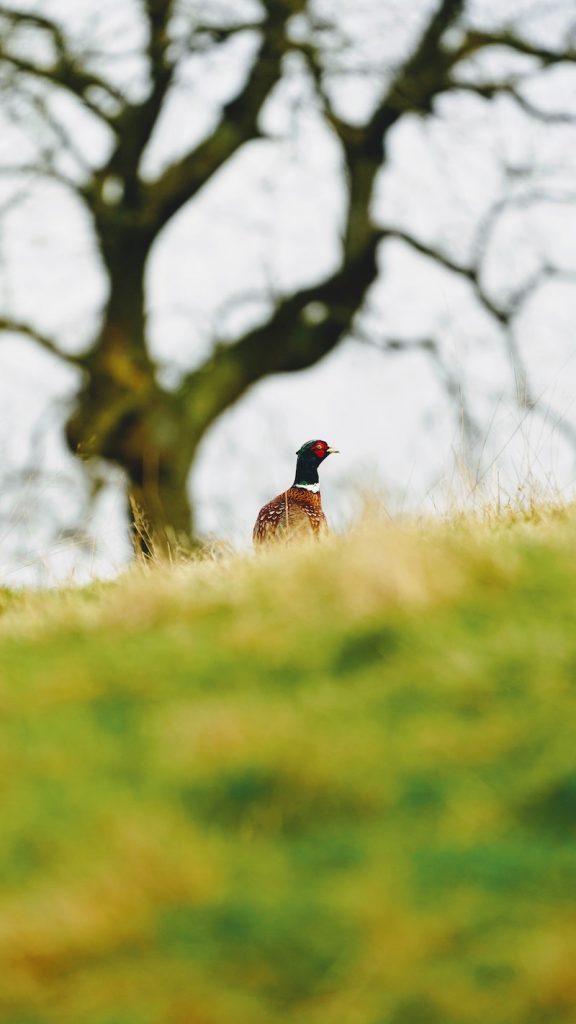 Sadly for my friend he had a disagreement with a Geordie in a kebab shop the night before (who broke his jaw), so had to have all his food blended so he could drink it through a straw (he still managed to wipe my eye the following day however).

The worst, but equally one of the most memorable, game dishes I have eaten was just after I joined Lycetts in 2002 (which is showing my age). As far as Lycetts was concerned I was in Scotland visiting new clients (what I refer to as ‘field networking’ – we didn’t have many holidays back then) but I was actually with a few friends at Bruar Estate, just north of Blair Atholl. After a long night playing poker we were sent for a very long and steep walk up behind the lodge to walk up some ptarmigan on the Munros Beinn Dearg and Beinn Gharbh. We were all lucky enough to shoot some and after a brief discussion whilst coming off the hill about getting these ‘first ptarmigan’ stuffed we chose the easier option which was to cook them for the whole party for dinner that evening; I would recommend that anyone else who has this quandary refers to the taxidermist!

My firm view on eating game is that there must always be a direct link between one’s quarry and the plate. Therefore, I view that all game should be eaten. It has, however, been a number of years since I tried jugged hare.

One of the advantages of living in north Northumberland is that there are very many wonderful places to shoot with equally generous and welcoming hosts; the best there are. I also enjoy the atmosphere and hubris many of the pubs in Yorkshire provide, particularly the night before an exciting day on the moor. This has often led to some bleary eyes and a little embarrassment during the first drive but very many fond memories. Four pubs that spring to mind are The Punch Bowl and The CB Inn, both in the Yorkshire Dales and The Lord Crewe Arms in Blanchland, Northumberland, although my favourite is my own local, the Percy Arms, Chatton.

It would be remiss not to mention my parents, who have hosted very many long shooting weekends with many friends and family. They are always very generous and enthusiastic and we always feed our guns pheasant or partridge too. »

Richard Sim, who produces some amazing food at Linhope and many other places is, I think, top class and always aims to produce game for shooting parties, which I think is really important. I regularly visit the Potted Lobster, his excellent restaurant in Bamburgh, after a dunk in the North Sea. The pheasant popcorn starter is epic and when washed down with a good Bloody Mary, after the ‘dunk’, this combination provides the best cure for any hangover.

I am currently one of the Northumberland Ambassadors for the Country Food Trust and I think they are doing an absolutely brilliant job.

The Country Food Trust was set up in 2015 with the ambition of donating as many meals as possible to some of the 14.2 million people* who live in poverty in the UK, with something that is protein rich, delicious and nutritious. Since the charity’s inception, The Country Food Trust has produced over 1,300,000 meals for people in need and donated those meals to over 1800 charities. The charity is funded by individual, companies, shoots, trusts and other charitable organisations and is helped by a growing number of county ambassadors as well as its Patrons David Gower, Mark Hix and Phil Spencer.

Tim Woodward, CEO of The Country Food Trust said: “We passed the 500,000 meal mark in January this year and are on course to pass 1,500,000 in August thanks to the work of our supporters like Simon and the generosity of so many people who share our ambition of making a difference to those most in need.”

* In 2017, the Social Metrics Commission estimated that 14.2 million people in the UK are living in poverty. For more information about the work The Country Food Trust do or to become involved visit thecountryfoodtrust.org.

This is a very difficult one to answer, but I was a (small) part of the team who still, I believe, hold the record bag for a well-known grouse moor in Durham. I had always thought these records were to be held by the great and the good, but the team was very mixed, with one gun having only his second day shooting grouse! It was a truly remarkable day and one I will never forget.

My initial thought would be to venture across the world to somewhere exotic, but actually on reflection, it would probably be to go to a very exclusive and private shoot in Scotland for three days; one on the river, one on the low ground and a day on the hill. 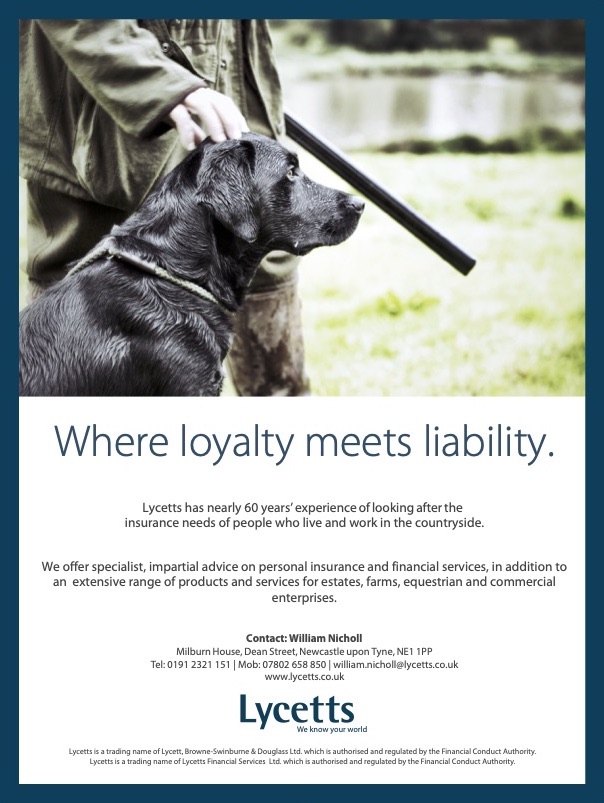 The team would be the members of the VPA and on our last night we would eat lots of shellfish to start, washed down with white burgundy, followed by grouse, masses of bread sauce and crunchy game chips with some seriously delicious claret. To finish we’d have Paul Kirby’s Northern Counties Club cheese soufflé and at some point some ’77, ’63 or ’45 Port.

This is one of the most important issues facing shooting at the moment and one of the reasons I am such an avid supporter of the Country Food Trust. I am also a stickler for always accepting game at the end of each day and regularly upset my long suffering wife with the amount of game brought home, although I do often admit to breasting a pheasant or partridge which can easily be popped in the deep freeze for a crisis moment.

In terms of shoots, I believe that they should be entirely accountable for ensuring that their game goes into the food chain and ideally this should be done locally; the use of local game dealers is key. I know the British Game Alliance is doing some excellent work on this front, but it is imperative that all the relevant stakeholders work together for us all. There are so very many benefits of eating game. One of the things that I am trying to encourage shoots to do is add a voluntary pound per bird donation facility on their invoices when they let any shooting days. This would be predominantly to support The Country Food Trust but perhaps a better answer would be to support a range of countryside charities and the BGA. If this is done across the countryside it would not only solve the huge issue of hunger with a nutritional diet for people in need, but also helps give a very strong message that, as a community, we are very conscious about the countryside and crucially the end result and product of game. //