Overlooking the vale that shares its name, in one of England’s most celebrated sporting landscapes, Belvoir Castle in Leicestershire remains a hallowed spot in shooting circles. Since 1508 the site has been home to the Manners family, first Earls then from 1703 Dukes of Rutland: we spoke to Her Grace Emma Manners, the current Duchess, about Belvoir’s sporting life.

The story of the buildings that have successively occupied this site is not a lucky one. The first Norman stronghold had fallen into ruin by 1464, with a new edifice erected by John Manners, 9th Earl of Rutland, in 1528. Destroyed in 1649 during the Civil War by the Parliamentarians, within twenty years its replacement had been completed, to be further rebuilt and reconfigured in Gothic Revival style between 1799 and 1816. In which latter year it was almost totally destroyed by a great fire, during which were also lost works by among others Reynolds, Rubens, Titian, and Van Dyck.

Rebuilt by 1832 to the same design, the current castle occupies the same lofty position as its forebears – as John Leland wrote in the 16th century “on the very nape of a high hill, steep up each way, partly by nature, partly by the working of men’s hands” – and from this commanding position can be seen almost all of the spectacular 16,000 acres on which are shot Belvoir’s estate reared birds. “We’ve got around 75 drives on the estate. We have pheasant, and partridge, and some walked up days, and we also have a grouse moor near Sheffield.” This latter has been a notable achievement. “It’s around 6,000 acres. We’re working to get the heather back, and it’s the first time in about 150 years that the estate has been open for sport.”

On the Belvoir estate there are two options for those who wish to form a shooting party: in the castle, or in one of the two shooting lodges on its outer edge. Each season around 40 teams of guns will stay in the castle enjoying the state rooms and the delicious locally sourced meals served in the private dining rooms. Looking after guests is a permanent team of 35-40 staff led by Shoot Captain and Estate Director Phil Burtt, swollen by anywhere from 50 to 150 part-timers on shoot days. “We have over a hundred let days a year, so they get quite a lot of employment. I always go for locals. I want to support the local community and I like to find people from the area.

“Then there are the people who look after our birds of prey. We’ve got harris hawks and owls that police the castle roofs and stop the pigeons and vermin coming in.” Echoes of the forthright advice to Queen Victoria – ‘Sparrowhawks, ma’am’ – given by a more recent addition to the ducal roll regarding the small birds polluting the Great Exhibition, and an excellently organic solution to a common problem. Either full- or part-time, the Leicestershire and Derbyshire shoots occupy some 25–30 to handle the catering side of the operation. Which brings us round to the meat of our discussion. 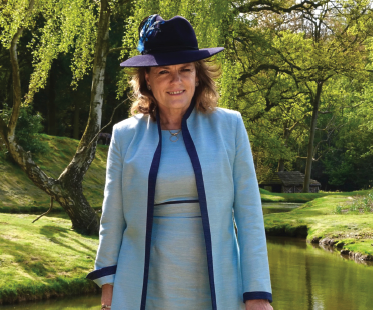 The average size of bag on a pheasant or partridge day is 250. And how many of those do the guns generally take with them? “Well, none really. “ And would you like them to? “Of course. The problem is that they don’t know how to cook it. I tried giving them oven-ready, but they still didn’t seem to want it.” For shame, ladies and gentlemen. So what happens to the birds? “I feed all the people that stay with the birds – we make a really good game pie. The beaters and keepers are always happy to take birds away, and we’ve just opened a retail outlet on the estate [The Country Victualler] where we’re developing selling our game. We also have an excellent relationship with Lincolnshire Game, who take all the game we offer them.”

It is however a very different approach that most piques the interest. For several years Her Grace has been supporting Earlesfield Community Church in Grantham, supplying food for their curry nights, and with her mother often going in around the festive period to help with the church’s charitable work. “What we do is make up a pheasant korma, with rice and poppadoms, for the homeless and less privileged. And they love it.” I assume that nobody will think to accuse Talking Game of being an organ of rabid political ferment, but at a time when significant numbers of the citizens of the world’s sixth largest economy require support from food banks, this is an altogether praiseworthy solution to the moral issue shooting presents to its adherents and supporters. It’s clear that Belvoir is facing up to the challenge presented to all shooting estates with imagination and an awareness of its responsibility both to the birds it raises and kills and to wider society. Noblesse oblige indeed. 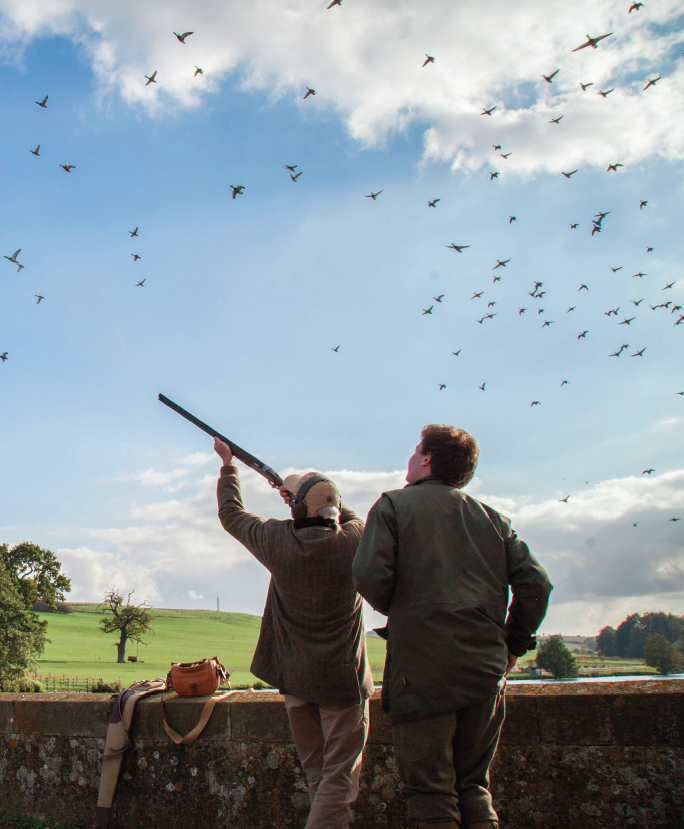