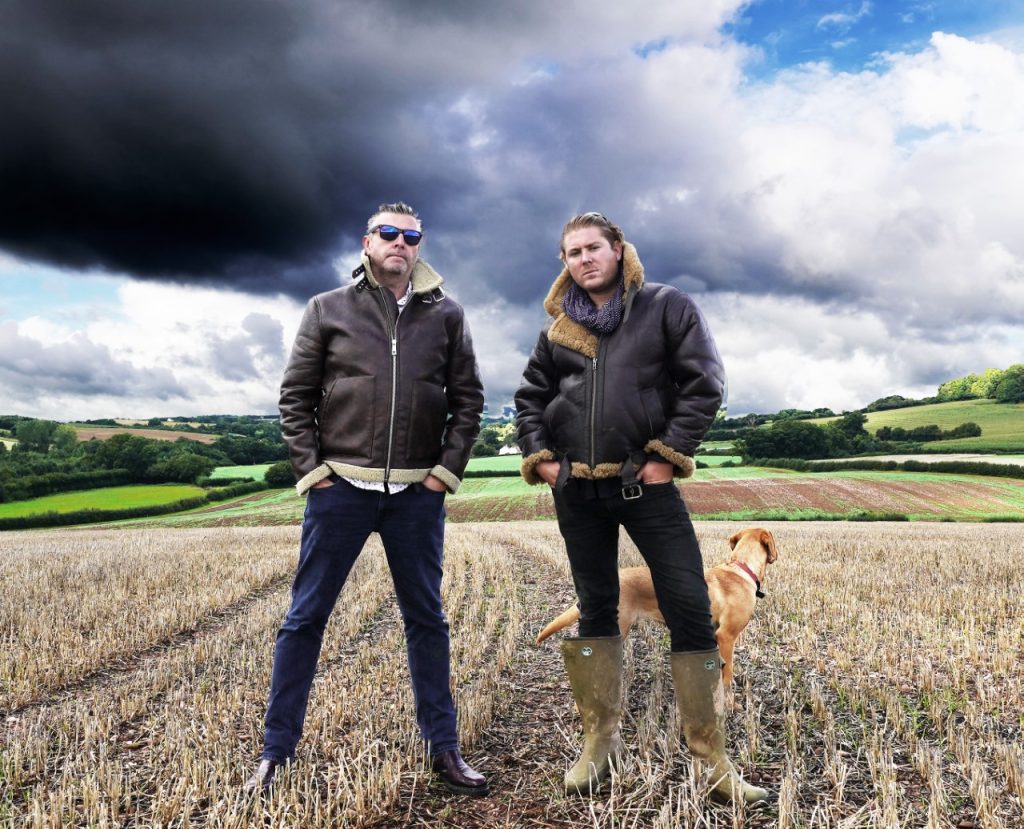 Who or What are The Wild Scoundrels?

The Wild Scoundrels is a video and social media project set up by writer and filmmaker Tom Radford and award-winning game chef Jaimie Haselock (Gamey Jaimie). The idea was born out of a nostalgic and deeply fond love of old-school TV chefs like Keith Floyd and Anthony Bourdain, and a dislike for some of the more formulaic cooking shows we have today.

This is not a reflection upon the chefs, just the slightly saccharine delivery that seems endemic across the genre. This also extends to shows about the countryside which, in general, seem to be a bit one dimensional and portray country matters and people as a bit sleepy and parochial.
Both Tom and Jaimie grew up in the countryside and know it to be a place full of vibrancy, colour, character and fun. The idea was really to just sex it up a bit and have a great laugh. You know, like the way Top Gear did for car shows.

What about the food?

Jaimie likes to cook with good, local, British ingredients. Despite the moniker ‘Gamey Jaimie’ he doesn’t only cook game and enjoys nothing more than inventing dishes with whatever he can find around him. It’s a real passion, he literally gets up in the middle of the night and scribbles down recipes and illustrations in his notepad. Tom has always held a deep fascination with wild and foraged food, right back to eating primrose leaves, crab apples, oyster mushrooms and penny buns as a child in the New Forest. Both of us are advocates of hunting where it is sustainable, animal welfare is observed and – most importantly of all – what is shot is eaten. Wild food is simply healthier nutritionally and we want to get more people to try it, both for their own good and for the good of the rural economy.

How are you going about promoting game?

Apart from cooking with it and extolling its virtues through infographic content we’ve also recently been doing a project called #Roastdonation where we donated roasts and cooked meals made from venison and pheasants to the homeless at Canonsgrove House in Taunton. It was heart-breaking to see so many people struggling, many of them ex-servicemen and women, who had fought for their country. We wanted to show that game is something for everyone, not some elitist food, and that its nutritional benefits are absolutely the best thing to give people who are struggling with health problems or malnourished.

During the lockdown there has been a deep focus on local produce and producers, and it seemed like the right time to work with the prevailing zeitgeist and make a show around that. Local producers and the hospitality industry have suffered terribly over the past year and we aim to support them and give them exposure wherever we can. Especially those who have stuck to their guns, putting sustainability, animal welfare and quality ahead of mass production and intense methods. Quite apart from that, the quality of local food in the UK is second to none. Through Jaimie’s recipes and Tom’s banter we can really explore that. 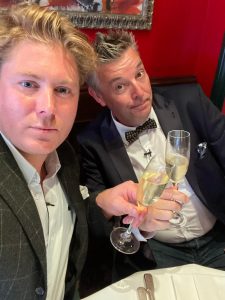 Originally yes, Tom grew up in the New Forest near Lyndhurst and Jaimie in Somerset beside the Quantocks. They’ve been away for many years.  Jaimie in London, among other things working as chef, running his own restaurant, selling wine and later private cheffing. Tom also did a stint in the capital before moving to Kent, then ending up in Singapore for six years where he ran his video production company. But both have recently succumbed to the call of the wild. Jaimie has already relocated to Somerset and Tom, currently in London, is waiting for the opportunity to do the same, probably to Dorset. The West Country is, in their opinion, the most beautiful place in the world and therefore the perfect setting for the show.

Well, there’s a funny story there. Originally the project was called Wild B*stards, which was great at grabbing people’s attention. Sadly it wasn’t practical, because the name is considered a profanity by many organisations which would likely impede publicity. It’s difficult to promote something when advertisers and publications won’t talk about it. So reluctantly it was changed to Scoundrels. However the name has stuck and in many ways it’s a better fit. It’s a good old fashioned British word that tells you that whatever we do, it’s going to be a bit cheeky.

So what’s the plan?

Like so many things the project has been put back time and time again due to the lockdown, but now things are opening up the plan is to shoot episode one in May, using it as a pilot that will be pitched to all the key networks. With a production company on board and a script nearly done it’s full steam ahead. It’s very exciting really because we’ll finally get a chance to tell the stories of the local food people and the wonderful things Jaimie can cook with their produce. To really get people excited about the energy and power of the countryside as a beautiful food machine. To explore all the fun, healthy and delicious things that grow on its shores and hedgerows.  Also to bust some of the myths and tackle the controversy around subjects like hunting and farming. To get people talking about the challenges they face and prove that countryside is in safe hands with the people who manage it. You know, tackle the rural/urban divide head on. And have a bit of fun!

And you do food reviews too?

We do a little thing called ‘Bitesize Reviews’  where we rock up at pubs, restaurants and food markets and just talk about how much fun we’re having. We talk about the food too but also the ambiance, the staff and more. The idea is to big up places as entertainment, not just food. You don’t go to a restaurant or a pub just because you’re hungry; it’s much more than that. Most of all we have a great time and try to convey to the audience that if you come to the venue you’ll have a great time too. Seems like a better way to promote a place than just some still shots of what you eat.