I am embarrassed to say it was nothing more than pure greed. I love to eat well, and solace myself in the thought that in order to cook well you first have to know how to truly eat well – and on that front at least, I think I certainly do!

The knowledge of having done justice to a fine ingredient, especially if that ingredient was once a sentient being.

The sad necessity of having to be indoors so much!

Despite being in constant supply, it has to be the pheasant – it ticks a lot of boxes for me. It has enough flavour to be interesting, without so much as to make one sick of it (I don’t think I could eat grouse every day). It has more texture than partridge and its versatility knows no bounds.

Just think about the animal you have in front of you before you begin. It has lived a life outdoors and has worked ten times harder than a farmed animal, so don’t expect the same treatment to always bring the same results.

Would you cook fillet of beef in the same way as shin?

The difference between pheasant breast and leg can be the same, especially with an older bird. Try to ascertain the age of the animal and go from there. An October hen pheasant can be roasted whole and be beautifully succulent and tender – a January cock less so.

What game in particular, benefits from hanging?

The only animals I have ever enjoyed eating on the day of its slaughter is young grouse and fish. Everything else, game or farmed, I feel benefits from a few days minimum, but it absolutely must be in a controlled environment. Too warm and/or moist and the results can be disastrous.

Is there a particular game dish you serve regularly?

We fried up around 80,000 pheasant goujons this summer, so I suppose that was pretty regular! They are always a crowd pleaser, a perfect introduction to game for those who are unfamiliar with the meat, and the best thing is that kids love them too. 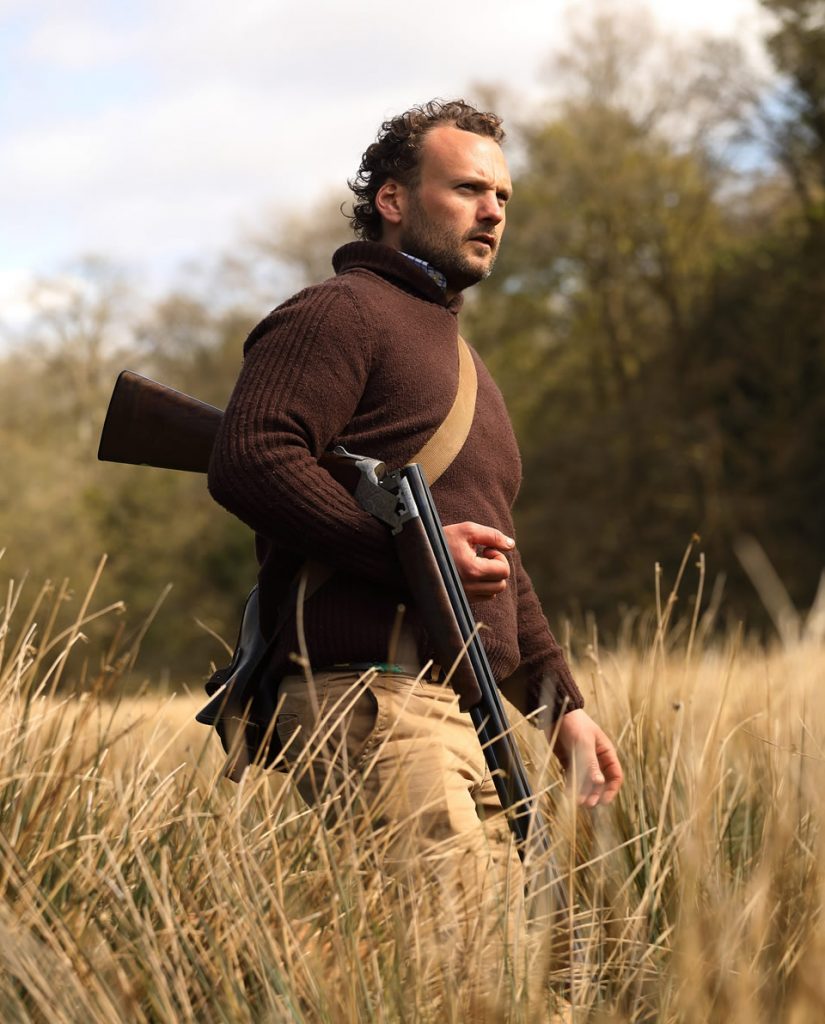 You are cooking for a dinner party at home – with game as the primary ingredient, what would you serve for starters and mains?

It would depend on the time of year, but we might start with some of my game salamis, and in summer it would have to be something on the BBQ, perhaps a few pheasants that had been brined for a three days, cooked until smoky and crispy with plenty of garlic and herbs then hacked into quarters so as everyone could get nice and messy… In winter I like my food big, rich and indulgent, so something like truffled pheasant with a truffle cream sauce.

For me it’s more about the holistic sustainability of eating game than simply its fine flavour. By choosing to eat game you are supporting an industry that is ethically, environmentally and economically sustainable and beneficial to the rural landscape, and what we have left of true rural communities.

I think it is up to those most in direct contact – both guns and shoot owners – to take more responsibility in promoting the meat that is a product of the sport. And for those involved, that starts at home. On a wider scale I think it is unrealistic to expect dead game in the feather to become a popular choice for supper, and I am convinced that the answer to any current issues lies in both adding value to the meat and making the cooking and eating of that meat as convenient as is necessary for the modern existence.

The best game I have ever eaten has not been in swanky restaurants charging small fortunes, but out in the wilds in which it was harvested, cooked simply over fire, with nature and a day’s hard toil for seasoning… Occasionally these same situations have also created the worst!

I’m not a big fan of waterfowl that have been feeding in dirty ditches… and sadly there’s sometimes no way of knowing until the end!