(The opinions expressed are those of the author, and do not necessarily reflect the editorial policy and views on gender relations or divisions of domestic labour of Talking Game. We hope that’s very clear.)

My wife complains, volubly, that I shoot some 20 odd days a year. Well she should thank her lucky stars. Looking back through an uninterrupted series of game books going back to 1880 I note that my grandfather and his brothers, when at home, went out shooting, end of story. They would come home for September and shoot virtually every day! It was all walked up wild partridges then, and what fun they must have had; no big bags, but regularly shooting five or six brace and on average only three guns out. In 1887 they had a bonanza year and shot some 200 brace over thirty days in September and early October. But then as my old land agent was told by an aged solicitor when he first came down to Devon; “land agency is easy, just go out shooting.” Not quite such a stupid remark then as it might seem to the modern man now.

As a boy, even though the wild partridge population had become much diminished from its pre First World War heyday, I still went out after them with my father, hunting them from arish fields (Devon for a stubble field) into mangold worzels or turnips on boiling hot September days. We covered virtually every field on the estate, clambering over every gate as, for some reason which is beyond me, the Devon farmer then thought it beneath him to make sure his gates opened and swung. The result of all this activity is that by the time I was a teenager I knew every field, every gate, and indeed every one of my father’s 3,500 acres.

The bags were minuscule by the time I started shooting, one or two brace in a day, but it was fun. The excitement of looking over a gate and seeing a field of thick clover or turnips: such promising cover, and one hoped surely just where Mr and Mrs Partridge would fancy spending the day. Then very carefully getting over said gate and immediately loading before lining up and advancing slowly through the field. Suddenly the ground exploded around one as a covey arose having sat tight. Everyone fires, a bird falls and the covey is away and my father is shouting; “Mark it. Mark it to ground.” At which command the gun nearest the hedge over which they have disappeared clambers up it to see where they have gone.

What though of the game that my grandfather shot? On the opposite page in the game book is a list showing how the game was disposed of. Then of course game was a luxury item, as it still was right up till the early 1980s. My father at Christmas used to despatch braces of pheasants, in the feather, to his aged cousins and aunts scattered over the country. All he did was to tie a label round the birds necks with the name and address of the lucky recipient on them, give them to the postman, and next day they would be safely delivered; that’s how good the Royal Mail was then! They would be a very welcome present. Not only aunts and cousins got their Christmas brace, so did all the tenant farmers. Pheasant, in fact all game, was a luxury food. In modern money terms my father would have sold his birds for approximately £25 a brace to a game dealer and by the time they turned up on a butcher’s slab they would be double that.

My father had restarted the shoot at Fulford after the war as a syndicate, its members almost without exception retired Colonels and Generals happy to turn their attention from

killing Germans and Japanese to trying their luck at pheasants, partridges and the occasional woodcock. It seems most of them had been better at shooting Germans than they were at Dad’s pheasants, as his game book is littered with remarks such as ‘shooting poor’, ‘first class guns would have got 30 more’ and so on.

Just as my father restarted his shoot so did a lot of other Devon landowners, and he spent some 40 winter days a year tramping over his friends’ lands as well as his own for what today would be considered very modest bags, ranging from single figures to just over a hundred, then considered a very big day. And tramp they did. No wafting around in heated Range Rovers or the like. Back then you shot ‘a beat.’ You walked from where you met, and you walked all morning from stand to stand and then walked back for lunch, no elevenses either. By modern standards lunch was Spartan. A glass of sherry, a bottle of beer to wash down a stew followed by a glass of port, and then out for another afternoon of walking. At the end of the day the keeper would lay out the game on the grass for the guns to see and each gun would be given a brace of birds if there were enough in the bag, which often was not the case. And no one ever refused a brace.

Then of course not only was a brace of pheasants of value, but wives knew how to cook them. Roast pheasant with bread sauce and breadcrumbs, peas and roast potatoes was a great treat when I was young and still is if done properly, or perhaps I should say if underdone properly. Nothing destroys game more than overcooking.

Things are of course very different now. The enormous expansion of pheasant shooting as a sport over the last 30 odd years has meant that the rules of economics have come into play, and as supply has outstripped demand the price of birds has plummeted. Falling price then brings into play another rule, one of psychology: if something is cheap no one wants it; make it expensive and everyone wants it. In other words the fall in price has not increased demand, but rather the opposite. 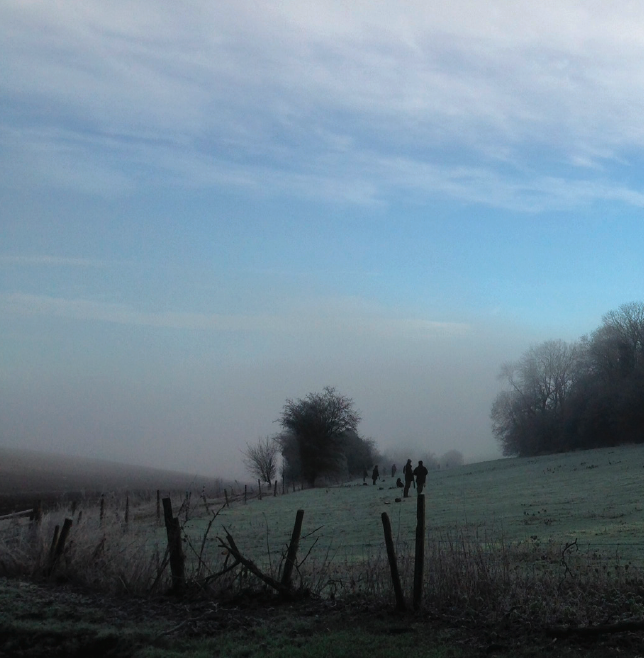 Oddly the same attitude seems to have percolated through to those who actually shoot the game, or perhaps to their wives. When guns refuse a brace of birds at the end of the day is it they or their wives doing the talking? Is it the wife, who when presented with a brace of pheasants or partridges by her husband when he returns from a hard days shooting, groans instead of being thrilled? If so this might well explain guns’ reluctance to take a brace home. One’s wife is probably quite grumpy enough already, knowing that you are out having a really jolly time while she is doing the household chores, without annoying her further by producing something which she hasn’t a clue how to cook. Education is, of course, the answer. Shoots should ‘adopt’ a local girls’ school and provide the ‘Domestic Science’ class with an unlimited supply of game during the season. The end result would be that when those girls got married they would happily feed their husbands on game as they would know how to cook it.