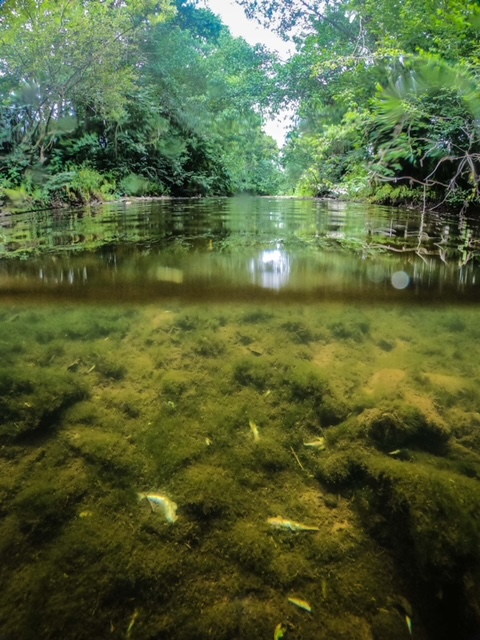 Not one for underestimating the romance of a daffodil and nature, William Wordsworth perpetuated solace from the banks of the River Wye, back in the late 1700s, when he wrote ‘O sylvan Wye! thou wanderer thro’ the woods’…

Today’s Wye, however, like many rivers in England and Wales, is choked with dark algal blooms caused by the discharge of untreated sewage and, in particular, the toxins from huge scale agricultural run-off.

The scale of this tragedy is partly due to a decade of funding cuts to the UK’s statutory environmental protection agencies. It has meant there is very little inspection of how much water is abstracted from our rivers, and what gets flushed into it from polluters. Prosecutions, too, are almost non-existent.

Raw sewage caused the ‘Great Stink’ on the River Thames in 1858 when London’s summer heat fired the stench of centuries-old fermenting human excrement to such a degree that action had to be taken. But it wasn’t because ancient sewers had clearly lost pace with the growing population in the Industrial Revolution. And it wasn’t because of the many outbreaks of killer diseases and cholera for years; no, that was put down to the river’s fetid air. It was when the stinking open cesspit coursed under the windows of the newly built Houses of Parliament, and literally under the noses of MPs, that politicians finally acted and commissioned Sir Joseph Bazalgette to build new sewers. Over 160 years later, despite a thorough clean-up of our rivers in the last century, we are practically back to square one. Only this time there are further complications to waft under politicians’ noses. 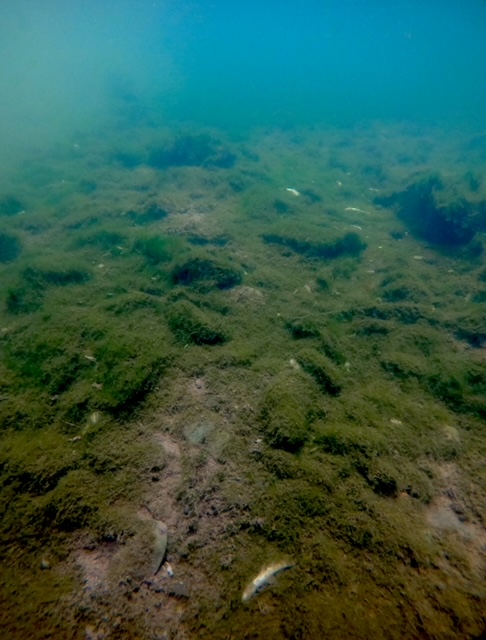 As well as human excrement there are also vast quantities of animal slurry in our watercourses. River Action focuses on the effects of agricultural and food industry practices. They tweeted one example in February this year with the picture of an astonishing 20 tons of fresh chicken manure dumped on flood plains within yards of the watercourse, just before the heavily forecast named storms. Wales has averaged three agricultural pollution incidents per week over the past three years.

If it wasn’t for volunteer citizen scientists gathering data, no one would know that more than three million tons of precious and irreplaceable topsoil are washed into our rivers each year, too, along with its cargo of toxin-loaded agricultural run-off.

“These problems are all a far cry from my memories of fishing as a boy,” Charles recalls: “I remember, back in the early Seventies, fishing on the River Test in Hampshire, from the age of about six, with my grandmother. She loved fly fishing, and probably fished more than 200 days a year. We were often out until dark on summer evenings before packing up, and before we drove home the first job was always to turn on the wipers and clear the windscreen from all the splattered bugs and flies. Today, there is a total depletion of fly life on our famous chalk streams and rivers across the country.”

Given the amount of crap in our waterways, you would think it would be a haven for flies. But dropping water levels caused by abstraction can strand river fly eggs and larvae, and those that hatch are vulnerable to chemicals and pesticides in agricultural run-off.

Flies aren’t the only ‘canary in the cage’ testing the waters. Charles continues: “Critical river vegetation such as water crowfoot (Ranunculus), the building block of life in the river and vital for fish and invertebrate life, is also struggling for survival. Over the last two years, on the River Wye, 95% of a 70-mile stretch of once healthy Ranunculus has been killed off by suffocating algal blooms caused by agricultural pollution. This is an unmitigated environmental disaster.”

It’s hard to believe that in 1967, the River Wye was one of Britain’s finest wild Atlantic salmon rivers with an estimated 50,000 salmon running the river with many adults returning and supporting the neighbouring Severn, Usk and Taff. According to figures from a report by Natural Resources Wales (NRW) in 2019, runs have declined to an estimated 2,000 to 3,000. “The impact of these recent Algal blooms is so severe,” explains Charles, “that if you’re a salmon, you have very little chance of swimming up river to find the conditions to spawn in clean water and sustain your salmon parr once hatched. An alarming 10% or our river species face extinction, including the Atlantic salmon and European eel.” 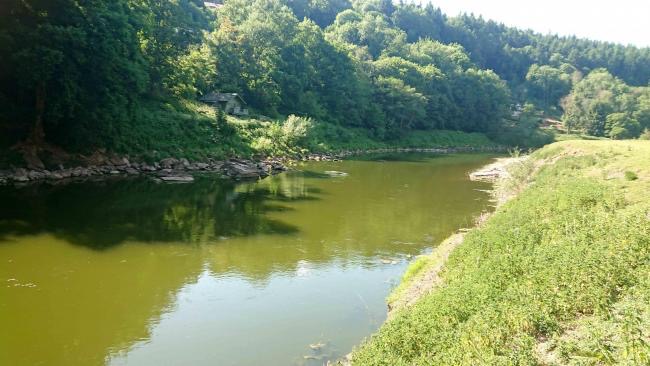 The Wye has also been significantly impacted by the rapid increase in poultry farms. “In the old days,” explains Charles, “the Environment Agency would have objected to planning applications for all these huge poultry farms because of the obvious pollution implications. However, with the agencies so underfunded, hundreds of intensive poultry unit planning applications have been waived through by county councils without objection or intervention by the relevant government agencies.”

It is estimated that in the last five years the number of chickens being reared in intensive livestock production units in the Wye catchment has doubled to over 20 million birds. This equates to hundreds of thousands of tons of chicken muck that is spread through the year across the catchment, adding to the existing burden of sheep and cattle manure and subsequent run-off into the river. While farmers are obliged to adhere to government guidelines for manure management, in the absence of regular environmental inspections there is no one to check, or to press charges where there is non-compliance. 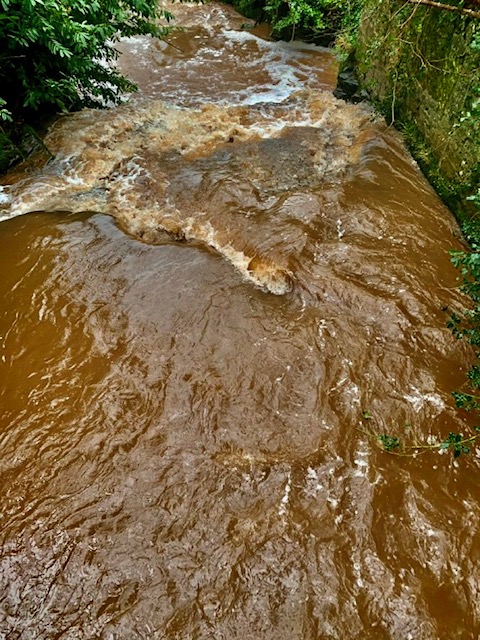 From a virtual office running on donations, Charles has volunteered with a small team of freelancers and a PR company to work collaboratively with over 50 different organisations around the country to combat river pollution.

“We are best seen as facilitators supporting local citizen science groups, raising money to fund testing equipment and to call out the offenders and take them to task. We have contacted the major poultry producers in the Wye catchment and offered to work with them to avoid unnecessary pollution.

A number of farmers and producers are starting to support our arguments. For example: Avara Foods – a major producer of chicken meat sourced from the Wye, went as far as admitting responsibility for their part in polluting the river.

They stated publicly: ‘We are part of the problem therefore we must be part of the solution.’ Whilst this was incredibly significant, with one of the largest poultry players finally confirming the industry’s culpability, the progressive farmers are very much in the minority and there are still many others who continue with bad manure and soil management practices.”

River Action UK has launched an urgent public call for a new ‘Plan to Save the Wye’ in order to save the river and its tributaries from irreversible environmental damage. “We believe,” says Charles, “that a mandatory catchment-wide Nutrient Management Plan must be implemented with immediate effect with the Environment Agency and Natural Resources Wales working in close cross-border collaboration.”

The key actions of the plan, listed here in brief, must comprise:

In February, Environment Minister, Rebecca Pow, visited the River Wye on a fact-finding mission to understand the ecological destruction on this iconic river. But she chose only to meet with the farming community and government agencies, and not with the representatives of the many local non-governmental organisations and citizen science groups who have worked tirelessly towards resolving the pollution crisis on the Wye.

In an unprecedented move, over 20 of these institutions (representing all the major independent environmental groups that are active in the Wye catchment) have now joined together to write to Minister Pow, as well as to local MPs, to urge her to look beyond voluntary farmer-led initiatives and to support the implementation of River Action’s ambitious ‘Plan to Save the Wye’. The groups also urge the minister to meet with them at the earliest opportunity to discuss the issue further. 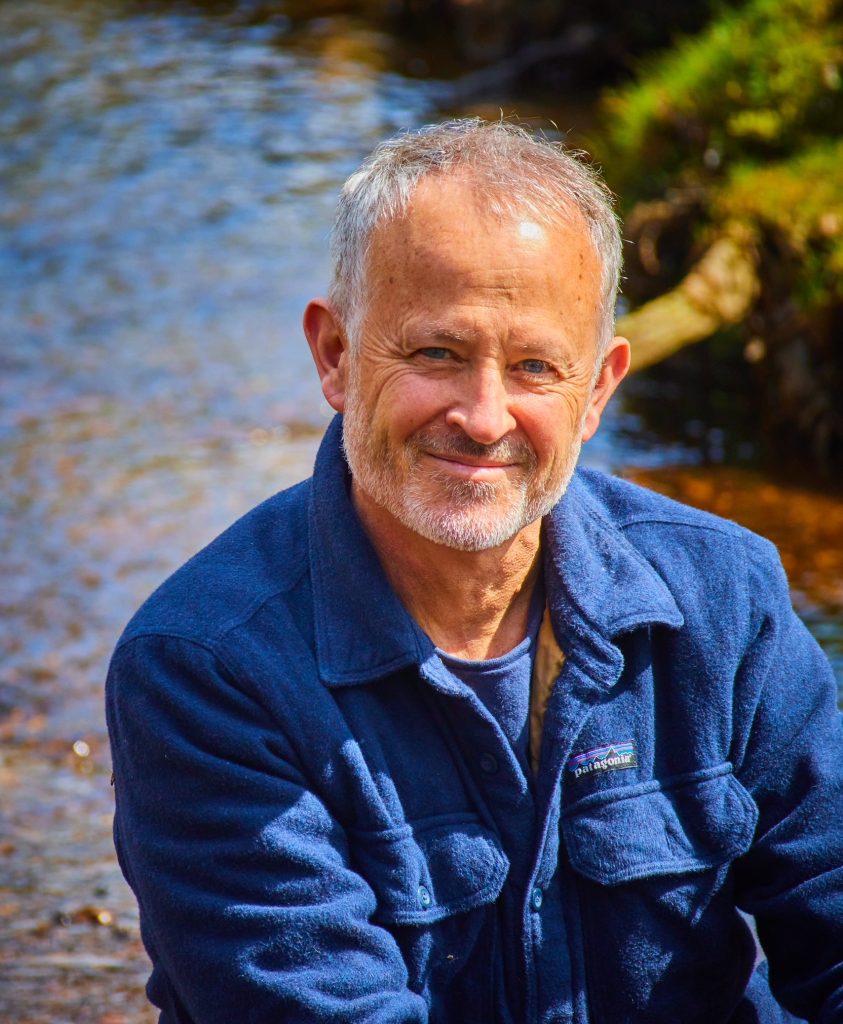 River Action will continue to lobby the government until they are heard but they need support.

See their website www.riveractionuk.com and follow them on social media.Write to your local MP about concerns.Consider making a donation to the charity and sign the petition calling for a doubling of the environmental protection budgets of the Environment Agency and Natural Resources Wales, and let’s all help bring Wordsworth’s romance back to the river.

WORDS BY – Jane Pruden
Thanks to Charles for his invaluable contribution